By: Deborah Spicer     18th October 2002 Increasing numbers of companies are getting their mineral rights and licences valued as a result of the Mineral and Petroleum Resources Development Bill and proposed new accounting requirements which will stipulate that firms need to have these assets valued as part of corporate-compliance... →

By: Terence Creamer     18th October 2002 A leading mining lawyer has raised a concern that South Africa’s new mining legislation may have the unintended consequence of discouraging prospecting due to a lack of clarity on the role that black economic empowerment (BBE) should play within that phase. →

Saleable products from discarded coal slurries are made possible

By: marisa rodrigues     13th September 2002 The collaborative research programme set up to address the specific needs of the coal mining industry in South Africa, Coaltech 2020, has achieved some exceptional results. →

Royalties and the Minerals Bill

By: Hulme Scholes     13th September 2002 It is apparent from draft 15D of the Mineral and Petroleum Resources Development Bill, that the legislature intends to cancel financial considerations payable by mining companies to mineral right holders, pursuant to commercial transactions concluded prior to the promulgation date of the Bill,... →

By: Joanne Delaurentis     13th September 2002 Despite initiatives by the Chamber of Mines, the Department of Minerals and Energy (DME), research institutions and parts of the private mining sector to help foster growth in the local small-scale mining sector, these initiatives need to go further to include hands on mentorship and marketing... →

By: candice haase     6th September 2002 In the wake of the introduction of the Mineral Resources and Petroleum Development Bill, the Council for Geoscience has assisted the Department of Minerals and Energy (DME) in the development of a new mining cadaster for South Africa. →

6th September 2002 Two years ago, as part of the Deepmine Research initiative, The University of the Witwatersrand (Wits) Mining School started an extensive research programme on how government policies, taxes and laws impact on mineral investments. →

SA mining company is ready for a new mining-rights era

22nd August 2002 South Africa's mining industry said on Wednesday a meeting to forge details of a controversial charter had yielded a "common vision" on boosting black participation in the white-dominated industry. →

By: Martin Czernowalow     21st August 2002 Negotiations around the empowerment charter for South Africa’s mining industry will push on until a positive outcome is reached, the head of communications at the Department of Minerals and Energy (DME) told Mining Weekly Online yesterday. →

New mining law likely to be delayed until 2003

20th August 2002 South Africa's government said on Monday the enactment of a controversial new mining law was likely to be delayed by negotiations on a related money bill to set mining royalties. →

By: Hulme Scholes     16th August 2002 A colleague recently wrote with respect to the Minerals and Petroleum Resources Development Bill 2002, that the objectives of the Bill are laudible, but the “devil is in the detail”. →

15th August 2002 Government and the mining industry have agreed to meet on Tuesday next week in a bid to reach consensus on the proposed black empowerment mining charter. →

No single target for mining empowerment

15th August 2002 The South African government said on Wednesday it would not nationalise any part of the mining industry, after three hours of talks with global mining giant Anglo American and its diamond and gold subsidiaries. →

By: Deborah Spicer     5th August 2002 The profession of mining engineering, which has long been regarded as the preserve of white males, is about to admit the first black woman to graduate from the School of Mining Engineering at the University of the Witwatersrand. →

19th July 2002 Name of the project and location Electrolytic manganese dioxide (EMD) processing plant. Project description Mineral research body, Mintek, has signed an agreement with the US Trade and Development Agency (TDA), which will provide a grant of R2,1-million to determine the viability of an EMD... →

By: Irma Venter     19th July 2002 While it is expected of the new Minerals and Petroleum Resources Development Bill to create a more representative mining industry in South Africa, the Industrial Development Corporation (IDC) Entrepreneurial Mining and Beneficiation unit is quietly achieving precisely this. →

Mlambo-Ngcuka on the minerals Bill

12th July 2002 Those who have eagerly and impatiently waited for decades to share in the country’s mineral wealth have argued that the new Minerals and Energy Resource Development Bill, which met with the approval of parliament last week, does not go far enough. →

By: Hulme Scholes     5th July 2002 The transitional arrangements provided for in Schedule II of the recently published second draft of the Mineral and Petroleum Resources Development Bill, grants to the holders of prospecting permits and mining authorisations issued under the Minerals Act who are actively conducting prospecting or... →

5th July 2002 Government and the world’s leading platinum producer, Anglo Platinum, has established a three-a-side committee to facilitate the finding of an amicable solution to the problem regarding the processing of mining applications. →

By: vanessa vasques     28th June 2002 The economic impact of platinum on the South African economy has over the past few years not only grown, but become more of a focal point for those involved in the industry. →

27th June 2002 Following her presentation of the new Minerals and Petroleum Resources Development Bill to Parliament earlier this week, Minerals and Energy Minister Phumzile Mlambo-Ngcuka has commented that the Bill is the culmination of years of hard work by a team of people, all of whom were determined to... →

27th June 2002 Two of South Africa's most prominent black businesswomen, Louisa Mojela and Gloria Serobe, have strongly criticised elements of the South African mining industry for their opposition to the new Mining Bill. →

26th June 2002 Minister of Minerals and Energy Phumzile Mlambo-Ngcuka has held out an olive branch to the world’s leading platinum producer over the granting of mining licences. →

26th June 2002 South Africa's mining minister yesterday said she would advise President Thabo Mbeki to send a new law shifting mineral rights from private to state hands to the Constitutional Court before signing it into law. →

25th June 2002 Given the size and historical importance of the South African mining industry, it was inevitable that any change to the architecture of mineral rights regime would cause unhappiness. →

Lawmakers get tough on mining Bill

25th June 2002 South Africa's ruling party abandoned months of negotiation with mine owners on Monday and endorsed without major amendments a bill critics say will hurt confidence in the industry that built the country's wealth. →

24th June 2002 South Africa's ruling party offered a limited concession on one key industry objection to a proposed minerals law on Friday, ignoring most of the mining companies' suggestions to reassure foreign investors. →

24th June 2002 The joint chairs of the parliamentary committees on minerals and energy, Mosheen Moosa and Mbulelo Goniwe, have given details of amendments to the Minerals and Petroleum Development Bill. →

Agency to back minerals development, research

17th June 2002 The South Africa government tried to reassure mining firms about the duration of licences it will award under a controversial new Bill aimed at redressing centuries of white domination of the sector. →

By: Zonika Botha     14th June 2002 Despite South Africa’s status as one of the world’s leading diamond producers along with Namibia and Botswana, its diamond cutting and polishing industry is regarded as a minion among its international counterparts. → 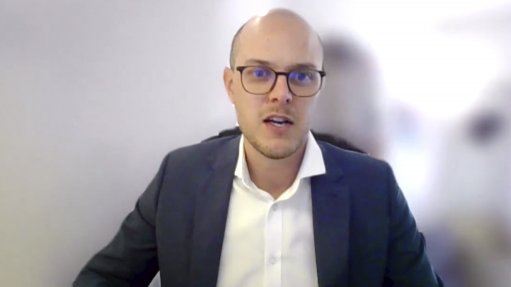 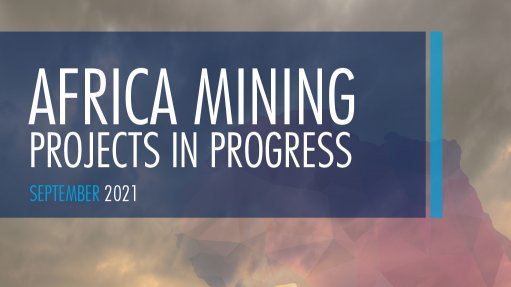