By: Mariaan Webb     27th September 2018 Europe-focused exploration company Erris Resources received a share price boost on Thursday, after the company published its interim results, highlighting the high-grade mineralisation of its Abbeytown zinc project, in Ireland, and its strong cash position of €2.59-million at September 26.... →

By: Creamer Media Reporter      25th September 2018 Base metals firm Heron Resources on Tuesday reported a significant milestone in the project development schedule of the Woodlawn zinc/copper project, in New South Wales, announcing that Pybar Mining has started underground activities. The company has a four-year underground mining contract with... → 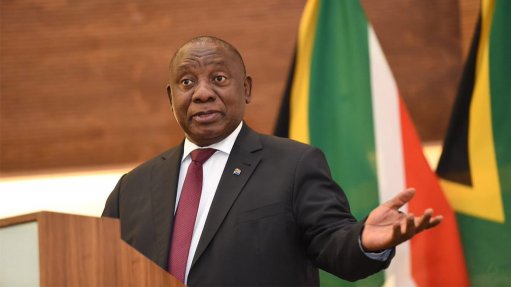 Struggling Aldridge agrees to be bought by Virtus Mining

By: Mariaan Webb     19th September 2018 Troubled Turkey-focused junior Aldridge Minerals has agreed to be bought by Virtus Mining – a development-stage mining company in which Aldridge director Ahmet Taçyildiz will indirectly hold 70%. Virtus will acquire all the issued and outstanding common shares of Aldridge for C$0.10 in cash,... →

By: Marleny Arnoldi     13th September 2018 Aim-listed Galileo Resources has executed a heads of agreement to acquire the Kabwe residual rights, in Zambia, from BMR Group. The acquisition excludes BMR’s small-scale licence which is used as a zinc/lead/vanadium tailings recovery project, situated within the Kabwe mining licence.  →

Europa initiate land use process for Spain mine development

By: Creamer Media Reporter      13th September 2018 Triple-listed Europa Metals has initiated a change of land use process to facilitate the potential future development of its Toral lead/zinc/silver project, in northern Spain. The company has engaged consultancy MAGMA Soluciones Ambientales to progress the requisite land use applications across... →

Coeur declares commercial production at BC silver/zinc mine

By: Mariaan Webb     5th September 2018 The Silvertip silver/zinc/lead project that Coeur Mining bought less than a year ago, has entered commercial production on September 1, prompting the NYSE-listed company to revise its full-year guidance. Coeur bought the mine, located in northern British Columbia, in October 2017 and started... →

Grupo Mexico could reopen San Martin mine after 11 years

By: Reuters     3rd September 2018 Miner Grupo Mexico could reopen the country's largest underground mine in the first quarter of 2019, after it closed more than a decade ago due to a workers strike, a senior government official said in an interview. The company began to refurbish the San Martin mine, which has copper, silver,... → 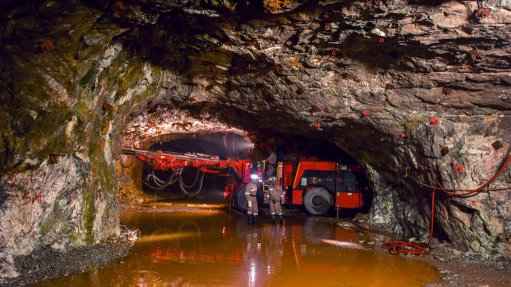 Lead and zinc in supply deficit

By: Nadine James     31st August 2018 The International Lead and Zinc Study Group (ILZSG) released preliminary data for world lead and zinc supply and demand for the first half of 2018, last week, noting that refined lead demand exceeded available supply, and that there was a deficit in refined zinc supply of about 17 000 t. The... → 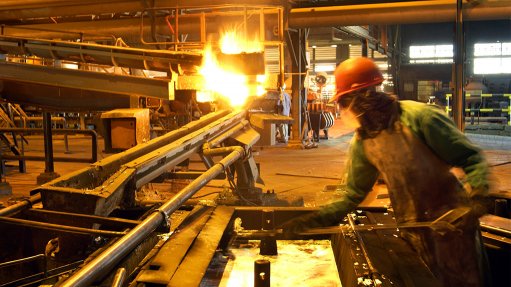 By: Reuters     29th August 2018 Canadian diversified miner Teck Resources said on Tuesday that lead smelting had resumed at its Trail, British Columbia, facility after a seven-day suspension because of wildfires in the province. Teck shut down lead smelting on August 19 because the flash smelting technology requires... →

Teck idles lead smelting due to BC wildfires

By: Reuters     24th August 2018 Canadian diversified miner Teck Resources said on Thursday that lead smelting at its Trail, British Columbia facility was suspended for a fourth day due to wildfires in the province. Teck temporarily shut down lead smelting on Sunday because the flash smelting technology requires high-purity... →

By: Creamer Media Reporter      23rd August 2018 Gold and base metals explorer Tethyan Resources has completed its first drill programme at the recently acquired Kizevak zinc/lead/silver project, in Serbia. The Kizevak project is situated on an exploration licence held by Tethyan’s Serbian subsidiary Taor and is located 1 km south-east along... →

By: Creamer Media Reporter      20th August 2018 ASX-listed Azure Minerals is nearing completion of a scoping study for its Oposura zinc/lead/silver project, in Mexico. The study remains on schedule for completion in the third quarter of this year. → 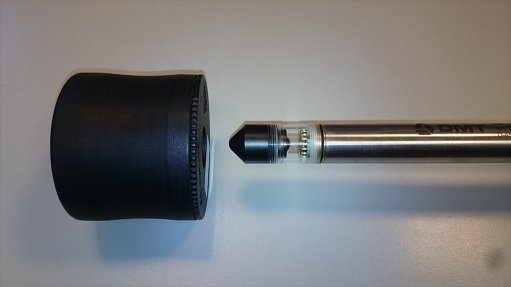 By: Erin Steenhoff-Snethlage     17th August 2018 Sandton-based chemical reagents supplier and distributor, Axis House, plans to considerably expand its metallurgical laboratory in the Western Cape, as well as its laboratory services and product range, as it believes that using specifically developed chemical reagents in the base metals... → 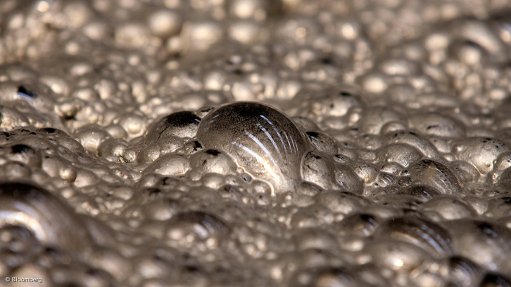 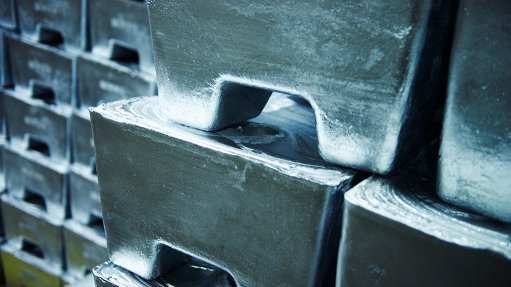 By: Reuters     14th August 2018 Global trade disputes and political tensions have sent prices of battery metal lead to 14-month lows but tight supplies, shortages and seasonally strong demand for the coming northern winter suggest a possible change of tack. The possibility of protracted trade tensions between the United States... →

By: Nadine James     10th August 2018 In its financial and operating results for the first quarter ended June 30, Canada-based, China-focused Silvercorp Metals on Thursday reported a net income of $10.9-million and a 25% increase in cash flow on the back of a 14% increase in sales. The company achieved sales of $45.1-million, up... →

By: Simone Liedtke     6th August 2018 Jubilee Metals has gained full control of the Kabwe project, in Zambia, by increasing its interest in the project to 87.5%. While Jubilee has the option to acquire 100% of the Kabwe project, Aim-listed BMR retains a maximum of 12.5% of the generated earnings. →

By: Simone Liedtke     6th August 2018 Aim-listed mining company Vast Resources, its 80%-subsidiary African Consolidated Resources (AFCR) and Romanian State-owned Baita, the holder of the Baita Plai licence, have submitted a joint formal application to Romania’s National Agency for Mineral Resources (ANRM) for the grant to AFCR of an... →

By: Martin Creamer     30th July 2018 Emerging tin mining company AfriTin is on track to place its first tin concentrate into the market in the fourth quarter of this year. The Aim-listed company is going all out to put Africa, once the fourth-biggest exporter of tin but now without an industrial-scale mine, back on the global tin... → 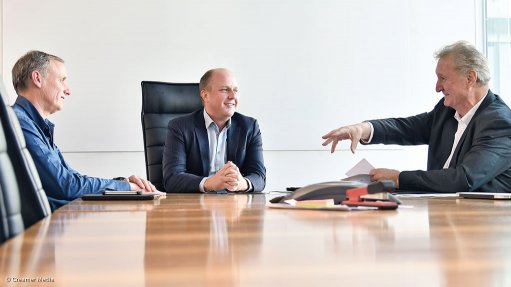 By: Reuters     17th July 2018 The London Metal Exchange (LME) will launch a new set of synthetic monthly prices to make it easier for investors and funds to invest in base metals as the LME battles competition from other exchanges such as those operated by CME Group Inc.. The world's oldest and largest market for industrial... → 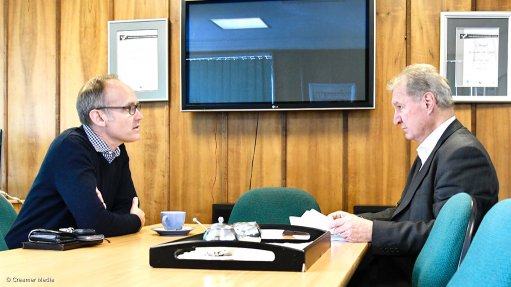 By: Mariaan Webb     13th July 2018 US-based precious metals miner Hecla has reported a 7% decrease in second-quarter silver production, but it still managed to exceed production expectations, boosting the company’s cash position to its second-highest in six years. Silver production decreased from 2.81-million ounces in the June... → 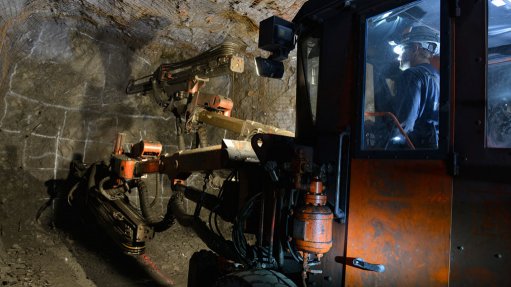 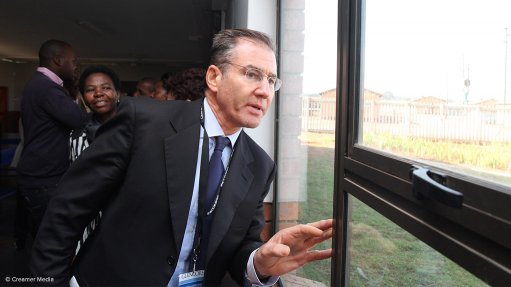 By: Marleny Arnoldi     2nd July 2018 Johannesburg- and London-listed Jubilee Metals said on Monday that construction of the zinc recovery circuit at its Kabwe project, in Zambia, was under way, while development work around testing of the lead and vanadium circuit design parameters continued. “Our process development teams have... →

By: Mariaan Webb     29th June 2018 Toronto-based Sierra Metals has delivered a preliminary economic assessment (PEA) for a 66% production expansion at its Yauricocha base and precious metals mine, in Peru. The production expansion will expand the Yauricocha mine through stages from its current 3 000 t/d to 3 600 t/d in the first... →

By: Creamer Media Reporter      21st June 2018 Bunker Hill Mining Corporation, which is gearing up to reopen the historic Bunker Hill mine in Idaho’s Coeur D'Alene zinc, lead and silver mining district, has started work on a technical report, which it will use to apply for a listing on the TSX. The NI 43-101 technical report on the Bunker... → 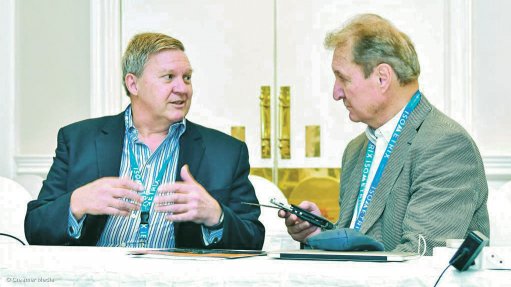 By: Marleny Arnoldi     11th June 2018 Aim- and JSE-listed Jubilee Metals has completed a placing of existing shares held by Aim-listed lead and zinc mine developer BMR Group to institutional shareholders.  →

By: Marleny Arnoldi     8th June 2018 TSX-listed base metals miner Hannan Metals will raise about C$1-million through a nonbrokered private placement of up to 6.7-million units of the company at a price of C$0.15 apiece.  →