By: Zandile Mavuso     6th December 2013 Furnace component engineering and production company Thos Begbie has completed the manufacturing of water-cooled copper components for the Isasmelt furnace, based at TSX-listed First Quantum Minerals’ (FQM’s) Kansanshi mine on the Central African Copperbelt, in Zambia →

By: Samantha Herbst     13th September 2013 Having completed the cold commissioning of two 33 MVA ferro- and silicomanganese furnaces for India-based Sarda Metals and Alloys (Smal) in January, high-capacity electric smelting furnace designer and supplier Tenova Pyromet believes it has entrenched its position in India and is currently the... → 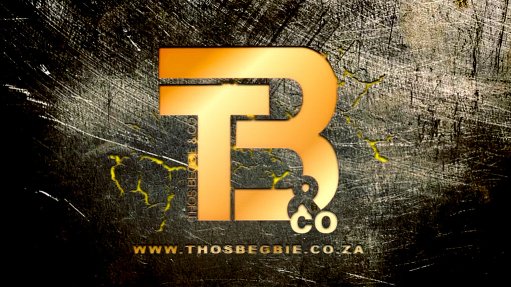 By: Samantha Herbst     10th August 2012 A flood of trained and highly skilled mining and pyrometallurgical engineers have left South Africa in the past 30 years, and are now working in Australia, says local engineering and production company Thos Begbie CEO Edwin Dreyer, who tells Mining Weekly that meetings in Perth or Melbourne are... →

By: Chantelle Kotze     25th May 2012 If materials handling and pneumatic conveying systems supplier Clyde Bergemann Africa (CBZ) can successfully implement its co-injection process, as well as achieve its proposed 30% capacity increase outcomes, it will be the only company, to date, to have achieved this. →

25th May 2012 South Africa’s State-owned minerals researcher, Mintek, is in the process of constructing a pilot plant for research on its atomising technology which, once developed, is set to improve metal recovery. →

R162m drying and dispatch facility upgrade at local phosphate mine

By: Chantelle Kotze     25th May 2012 South African phosphate rock miner and fertiliser producer Foskor is performing a R162-million dryer debottlenecking project at the drying and dispatch section of its mining division in Phalaborwa, Limpopo. →

By: Chantelle Kotze     25th May 2012 Water-cooled furnace component manufacturer Bruno Quatro Engineering has successfully broadened its customer base to include almost the entire South African smelting industry, owing to the importance it places on complying with standards and product performance, says Bruno Quatro MD Frank Klinkert. →

By: Chantelle Kotze     25th May 2012 Local furnace supplier Tenova Pyromet is undertaking the design and supply of components for two ferrochrome furnaces for use at the Xstrata-Merafe Lion ferrochrome complex, in Limpopo. →

25th May 2012 One of Indonesia’s largest steel manufacturers, Gunung Steel Group, has placed an order with global steel processing technology supplier SMS Siemag Germany for the supply of an Arccess electric arc furnace and a ladle furnace for its new steelmaking plant complex, in Bekasi, West Java, Indonesia. →

16th March 2012 South African gold refinery Rand Refinery has relaunched its brand and corporate identity in line with the organisation’s new growth and diversification strategy which is aimed at expanding into new regions, most notably Asia and Western Europe, while expanding its product portfolio. →

By: Terence Creamer     23rd January 2012 An industry lobby group comprising large mining groups and mineral processing companies is cautioning against the proposed introduction of a carbon tax in South Africa until South Africa has fully charted its abatement potential and the costs implications of implementing its renewable-energy... →

By: Nomvelo Buthelezi     20th January 2012 Smelter engineering firm Metix has been able to provide the mining industry with technology that was previously not available in South Africa, following the company’s acquisition by global steel processing technology supplier SMS Siemag.  →

Operations at emulsion plant stepped up

20th May 2011 Greening its operations is a business imperative for cement group AfriSam, which is currently successfully using alternative raw materials to fire the kiln at its Ulco plant, in the Northern Cape. “Conventionally, coal is used to fire kilns to the intense temperatures required. In using... →

20th May 2011 Junior mining resource company Canaf states the lower than traditional operating margin it experienced for the three months ending January 31, is a result of a maintenance shutdown at its South African calcined anthracite operation. →

Barro Alto to reach full production by second half of 2012

20th May 2011 Making use of low-risk proven technology and a rotary kiln electric furnace process, diversified miner Anglo American expects its $1,9-billion Barro Alto nickel project, in Brazil, to reach full production capacity in the second half of 2012.  →

20th May 2011 Global supplier of sustainable technology and services for the mining industry Metso will supply a 900 t/d lime calcining system worth about €11-million to US-based manufacturer and supplier of magnesium oxide and magnesium hydroxide products Martin Marietta Magnesia Specialties.  →

20th May 2011 Manufacturer and supplier of heat technology equipment Advanced Industrial Technology (Ai-Tec) has made a strategic investment in Agram boiler energy and combustion management systems to provide clients with soot blowers that efficiently remove soot build-up from boiler tubes in foundries. →

By: Loni Prinsloo     5th April 2011 JSE- and Aim-listed Jubilee Platinum said on Tuesday that it had inked a binding memorandum of understanding (MoU) for the acquisition of a company that treats near-surface chrome ore bodies containing platinum group elements (PGE) and held certain mining and prospecting rights. Jubilee expected... →

By: Jonathan Faurie     4th February 2011 Zambia's Konkola Copper Mines (KCM), which is owned by Indian mining najor Vedanta Resources, has temporarily suspended operations at its Nchanga smelter because of problems with the Nchanga smelter. →

Platinum projects on the rise for EPCM firm

By: Creamer Media Reporter      6th August 2010 Boksburg-based Allied Furnace Consultants (AFC), an innovative young company specialising in the design and manufacture of arc furnaces and associated equipment used in the production of ferroalloys, has been left unscathed by the economic recession thanks to the application of a business model... →