By: Martin Creamer     10th October 2013 The Cabinet had given the go-ahead for the gazetting of globally benchmarked technical regulations for the exploration for and production of shale gas in South Africa’s Karoo, Mineral Resources Minister Susan Shabangu said on Thursday. In a special post-Cabinet media briefing, Shabangu told... →

By: Henry Lazenby     9th October 2013 US iron-ore miner Cliffs Natural Resources has appealed the Ontario Mining and Lands Commission’s (MLC's) dismissal of its easement application across mining claims held by exploration junior KWG Resources in the Ring of Fire. Cliffs, which owns the Black Thor deposit, reported on Wednesday that... →

By: Henry Lazenby     8th October 2013 The world’s largest drilling company, Boart Longyear, has positioned itself to weather the difficult markets and emerge a leaner, more efficient company that had taken to heart lessons learnt in its recent overleveraged past. CEO Richard O’Brien said the company was now positioned to perform... →

By: Simon Rees     2nd October 2013 On August 26, a Canadian federal court rejected arguments made by the Hupacasath First Nation that the federal government had a duty to consult the band before approving the Canada-China foreign investment promotion and protection agreement (CCFIPPA). Located in central Vancouver Island, the... →

By: Henry Lazenby     2nd October 2013 Potash project developer Prospect Global Resources on Wednesday announced that it had received its air quality control permit for the construction and operation of an underground potash mine and surface processing facilities from the Arizona Department of Environmental Quality. The company said... →

By: Simon Rees     1st October 2013 Tungsten’s performance over the past several months might not be the stuff of excitement, but compared with many other metals becalmed in the pricing doldrums, it has at least been workmanlike. For example, ferro-tungsten stood at $47.50/kg effective September 24, down by $1 from the... →

By: Henry Lazenby     30th September 2013 Royalties and metals streaming firm Callinan Royalties Corp has restarted proceedings against Hudbay Minerals, and is now seeking additional damages based on allegations that the Canadian miner had destroyed certain paperwork. Callinan started proceedings in 2007 in the Manitoba Court of Queen's... →

By: Henry Lazenby     30th September 2013 A global mining and energy solutions firm is offering miners the opportunity to swap resources for electricity, which could potentially open the door to juniors seizing the opportunity to introduce renewable power at their projects without carrying the burden of financing, engineering,... →

Legacy of asbestos mining lingers on

By: Sashnee Moodley     27th September 2013 Although asbestos is no longer mined or used in South Africa there is extensive environmental contamination and workers that demolish and refurbish asbestos structures are potentially at risk of being exposed to it. →

By: Henry Lazenby     26th September 2013 Latin America-focused gold junior Minera IRL on Thursday said the Peruvian Mines and Energy Ministry (MEM) had approved the environmental and social impact assessment (ESIA) for the Ollachea gold project, paving the way for the company to start construction of the $177.5-million project. Minera... →

By: Henry Lazenby     26th September 2013 Mining companies these days are considering implementing various renewable power projects at mine sites mainly to reduce greenhouse-gas (GHG) emissions, to demonstrate sustainability and to drive down costs, a representative from the world’s biggest gold miner, Barrick Gold, told the Renewable... →

By: Henry Lazenby     26th September 2013 Until quite recently, miners generally used words like “unreliable”, “expensive” and “risky” to describe renewable-energy power, but outdated perceptions of most forms of renewable power are slowly giving way to a new generation of miners embracing greener technologies. Consulting engineering... →

By: Natalie Greve     25th September 2013 Nongovernmental organisation (NGO), the Deep Sea Mining campaign, has welcomed Tuesday’s decision by the Namibian government to place an 18-month moratorium on marine phosphate seabed mining off the Southern African State’s coastline. The group said in a statement on Wednesday that the... →

By: Henry Lazenby     24th September 2013 Graphite junior Northern Graphite this week updated the economics of its bankable feasibility study for the Bissett Creek project, saying a significant resource increase and lower costs more than offset the low current graphite price. The updated results were based on a 49% larger probable... →

By: Henry Lazenby     24th September 2013 Fortune Minerals on Monday voluntarily ended its summer field programme in the Klappan region of British Columbia (BC) to help the provincial government and Tahltan First Nation governments resolve issues around the Arctos anthracite mine project. Tahltan elders and community members have... →

By: Henry Lazenby     23rd September 2013 Miner and project developer McEwen Mining on Monday published the results of an updated preliminary economic assessment (PEA) for its Los Azules copper project, in San Juan province, Argentina, demonstrating that it has the potential to become one of the largest, lowest-cost copper mines in the... →

By: Simon Rees     20th September 2013 Delegates at the Toronto Resource Investment Conference from September 12 to 13 spent much of their time discussing and comparing notes on what has become something of an annus horrblius, a particularly horrible year, for mining and metals. Sprott Global Resource Investments investment... →

By: Henry Lazenby     20th September 2013 TSX-V-listed True Gold on Friday said it had received an environmental permit from the Burkina Faso Environment and Sustainable Development Ministry to develop the Goulagou 1, Goulagou 2 and Rambo deposits at its flagship Karma gold project. The West Africa-focused company said the approval... →

By: Henry Lazenby     20th September 2013 The Peru government has approved the mill construction permit for Hochschild Mining's 60%-owned Inmaculada advanced gold/silver project. The company on Friday said this represented completion of the final stage of the project's construction permitting process with commissioning on track for the... →

By: Martin Creamer     20th September 2013 South Africa’s long-standing position as the top global ferrochrome producer is being lost and the export of raw, unbeneficiated chromite ore is on the rise from this country. Heinz Pariser Alloy Metals and Steel market research director Dr Gerhard Pariser, who addressed the MetalBulletin... →

By: Henry Lazenby     19th September 2013 Project developer Fortune Minerals on Thursday welcomed the British Columbia government’s appointment of a mediator to help address the First Nations protest of the Arctos anthracite coal project, near Mount Klappan, in the north-west of the province. Provincial Aboriginal Relations and... →

By: Martin Creamer     19th September 2013 Proposals were before the South African Parliament to declassify manganese slag as a waste product, which was opening up opportunities for its use, BHP Billiton South Africa projects head Tribe Bhengu said on Thursday. Bhengu, who was addressing the MetalBulletin Events sixth South African... →

By: Esmarie Iannucci     19th September 2013 ASX-listed Alkane Resources’ environmental-impact study (EIS) for its Dubbo zirconia project, in New South Wales, is open for public comment. The EIS will be available for review and comment until November 18. →

By: Henry Lazenby     18th September 2013 An analysis of Bill 43 of the Quebec Mining Act had concluded that, in its current form, the Bill would eventually reduce the ability of the mining industry to develop resources, create jobs and generate wealth for Quebecers, the Quebec Mining Exploration Association (QMEA) has said. The... →

By: Henry Lazenby     16th September 2013 The joint venture (JV) between Canadian miner Iamgold, gold major AngloGold Ashanti and the Mali government has decided to stop mining at the Yatela gold mine, in Mali, at the end of the month, citing openpit safety issues and the lower gold price as the main reasons for the decision. The JV,... →

By: Martin Creamer     16th September 2013 The final environmental reports for a proposed new coal-mine in Mpumalanga province are out for public comment. GlencoreXstrata’s proposed Zandbaken coal-mine project is 20 km south-west of the town of Secunda and 30 km north-west of Standerton, Digby Wells Environmental says in a media... →

Union weighs in on Ring of Fire right-of-way decision

By: Leandi Kolver     13th September 2013 The world’s largest carbon emitting companies are not doing enough to reduce their impact on the environment, with the 50 largest emitters having increased their emissions since 2009, the Carbon Disclosure Project (CDP) stated in its 2013 Global 500 Climate Change Report released on Thursday.... → 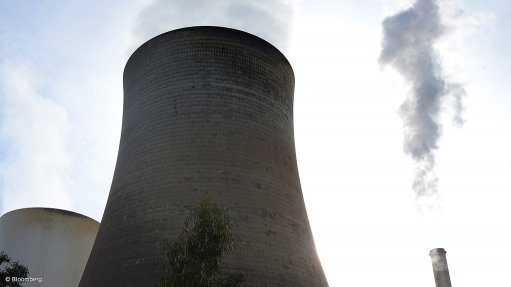 13th September 2013 The shift to mining privatisation in the Zambian mining sector has been necessitated by the need to improve the peformance of the mining industry to better its contribution to Zambia’s economic development. →

By: Henry Lazenby     11th September 2013 Project developer Sulliden Gold Corp on Wednesday said Peru’s Energy and Mines Ministry (MINEM) had approved the environmental impact assessment (EIA) for the Shahuindo gold/silver project, in the country’s north. The company said approval of the EIA was a critical milestone in advancing the... →

By: Henry Lazenby     11th September 2013 The current turbulent financial environment has many junior explorers searching in vain for capital injections on public markets and through private investors, but, for certain qualifying issuers, there might be a financing alternative in flow-through share donation transactions. Mining Weekly... →

Cliffs’ application for an easement over Canada Chrome claims dismissed

By: Henry Lazenby     11th September 2013 The Ontario Mining and Lands Commissioner on Wednesday dismissed an application by a subsidiary of US iron-ore miner Cliffs Natural Resources seeking an easement over mining claims that TSX-V-listed junior KWG Resources had staked from Exton in the Ring of Fire, Northern Ontario, on which it... →

By: Simon Rees     10th September 2013 Mighty oaks from little acorns grow, or so the saying goes. Having good ground is essential too and for many uranium juniors the best territory remains the Athabasca basin region, in northern Saskatchewan. Fission Uranium is one such company, although its gaze is focused on the Athabasca basin’s... →

Natural Resources Minister in US to promote energy cooperation

By: Henry Lazenby     9th September 2013 Canada’s Natural Resources Minister, Joe Oliver, on Monday met with US Secretary of Energy Dr Ernest Moniz to discuss the Canada/US energy relationship and opportunities for future cooperation. Infrastructure such as the Keystone XL pipeline to transport unconventional oil and gas between the... →

Production from new Athabasca uranium mine delayed to 2014

By: Henry Lazenby     9th September 2013 Production from Cameco’s Cigar Lake project, located in the uranium-rich Athabasca basin, in northern Saskatchewan, would be delayed to the first half 2014, after the company on Monday announced that it would need to complete additional work at the project. Construction of the Cigar Lake mine was... →

By: Henry Lazenby     9th September 2013 Madagascar-focused Energizer Resources on Monday said a series of milestones at its flagship Molo graphite project, and recently updated mineral resources had led it to expect improved economics from a feasibility study currently under way. The company’s shares jumped more than 16% in early... →