By: Tasneem Bulbulia     13th September 2019 South Africa boasts a substantial mining industry that is a considerable electricity user, yet the industry is hampered by intermittent supply and the high cost of electricity, as well as considerable waste emissions by operations. A potential solution to this conundrum is being offered by... → 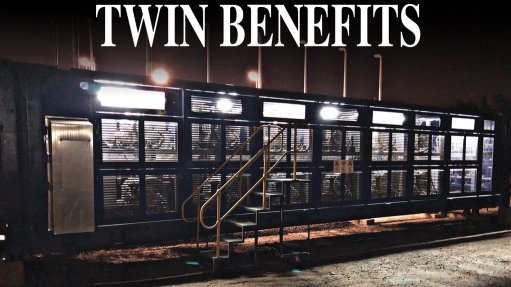 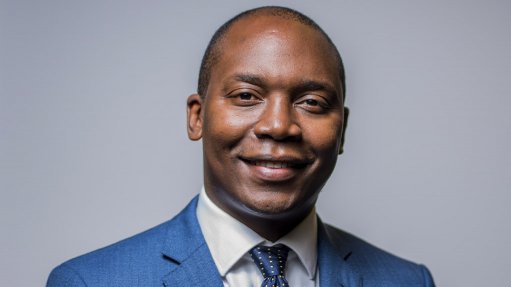 By: Simone Liedtke     2nd September 2019 The Portfolio Committee on Mineral Resources and Energy has warned of an imminent energy crisis in South Africa, if nothing is done, as a matter of urgency, to turn things around. This is after the Central Energy Fund briefed the committee on Friday about the crisis facing national oil company... → 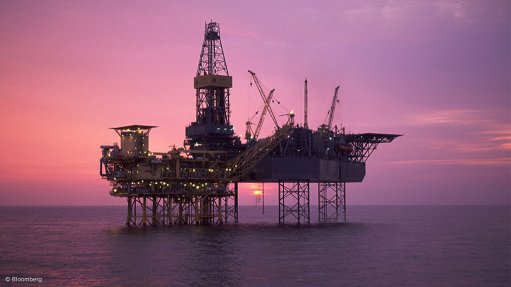 Australian mine to be powered by renewables

30th August 2019 Sustainable gold miner Gold Fields’ Agnew gold mine, in Western Australia, will become one of Australia’s first mining operations to be predominantly powered by renewable and low-carbon energy. In June Gold Fields and global energy group EDL announced a A$112-million investment in the... → 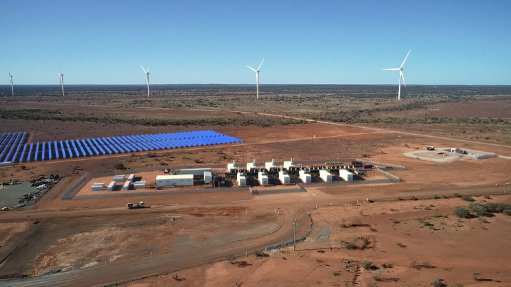 TRIFECTA The solution at the Agnew gold mine includes solar, wind and battery power which will maintain the mine

By: Natasha Odendaal     30th August 2019 South Africa should join its peers in adopting a minimum efficiency performance standard (MEPS) for electric motors, says Zest WEG Group rotating machines manager Fanie Steyn. An MEPS is a specification that effectively limits the maximum amount of energy that may be used by a product in... → 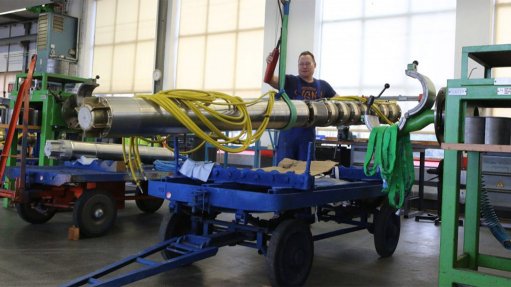 By: Halima Frost     30th August 2019 One of the largest solar-battery-diesel hybrid systems globally – Sandfire Resources’ DeGrussa hybrid project, in Western Australia - has achieved its yearly generation targets one month ahead of schedule. The project, at copper miner Sandfire’s DeGrussa copper mine, is wind and solar energy... → 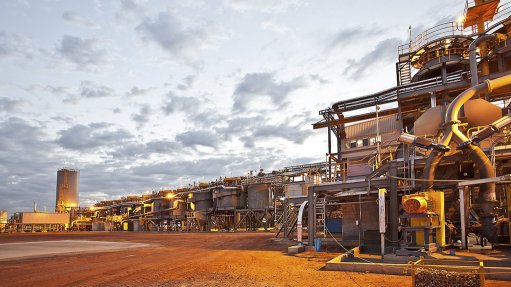 Electrification of RHA mine to be completed by November

By: Simone Liedtke     19th August 2019 The electrification of London-listed Premier African Minerals’ 49%-owned RHA tungsten mine, in Zimbabwe, is expected to be concluded by the end of November. The miner on Monday noted that it had received confirmation of this from the Zimbabwe Electricity Supply Authority (Zesa). →

By: Cameron Mackay     9th August 2019 The strong presence of Australian mining companies active in Africa has enabled power generation equipment manufacturer and energy services provider HIMOINSA to strengthen its focus on the African mining sector. “Australian companies have been active on the continent, but we’re seeing a strong... → 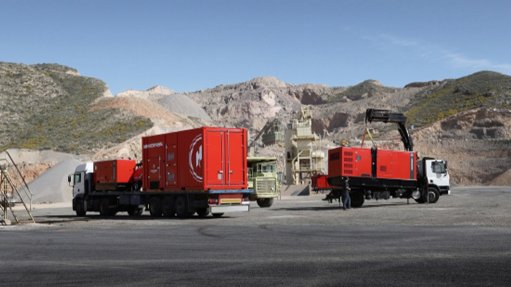 HYBRID GRIDS Hybrid off-grid systems are becoming more common in Australia, particularly in the mining sector, which HIMOINSA aims to replicate in Africa

By: Marleny Arnoldi     22nd July 2019 State-owned Eskom is continuing its search for a group CE, following Phakamani Hadebe’s resignation in May, which becomes effective at the end of this month. Hadebe, at the time, said he was stepping down for health reasons after leading efforts to stabilise the highly indebted State firm since... → 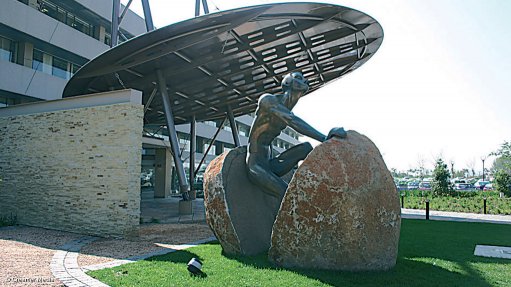 Edenville expects to be cash positive within next nine months

By: Simone Liedtke     18th July 2019 Coal mining has now started in the new northern mining area of Aim-listed Edenville Energy’s flagship Rukwa coal project, in Tanzania. CEO Rufus Short on Thursday said that, as the project was developed further, the company expected significant quantities of coal could be extracted from the area. →

PIC’s shareholding in Resgen decreases to 15.42%

By: Simone Liedtke     5th July 2019 Energy resources firm Resource Generation (Resgen) on Friday reported that the Public Investment Corporation’s (PIC’s) interest in the company had decreased to 15.42% of its total shares. According to Resgen’s website, the PIC had previously held a 19.9% interest in the company. → By: Simone Liedtke     30th May 2019 In a move that has, so far, generally been welcomed by the mining industry, President Cyril Ramaphosa has appointed Gwede Mantashe as the Mineral Resources and Energy Minister. This, law firm Herbert Smith Freehills director Patrick Leyden says, follows on the back of Mantashe having made... → 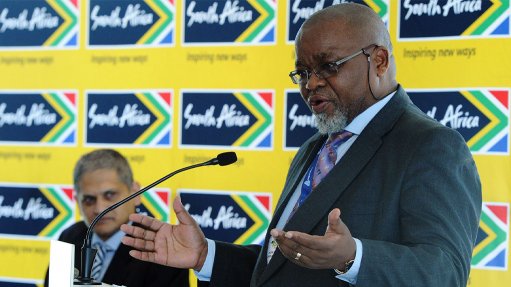 By: Mamaili Mamaila     24th May 2019 Junior miners create demand for generators and standby power, as they are often off-grid in the project startup phase yet aim to start generating revenue from their mine resource as soon as possible, says generator manufacturer HIMOINSA Southern Africa. It is imperative that juniors should have... →

By: Simone Liedtke     29th April 2019 As part of the China Belt and Road Summit, held in Beijing on April 27 and 28, Beijing Jingneng Power Company (BJPC) and PowerChina International, have ceremonially signed a memorandum of understanding that will result in a change in the equity shareholding in the Thar Block V1 lignite coal mine... →

By: Simone Liedtke     18th April 2019 Aim-listed Ncondezi Energy has received a shareholder loan conversion notice for 764 165 shares from lenders to be converted at a conversion price of 10p a share. Admission of these shares on Aim is expected to take place on April 26. →

By: Terence Creamer     16th April 2019 Lingering policy uncertainty and regulatory delays are continuing to impede the development of hundreds of small-scale embedded generation (SSEG) projects, which are seen at the quickest and cheapest way for South Africa to address its current electricity supply deficit. The South African... → 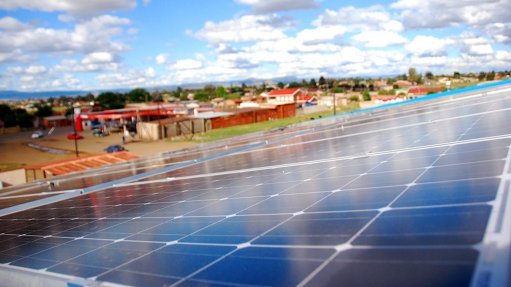 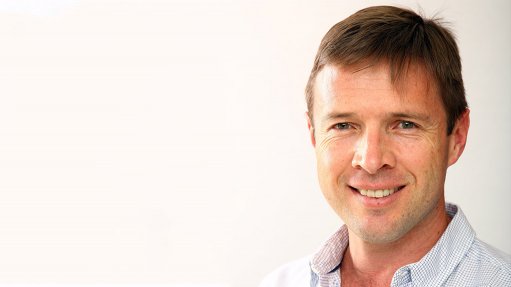 By: Simone Liedtke     25th March 2019 JSE- and Aim-listed Kibo Energy on Monday confirmed that it is developing four key projects – two thermal coal power projects, in Botswana and Mozambique; a UK-focused flexible energy portfolio; and an advanced coal-to-power project, in Tanzania – in parallel. The projects fall in line with the... →

Sanderson increases its shareholding in Kibo to 23.3% 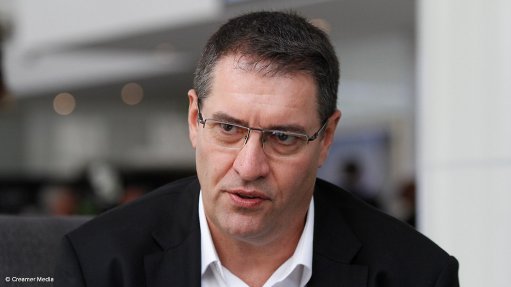 Energy solutions crucial to the future of mining 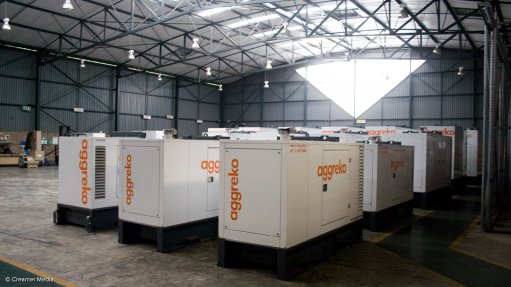 ENERGY SOLUTIONS Power is central to an effective mining operation and constitutes a key investment decision for management teams, governments and investors

By: Simone Liedtke     27th February 2019 MAST Energy Developments (MED), Kibo Energy’s 60%-owned subsidiary, has signed a binding conditional agreement for the exclusive right to undertake due diligence and negotiate the potential acquisition of five peaking power sites totalling 25.85 MW. Under the terms of the agreement, MED has... →

By: Khutso Maphatsoe     22nd February 2019 With existing and new mines in remote areas requiring electricity, power generation equipment manufacturer and energy service company Himoinsa’s bespoke and integrated solutions can support mines with a prime or a back-up power system, should there be a electricity outage. “We understand the... → 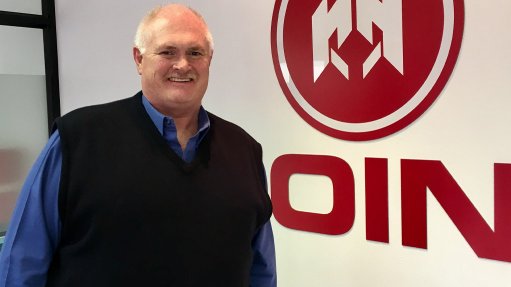 SOLUTIONS Himoinsa optimises a power solution that meets the requirements of the application by integrating different brands in its technology.

By: Khutso Maphatsoe     22nd February 2019 Although the development of microgrid hybrid power solutions in South African mines is still in its infancy, multidisciplinary engineering consulting firm WSP Africa director Dinesh Buldoo says there is growing interest from mining companies to offset the risks to their business that power supply... → 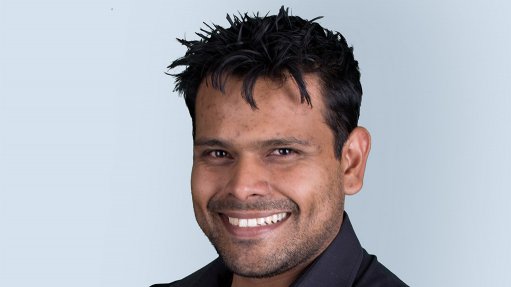 By: Khutso Maphatsoe     22nd February 2019 With the Germiston-based facility of waste management company Interwaste benchmarked to provide a consistent supply of up to 1 000 tons a month of waste-derived fuel, Interwaste CFO Jason McNeil says there is opportunity to develop such projects and supply alternative fuel to mines. “The facility... → 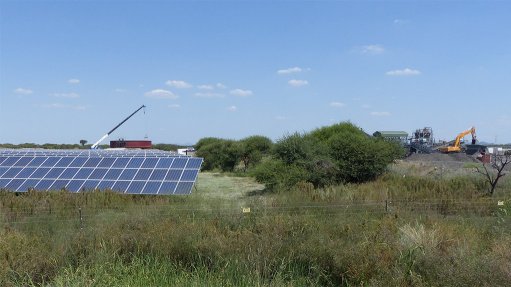 Australia nailing its colours to coal mast, despite call to halt its use for power generation by 2050

By: Esmarie Iannucci     22nd February 2019 Amid rising electricity costs and flailing power supplies across the East Coast of Australia, the country’s government is standing firm on its decision to keep coal as one of its main sources of electricity generation. Australia’s East Coast is facing a plethora of electricity issues, with... → 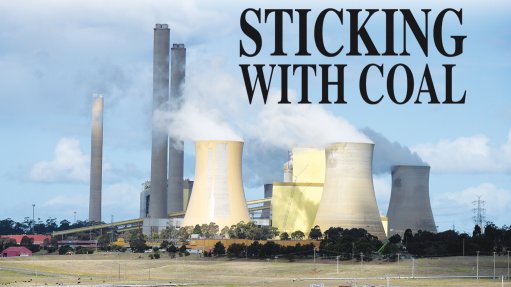 By: Terence Creamer     12th February 2019 Electrical products manufacturer Zest WEG Group has added an integrated-solutions offering to its products-oriented sales strategy in a bid to penetrate market segments in which there is a growing appetite for all-encompassing solutions. The South African company is the fifth largest branch... → 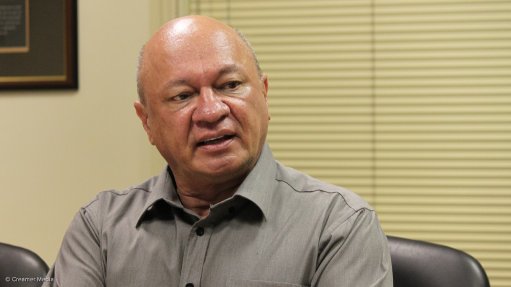 By: Cameron Mackay     8th February 2019 Precious metals recovery company Gra-Tech is aiming to assist companies that are active in the platinum group metals (PGMs) industry, particularly mines and Nitric Acid plants, as it looks to expand into other emerging markets. “Industry has not realised the massive value contained in old and... → 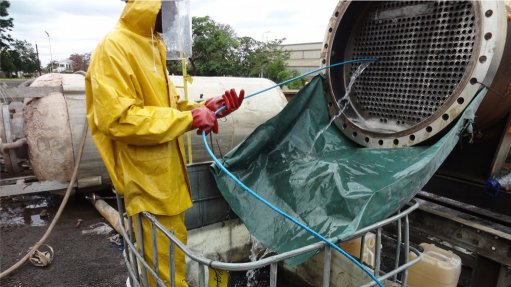