By: Martin Creamer     18th August 2017 Mining companies have a great opportunity to implement technology that has matured in the hands of other industries. This maturation is now providing mining with a chance to slash costs, which quick-footed companies are taking up. Increasingly, technical personnel are confiding to Mining Weekly... →

Spare a thought for the people of South Africa, Mr Minister, and move aside as fast as you can

By: Martin Creamer     11th August 2017 It was only a matter of time before calls would be made for the sacking of Mineral Resources Minister Mosebenzi Zwane, who is putting South Africa’s defining industry under more threat by the day. As it is mineworkers who are feeling the brunt of job loss, it is fitting that National Union of... →

By: Martin Creamer     4th August 2017 Very telling were the comments of Deputy Minerals Minister Godfrey Oliphant during last week’s radio interview with 702 morning host Xolani Gwala. During the interview, the experienced Deputy Minister made no bones about his discomfort at not being consulted on Mineral Resources Minister... →

Gazette-happy Minerals Minister painting himself into a corner

By: Martin Creamer     28th July 2017 One week Minerals Minister Mosebenzi Zwane signs a written undertaking that neither he nor his Department of Mineral Resources (DMR) will apply or implement his controversial Mining Charter Three gazetting and the next he pulls the carpet from under the underlying purpose of his signed agreement... →

By: Martin Creamer     21st July 2017 In its current poor state, mining and the companies that depend on it are likely to disappoint the Treasury when it comes to next paying tax. What the Minerals Ministry and its errant Department of Mineral Resources (DMR) have failed to recognise in gazetting Mining Charter Three is that a... →

By: Martin Creamer     14th July 2017 What South Africa’s Mineral Resources Ministry and the Department of Mineral Resources (DMR) has come up with for mining so far is simply unsustainable. It is destructive rather than constructive and simply cannot last. When the penny drops with this administration or the next, a constructive... →

By: Martin Creamer     7th July 2017 Fourteen years ago, I attended a sod turning ceremony at a manganese project in South Africa’s Northern Cape. The project was made possible by a R1.7-billion investment by foreigners.  →

By: Martin Creamer     23rd June 2017 With Botswana's diamond secor going ex-growth, a storng call has been made for the country to consider adopting Canada's flow-through tax incentive as a way of boosting investment in diamond exploration in Botswana, where the new Mineral Resources Minister is determined to make the country's... →

By: Martin Creamer     9th June 2017 Four small diamond mines have closed in as many months, Soouth Africa's diamond cuting and polishing industry is being put at risk by a bewildering Ministerial decision and hopes rising for trhe minting of a Mandela coin in platinum. →

By: Martin Creamer     2nd June 2017 The 128-year-old Chamber of South Africa dropped a bombshell last week when it announced that it will be changing its name and identify and staging a new beginning. It also revealed that in doing so, it will be using the Zambezi Protocol as an important guiding light. →

By: Martin Creamer     26th May 2017 The decision of the Royal Mint in the UK to launch its first ever platinum bullion products has rekindled hopes that the South African Mint will wipe the dust off its plans for a Mandela coin in platinum. In what is potentially a beneficial measure to boost platinum demand, the 1 000-year-old... →

By: Martin Creamer     19th May 2017 Platinum has special South African significance, which presents an ideal opportunity for business, government and labour to work together to revive the falling fortunes of platinum group metals (PGMs), the rising palladium price rise notwithstanding. Huge emphasis needs to be placed on the demand... →

By: Martin Creamer     12th May 2017 The platinum price has fallen through the floor and as I write this column, it remains in the doldrums. Last week’s platinum price collapse to $893/oz had warning bells ringing loudly and what is essential now is for steady hands be placed on the industry’s tiller to navigate towards... →

By: Martin Creamer     5th May 2017 South Africa is going through a dangerous period, with recent political developments putting into sharp focus the urgent need to reverse this country’s decline. At no time since the transition to democracy in 1994 has governance, confidence, justice, peace and stability been at such a low ebb. →

By: Martin Creamer     28th April 2017 The platinum price is still too low to keep the industry from inflicting damage to itself; a new rock crushing technology has been launched that is said to cut costs by 10% and increase uptime by the same percentage; and an adviser to the new Finance Minister reportedly tabled a blueprint that... →

By: Martin Creamer     21st April 2017 Listed South African companies are having a torrid time explaining to their foreign investors the implications of South Africa’s rapidly slumping political landscape. The CEOs of JSE-listed companies with significant foreign investors have had to spend an inordinate amount of time outlining the... →

By: Martin Creamer     14th April 2017 It is difficult to see how some platinum-mining companies can be profitable at the current low dollar price of platinum in the $950/oz range. To continue to produce at current over-supplied levels is unsustainable. →

Mining modernisation a must to compete with global all-comers

By: Martin Creamer     7th April 2017 It does the economies of countries serious harm when government departments go off at administrative tangents, as the Department of Mineral Resources (DMR) is doing currently. This is a serious deviation from what was the case under previous DMR leadership, which promoted collective action from... →

By: Martin Creamer     31st March 2017 Water use has been growing at more than twice the rate of population increase in the last century. By 2025, 1 800-million people will be living in countries or regions with absolute water scarcity and two-thirds of the world population could be under water stress conditions. →

By: Martin Creamer     24th March 2017 For the past century, the view of mining by the governments of Africa has been deficient as it prioritised rent maximisation and ignored mining's innate ability to function as a powerful lever for structural economic transformation.  Rightfully, this point is being emphasised by the African... →

By: Martin Creamer     17th March 2017 South Africa’s economic growth remains inadequate to drive the changes required for the country’s socioeconomic challenges and the continued delay in the promulgation of key minerals legislation is deterring the investment required to make South Africa’s mining industry fire on all cylinders.... →

By: Martin Creamer     10th March 2017 The Department of Mineral Resources (DMR) is failing to act in the best economic interests of the people of South Africa by continually trying to organise a separate kingdom for itself. Those currently leading the DMR are painting themselves into a corner in a manner that is going to hurt this... →

By: Martin Creamer     3rd March 2017 The response of the Chamber of Mines to last week’s Budget shows that mining is largely in sync with Finance Minister Pravin Gordhan’s aims of fostering competitive growth and greater social equity. But what the chamber sees as “potentially worrisome” is Gordhan’s surprise 33% hoisting of... →

By: Martin Creamer     24th February 2017 There are many initiatives on the go at the moment that show the willingness of the mining sector to spread its benefits as far and as wide as possible for the benefit of a maximum number of people – and to hurt as few as possible Many mining visions are being enunciated to goad mining towards... →

By: Martin Creamer     17th February 2017 Latest estimates indicate that South Africa still has a colossal volume of hundreds of millions of tons of gold ore in the ground. In addition, there are tens of millions tons of high-grade ore locked in underground support pillars, accessible from current infrastructure and amenable to... →

Digitisation momentum building up to boost mine productivity

By: Martin Creamer     3rd February 2017 The word ‘digitisation’ is on the lips of many at conferences and universities these days, with many outlining the notion of the total connectivity bringing significant productivity gains. Step one is said to be vertically integrating the supply chain from the mine stope to the boardroom and step... →

Mining majors use Davos to get their messages across

By: Martin Creamer     27th January 2017 Mining companies featured strongly in a multi-page feature in the edition of Time magazine that followed closely on the heels of the influential World Economic Forum meeting in Davos. Mining majors like South Africa’s Anglo American, America’s Newmont and Canada’s Goldcorp got their messages... →

Errant DMR doing itself out of a job

By: Martin Creamer     20th January 2017 The Department of Mineral Resources (DMR) is evoking increasing disappointment. Instead of doing South Africa proud, it is destroying this country’s reputation as an investment destination.It appears to have scant insight into the importance of economic growth, the need for foreign direct... →

Carbide recycling can create jobs for mine communities 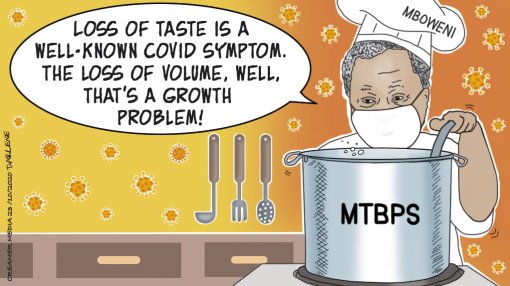 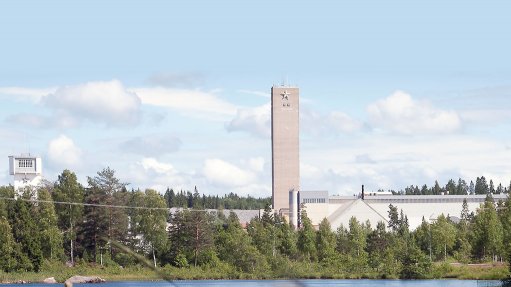