By: Pimani Baloyi     4th April 2014 Deep-level mining companies have to consider underground mineworkers’ desire to advance their careers and flourish in the industry, but should recognise that modern South African mineworkers’ life expectations for themselves and their families are not always realistic, says professional services... → 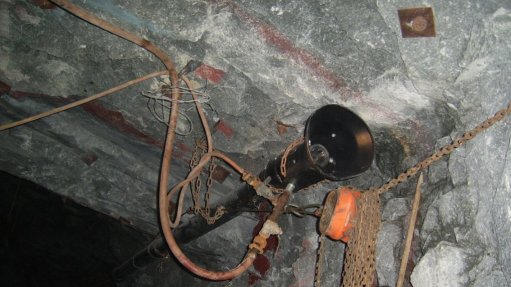 By: Pimani Baloyi     4th April 2014 The energy efficiency of ventilation and cooling systems installed at deep-level mining operations will be a central theme of the tenth International Mine Ventilation Congress (IMVC), reports local organising committee (LOC) chairperson Frank von Glehn. The theme of this year's conference, which... →

Fracturing and automation a solution for deep-level mining challenges 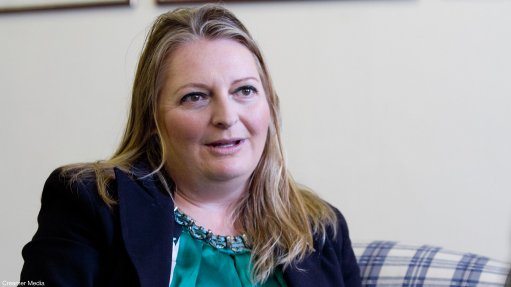 Photo by Duane Daws
JEANNETTE MCGILL The deep-level mining sector is faced with the challenges of rock instability, the difficulty of installing ventilation systems and time wasted while travelling to the mining area

By: Zandile Mavuso     5th April 2013 In its efforts to improve safety, commercial explosives manufacturer AEL Mining Services reports that it is at full implementation stage of its underground bulk systems (UBS) developed specifically for the challenging deep-level gold mining sector. →

5th April 2013 Largest producer of coal from underground mines in North America Consol Energy has placed orders for Caterpillar (CAT) longwall equipment, including more than 1 100 roof supports, worth $300-million. Delivery of the equipment started at the end of 2012 and will be completed in mid-2013. →

By: Zandile Mavuso     5th April 2013 Global mining contractor and engineering firm Redpath Mining tells Mining Weekly that safety is a pivotal factor in deep-level mining and it becomes even more significant amid the ongoing challenges that exist as a result of mines having to dig deeper for minerals. →

By: Zandile Mavuso     5th April 2013 Gases and welding products manufacturer Afrox Self-Rescue Division has secured an order to deliver 26 500 units of AfroxPac 35i self-contained self-rescuers and accessories in a deal valued at R70-million, which will be supplied over the next five months. →

Shortage of rock engineers a problem

By: Sashnee Moodley     6th April 2012 South African mine seismology specialist SiM Mining Consultants is increasing awareness of the risks associated with rockbursts in deep-level mines by compiling the mine seismology section for the Chamber of Mines’ (CoM’s) rock engineering certificate (REC) training material. →

By: Idéle Esterhuizen     1st April 2011 A collective approach is required from all stakeholders within the South African Mining sector including industry, government, labour and research organisations, to improve efficiency in finding health and safety solutions for the mining industry in South Africa, which has some of the deepest... →

By: Idéle Esterhuizen     1st April 2011 A new collaborative research project between South Africa and Japan will yield valuable information on tectonic earthquake-generation mechanisms, which will assist in the mitigation of seismic risks in deep and highly stressed mines, says Council for Scientific and Industrial Research (CSIR) and... →

By: Idéle Esterhuizen     1st April 2011 South Africa’s seismic network coverage remains a challenge. However greater improvement has been recorded in meeting the challenge of seismic-related deaths than any other safety challenge experienced by the mining industry, Chamber of Mines (CoM) safety and sustainability advisor Sietse van der... →

By: Idéle Esterhuizen     1st April 2011 The shortage of refrigeration and ventilation personnel, as well as a lack of training in this field, is a challenge for South Africa’s deep level mining sector, says University of the Witwatersrand (Wits) and ventilation expert Professor John Sheer of the School of Mechanical, Industrial and... →

By: Mary-Anne O’Donnell     2nd April 2010 Mine consulting company Mine Engineering Consultants specialist Dr Frik de Frey remains baffled by the governments and mining fraternities lack of interest in what is, on paper, seen as a safer method of mining in South Africa's deep level mines. →

By: Mary-Anne O’Donnell     2nd April 2010 Safety in South Africa’s deep level mines is a continued concern and, with mining-induced seismicity risking the lives of the people that work in the country’s deepest gold mines, the Council for Scientific and Industrial Research (CSIR) is collaborating with Japan on a project to reduce these... →

By: Mary-Anne O’Donnell     2nd April 2010 This year, the Council for Scientific and Industrial Research's (CSIR's) Centre for Mining Innovation and the University of the Witwatersrand celebrate 100 years of mining research. →

Chamber of Mines works to reduce South African mine fatalities

By: Mary-Anne O’Donnell     2nd April 2010 Private sector employer organisation the Chamber of Mines (CoM) safety and sustainability advisor Sietse van der Woude tells Mining Weekly that the organisation has only one goal and that is to reach a zero fatality and zero injury level within the industry, and that it is working very closely... →

3rd April 2009 Software solutions company Mineware Consulting has partnered with tracking solutions company Accutrak to implement a system which allows mines to analyse the amount of rock being transported underground and the grade and movement of each load. →

By: Fatima Gabru     3rd April 2009 Gold miner AngloGold Ashanti is pioneering safe, deep level mining, with the announcement of its record breaking, below 3 777-m working depth at Mponeng mine in early February. →

Depth extension continues despite reduction in electricity to mining industry

By: Sylvester Haskins     4th April 2008 Mining conglomerate Anglogold Ashanti's depth-extension project at its West Rand deep-level gold mining facility, TauTona, continues apace despite the electricity supply crisis that has taken the wind out of the sails of a number of mining companies, over the last two months.  →

By: Sylvester Haskins     4th April 2008 It has been business as usual for the world’s fifth-largest gold producer, Harmony, despite the crippling power cuts which has thrown mining operations into disarray over the last two months.  →

By: Sylvester Haskins     4th April 2008 The increase in mineworker fatalities over the last two years, in South African mining operations, has sounded alarm bells for the tripartite Mine Health and Safety Council (MHSC) which is actively investigating this mineworker scourge, reports MHSC acting GM Mthokozisi Zondi.  →