By: Kimberley Smuts     2nd October 2015 South African crushing and screening specialist Pilot Crushtec International aims to start manufacturing the production version of its DynamiTrac TDH6118 triple-deck screen in the last quarter of the year, the company says. In explaining the purpose for which the DynamiTrac is intended, Pilot... →

By: Kimberley Smuts     2nd October 2015 Abrasion- and wear-resistant products and services provider for the mining industry Tega Industries South Africa announced in June that large-scale testing on its easy-to-fit new combination mill liners has been completed. The mill liners were designed to increase productivity on large mills and... → 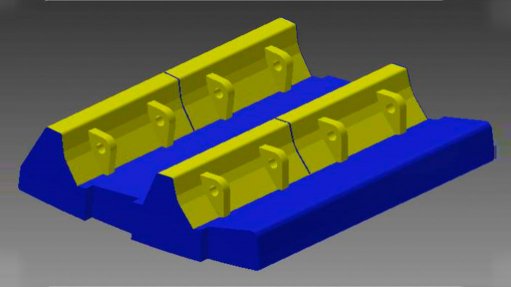 By: Kimberley Smuts     2nd October 2015 Preventative maintenance is key in ensuring the longevity of trommel screens, says mineral processing equipment and solutions provider Multotec. The company adds that the high wear rates of the screen media, as a result of the high peripheral speed of the trommel screen itself, are a significant... → 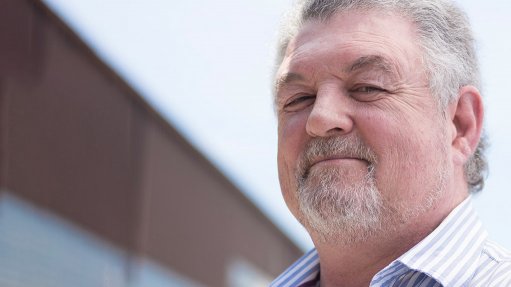 By: Kimberley Smuts     2nd October 2015 Multinational corporation ThyssenKrupp notes that the low-grade, high-tonnage challenge is the most significant hurdle the mining industry is facing in relation to the comminution process. The company explains that most of the higher-grade orebodies have been mined, requiring the processing of... → 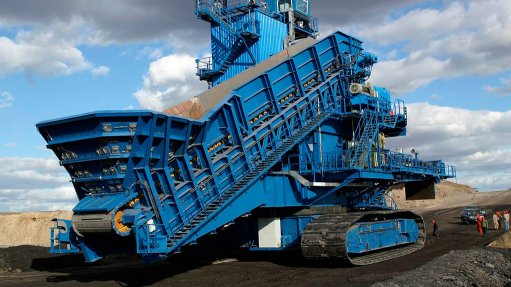 By: Kimberley Smuts     2nd October 2015 Tooling manufacturer Dormer Pramet launched its new range of tangential face milling cutters and inserts for heavy roughing in April this year. “Sales figures have constantly increased since the launch of this product range. We have positive results in many countries, especially Germany, Czech... → 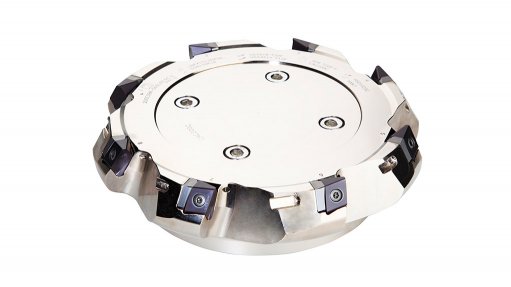 NEW RANGE The tangential mounting of the new robust double-sided inserts, which ensures rigid clamping, is an important addition to Pramet brand’s wide assortment of milling products for heavy machining 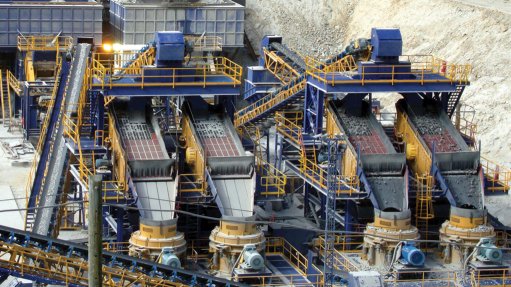 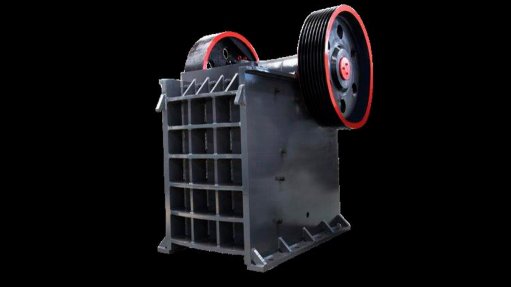 By: Kimberley Smuts     2nd October 2015 Crushing and milling equipment developer Energy and Densification Systems (EDS) completed  pilot projects in the cement and chrome industries in June this year where it successfully implemented its Multishaft Mill. The EDS Multishaft Mill can be applied in a wide variety of industry sectors,... → 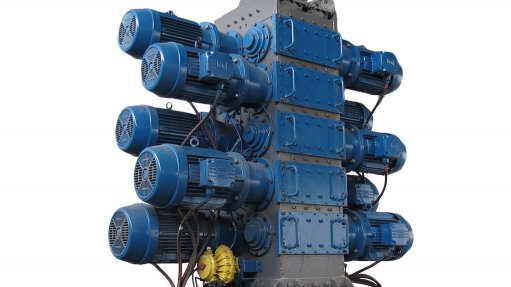 EDS MULTISHAFT MILL The EDS Multishaft Mill can be applied in a wide variety of industry sectors, including mining, waste management, construction, environmental rehabilitation, agriculture and general milling. The mill is currently available in 10, 6 and 4 shaft models

By: Kimberley Smuts     2nd October 2015 Specialist vibrating equipment manufacturer and supplier Joest’s screens are customised to match the metallurgical requirements of a client’s processes and the associated mechanical duty, as part of the company’s ‘Engineered Solutions’ approach aimed at supplying clients with a total solution.... → 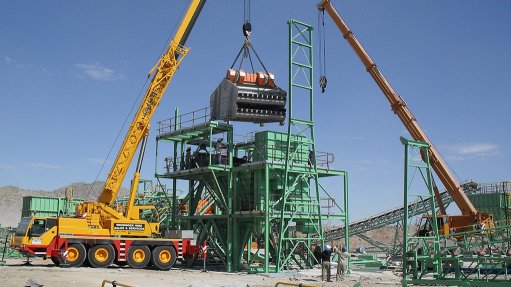 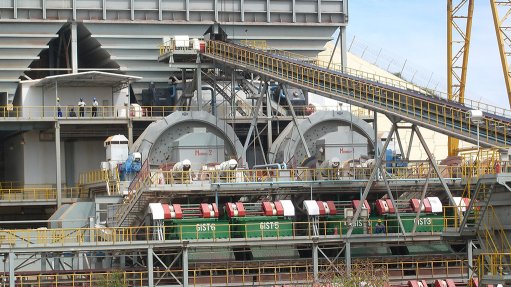 3rd October 2014 A stalwart at Electra Mining Africa (EMA) for over 35 years, beneficiation product and services supplier Multotec Group is well known as a supplier to the mining industry. To add to the customer experience, the group used EMA 2014, which was held at the Nasrec conference centre from September 15... → 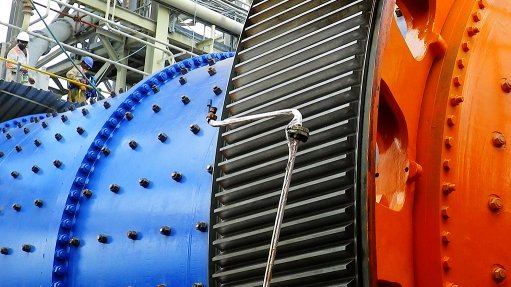 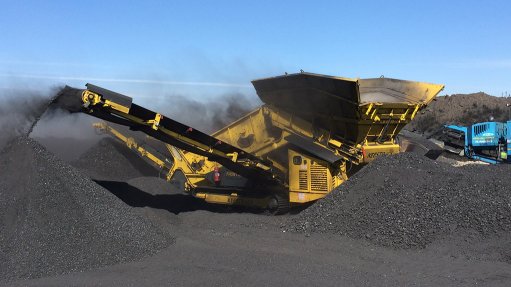 3rd October 2014 A KwaZulu-Natal-based colliery has established the capability to produce coking coal to precise standards, owing to the products and technical assistance of crushing and screening specialist Pilot Crushtec International, as of May this year. The customer’s fleet of Pilot Crushtec modular... → 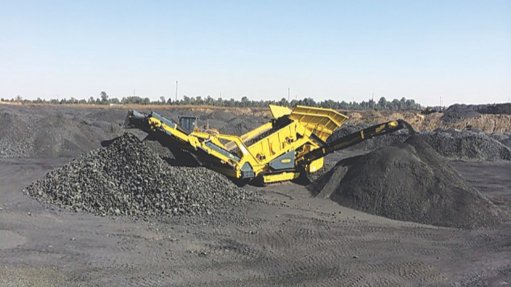 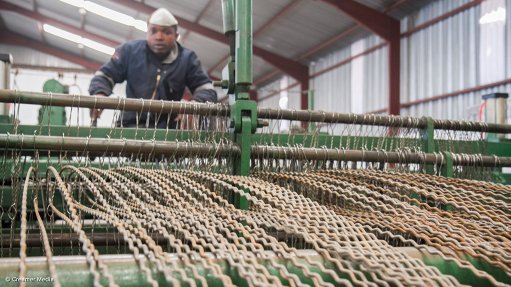 3rd October 2014 Diversified engineering group Metso’s mobile crushing and screening solutions footprint in Southern Africa has been given new traction with the October 1 launch of a dedicated Metso mobile business unit within the Barloworld group’s Handling division. The transfer of Barloworld’s Metso business,... →

4th October 2013 Local comminution equipment supplier Weir Minerals Africa [WMA] reports that it has expanded its product line with the introduction of the Enduron line of crushers, screens and feeders. The new line will be sold and serviced through WMA’s existing regional network and create a platform for future... →

By: Timothy Sibanda     4th October 2013 Johannesburg-based milling company Energy & Densification Systems (EDS) reports that it is planning to upgrade its energy-saving EDS multishaft mill, which it believes works more efficiently than other designs in the market. “We are currently designing an even more mobile units. This would make... →

4th October 2013 Geared mills manufacturer ABB South Africa reports that it has secured a large order for variable-speed drives (VSDs) for a mill at the Namibia-based Husab uranium mine. The N$20-billion greenfield project, which is operated by Swakop Uranium, is expected to become the third-largest uranium mine... →

4th October 2013 Zinc-focused Trevali Mining Corporation (TMC) says that the ramp-up of the processing plant serving its zinc/lead/silver-producing Santander mine in west-central Peru is progressing well, having recorded a 75% use of its capacity in August, with the expectation that it will operate at full... →

4th October 2013 South America-based silver producer Fortuna Silver Mines has completed a 1 800 t/d mill expansion on time and within budget at its fully owned silver and copper San Jose mine, in Mexico. San Jose is located in the Taviche mining district in the southern portion of the state of Oaxaca, about 47 km... →

By: Timothy Sibanda     4th October 2013 Underground precious metals producer Hochschild Mining reports that it has received approval from the Peruvian government for the construction of a mill at its 60%-owned Inmaculada advanced project. This represents the completion of the final stage of the project’s construction permitting... →

4th October 2013 Russian supplier of crushing systems TerraSource Global [TG] reports that it has been awarded a multimillion-dollar contract to provide crushing and screening systems to Uralkali, a potash fertiliser company, at one of it plants in Moscow. The system will include three Gundlach brand crushers,... →