24th August 2020 Vietnam is the new coal exporter’s darling, as imports surged during the COVID-19 pandemic, increasing around 46% y-o-y. The country has imported circa 36-million tonnes so far this year, although Indonesia, Russia and China are the major suppliers. SA clearly has a major freight disadvantage and... → 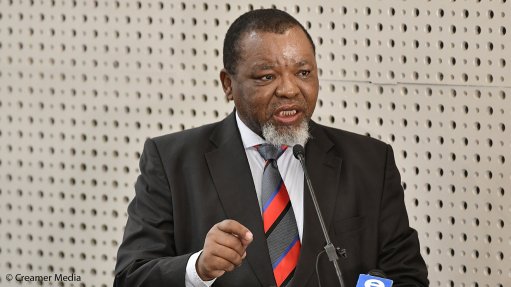 By: Tasneem Bulbulia     21st August 2020 Industry organisation, the Minerals Council South Africa, on August 21 launched the first National Day of Women in Mining, highlighting its focus on the implementation of initiatives designed to achieve stretch targets for the representation and advancement of women in the South African mining... →

By: Donna Slater     21st August 2020 In its fight against Covid-19, coal miner Exxaro Resources’ Mpumalanga-based Belfast coal mine has spent R410 000 on prevention and screening measures since the virus began to spread in South Africa. The mine invested the money into procuring personal protective equipment in the form of soap,... → 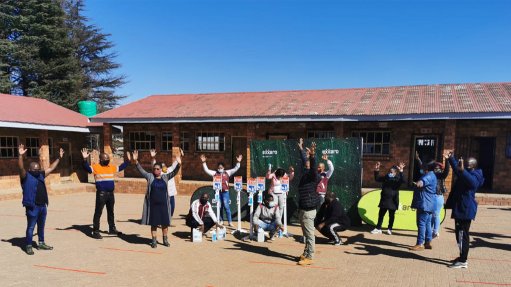 Getting best out of mining starts with policy certainty, says Gold Fields' Holland

By: Martin Creamer     20th August 2020 Getting the best out of South Africa’s mining sector starts with policy certainty, said Gold Fields CEO Nick Holland on Thursday. Following the Johannesburg- and New York-listed company’s presentation of outstanding half-year results in spite of Covid, Holland said this in response to Mining... → 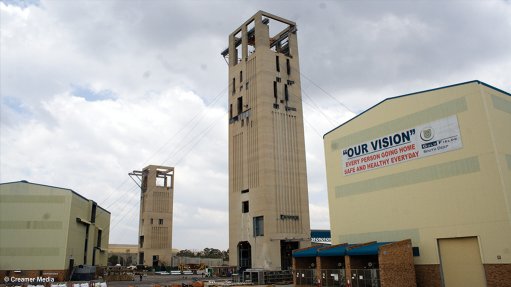 By: Terence Creamer     20th August 2020 The first formal meeting of the small multi-stakeholder working group set up to finalise South Africa’s Covid-19 economic recovery plan is expected to take place next week, with a preliminary planning meeting having taken place on Thursday afternoon. The working group includes representatives of... → 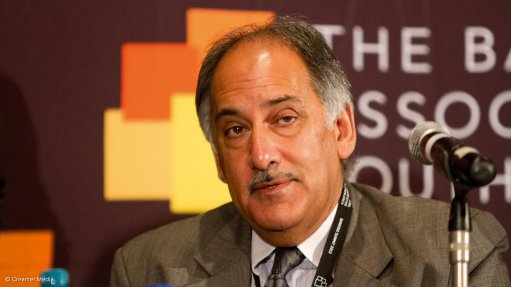 By: Simone Liedtke     20th August 2020 With the Covid-19 pandemic having created the biggest global crisis in generations by sending shockwaves through health systems, economies and societies around the world, XMP Consulting senior coal analyst Xavier Prevost says the implications of the pandemic for energy systems and clean energy... → 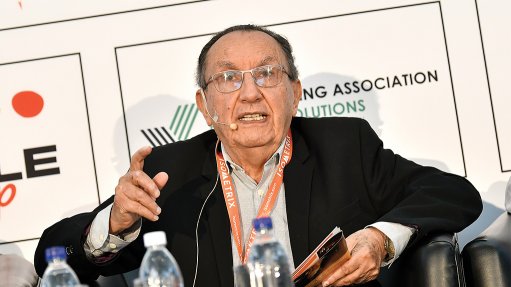 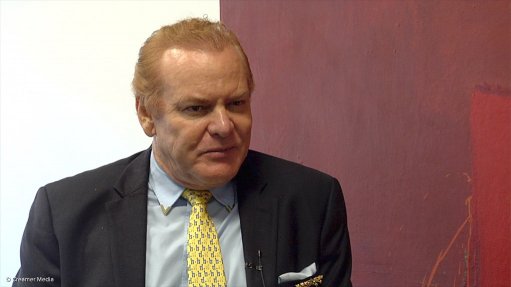 Santos swings to a loss

By: Esmarie Iannucci     20th August 2020 Oil and gas giant Santos has reported a 48% fall in underlying profits for the six months ended June, with the company swinging to a net loss after tax. The company has reported a net loss of A$289-million, down from a net profit after tax of A$388-million in the previous corresponding period,... →

By: Esmarie Iannucci     20th August 2020 Diversified miner South32 has reported a 71% fall in profits before tax as the Covid-19 pandemic decimated commodity prices, with the miner flagging a change in focus towards base metals over the next five years. South32 on Thursday announced a loss after tax of $65-million for the 12 months... → 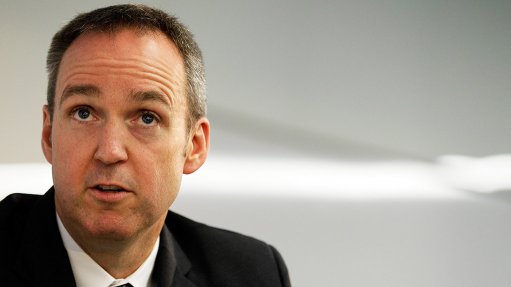 By: Simone Liedtke     19th August 2020 LSE-listed Kenmare Resources’ results for the interim period ended June 30, were “stronger and more resilient” than what was expected, given the global Covid-19 pandemic and subsequent challenges. FD Tom McCluskey told Mining Weekly on August 19, that the titanium minerals and zircon producer... → 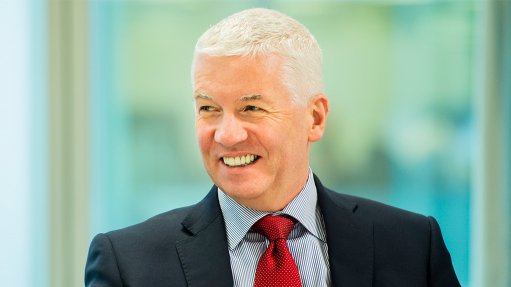 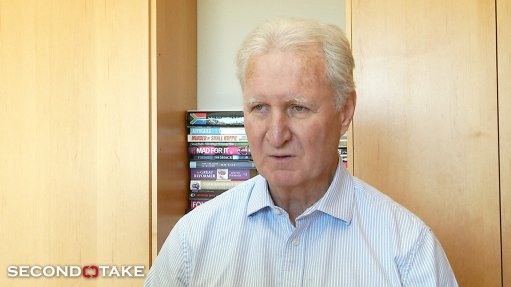 By: Terence Creamer     18th August 2020 The process of merging the State-owned entities of PetroSA, Igas and the Strategic Fuel Fund (SFF) into an “integrated national petroleum company” will formally begin on September 1, with six months having been set aside for the creation of a Newco that is “commercially viable”. All three... → 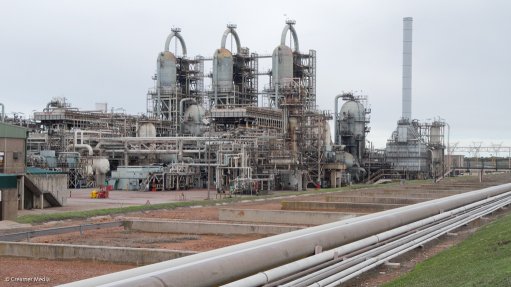 By: Martin Creamer     18th August 2020 Technology and sustainability go hand-in-hand, says Kumba Iron Ore technical and projects executive head Glen Mc Gavigan. “In my view, you can’t separate the two,” he adds. Kumba, which has been mining iron-ore at Sishen for the last 40 years and which opened a new mine at Kolomela in 2008, has... → By: Terence Creamer     17th August 2020 Embattled chemicals and energy group Sasol aims to officially unveil its new-look strategy, dubbed Future Sasol, later this year. It has already indicated, however, that the plan will seek to reposition the 70-year-old company, built around a highly carbon-intensive technology that converts coal... → 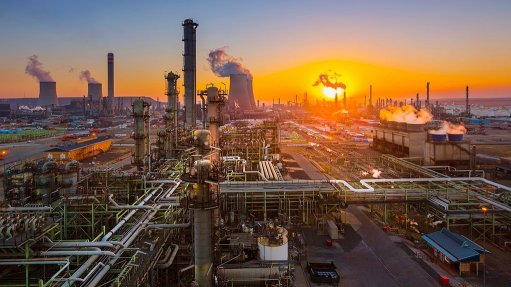 By: Terence Creamer     17th August 2020 Debt-laden chemicals and energy group Sasol confirmed on Monday that it was preparing to execute a rights issue during the second half of its 2021 financial year, despite reporting that it was on track to deliver disposals of greater than $2-billion and exceeding its initial cash conservation... → 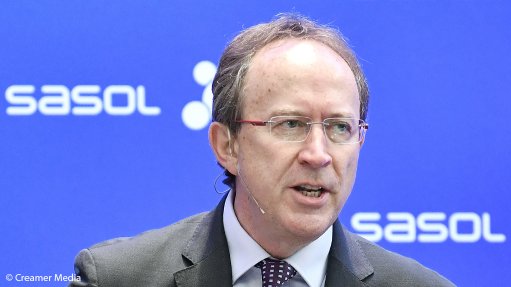 17th August 2020 Both Australia and South Africa may experience a wetter than normal summer, as the possibility of a La-Nina event increases. Combined with the high level of atmospheric water from melted Arctic ice, coal miners may be hoping for rain-induced supply disruptions at operations and ports to counter... →

By: Bloomberg     17th August 2020 South Africa’s main stock index was 0.2% higher as of 9:32 in Johannesburg, boosted by shares in some companies that are set to benefit from an easing in the country’s Covid-19 lockdown. President Cyril Ramaphosa, in a weekend address, announced that starting Tuesday restaurants and bars will be... → 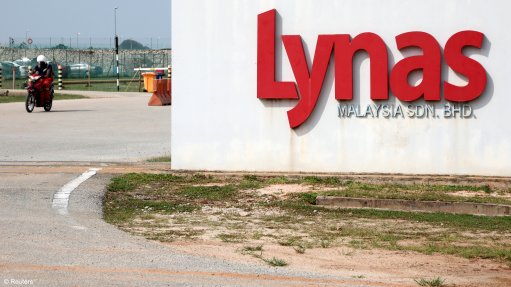 By: Martin Creamer     17th August 2020 Encouraging exploration in South Africa would deliver enormous opportunities, says Barrick Gold president and CEO Dr Mark Bristow, a world leader in exploration success. Bristow was commenting on the call for mining exploration to be encouraged, made last month by the economic transformation... → 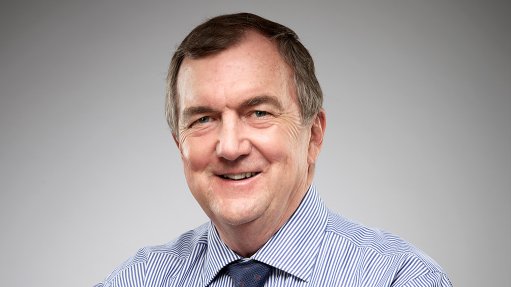 By: Martin Creamer     17th August 2020 Orion Minerals CEO Errol Smart is over the moon about the granting of the final mining right for the Prieska copper/zinc resource, near the Northern Cape town of Copperton – and it comes with exciting exploration rights included. “We’re extremely pleased that the final regulatory hurdle for the... → 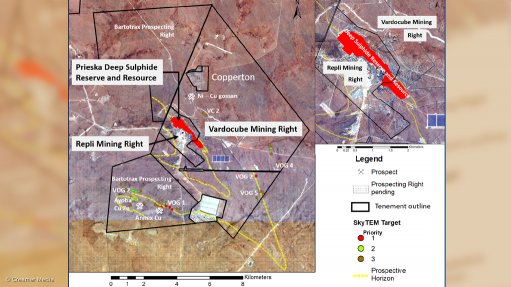 By: Esmarie Iannucci     14th August 2020 Bauxite miner Metro Mining on Friday announced that it would bring forward its wet-season shutdown at the Bauxite Hills mine, in Cape York, as the company failed to secure offtake for the remainder of the year. Mining is starting to wind down and shipping will cease around September 15, the... →

14th August 2020 Mining Weekly Editor Martin Creamer unpacks the country’s mine export values and volumes; ferrochrome doing well with worldwide demand; and the transfer of the Mponeng Gold Mine to Harmony Gold, which is in the hands of the Department of Mineral Resources and Energy. →

By: Simone Liedtke     13th August 2020 The South African National Energy Development Institute (SANEDI) and the Mineworkers Development Agency (MDA) have signed a partnership agreement that will result in them collaborating to bring relief to the country’s former mineworkers and their communities in the wake of mine closures and the... →

By: Martin Creamer     13th August 2020 South Africans must work together on an accelerated economic recovery plan that focuses on inclusive growth and prosperity for all citizens, Exxaro Resources CEO Mxolisi Mgojo  said on Thursday. Speaking during the black-empowered resources company’s presentation of very strong dividend-yielding... →

By: Donna Slater     13th August 2020 The Minerals Council South Africa reports that a number of its members have contributed a combined R4.7-million towards oxygen and oxygen-related products for the Eastern Cape as the province battles Covid-19 infections. Mining companies have, over the past six months, undertaken intensive... →

By: Esmarie Iannucci     13th August 2020 The Queensland Resources Council (QRC) has called on the members of the state Parliament to support Liberal National Party’s (LNP’s) proposal to freeze royalty rates for the next ten years, saying it would protect the Queensland economy from the impact of the Covid-19 pandemic. QRC CEO Ian... →

By: Martin Creamer     13th August 2020 Black-empowered diversified resources group Exxaro Resources on Thursday declared an interim dividend on posting a 40% increase in earnings before interest tax depreciation and amortisation of R3.9-billion for the six months to June 30. In the face of global trade tensions, a challenging local... →

By: Esmarie Iannucci     13th August 2020 Oil and gas major Woodside has reported record production for the first six months of the 2020 financial year, despite unprecedented disruptions to the company’s operations and markets with the onset of the Covid-19 pandemic. Production in the first half of the year reached 50.1-million barrels... →