By: David Oliveira     25th April 2014 Centurion-based medium sized mine consultancy Ukwazi will this year celebrate its tenth anniversary, says director and principal mining engineer Jaco Lotheringen, who tells Mining Weekly that the company has developed into a sustainable and reputable mining engineering consultancy over the past... →

Merger details to be discussed at extraordinary general meeting

25th April 2014 The details of metallurgical engineering company MDM Engineering’s merger with global engineering and construction company Foster Wheeler will be announced at an extraordinary general meeting (EGM), which is expected to be held early next month. Subject to the approval of the merger by MDM... →

Large mining projects under pressure as capital strategies are reviewed

By: David Oliveira     25th April 2014 Much has changed in the mining industry in the last two years, with large capital projects coming under pressure as major mining houses review their capital strategies, project delivery and consulting services provider WorleyParsons RSA CEO Digby Glover tells Mining Weekly. He adds that whereas a... → 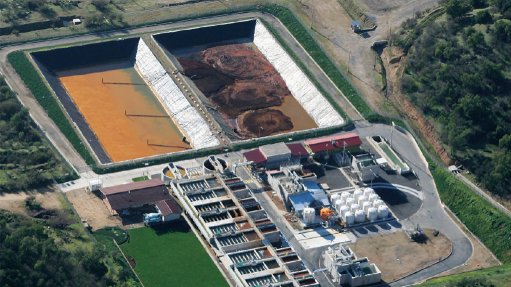 26th April 2013 Global resource consulting group SRK Consulting opened a new practice in Hong Kong this month, which is the company’s seventh practice in Asia and fiftieth worldwide. The company, which is part of the global SRK Group, believes the new office strategically positions it to take advantage of the... →

26th April 2013 Consulting engineering, project management and implementation firms Hatch and Goba last month announced that the two businesses have finalised their merger and will now operate as one entity, under the name Hatch Goba. The new entity, which forms part of the global Hatch group, is a... →

Company is confident about merger

By: Gia Costella     26th April 2013 Natural resource and development solutions provider SRK Consulting South Africa chairperson Roger Dixon tells Mining Weekly that the breakdown of the central bargaining system in the South African mining industry has changed the industry and that of consulting engineers in mining forever. “The... →

By: Gia Costella     26th April 2013 Mining consultant VBKom reports that it has entered into two joint ventures (JVs) this year to expand its reach and expertise in the mining industry. “Our approach is to integrate all aspects of the mining business, including technical, social, environmental and economic considerations, among... →

By: Zandile Mavuso     7th December 2012 The construction industry in South Africa experienced hard times in 2012, owing to the lack of foreign direct investment in the South African mining sector, stemming from the state of the global economy, which has included lower demand for and lower prices of commodities. →

By: Zandile Mavuso     7th December 2012 Bulk Mech, the materials handling specialist of mining services company Fraser Alexander, expects 2013 to be a consolidation year, that will enable it to deal with current and future market trends more effectively. →

Division to target other commodities

By: Zandile Mavuso     7th December 2012 Mining services company Fraser Alexander’s Minerals Processing Division intends to expand its operations to other parts of the mineral beneficiation value chain, and to add additional commodities and new geographic areas, such as sub-Saharan Africa, to its business. →

Building sustainable communities key for next century of business

By: Zandile Mavuso     7th December 2012 Acid mine drainage (AMD) has become an emerging national crisis, with government allocating R433-million of its 2012 Budget to tackle the problem. In response to this, mining solutions company Fraser Alexander has positioned itself to start providing solutions to the problem, as it has a 26%... →

By: Zandile Mavuso     7th December 2012 The rise in global commodity prices has enabled mining services company Fraser Alexander’s Tailings Division to expand its service offering to include environmental and water management and to provide complete solutions for every aspect of tailings management. →

By: Leandi Kolver     27th April 2012 Mining projects being established at remote locations need to be much larger than those operating in areas with existing infrastructure to justify capital investment in supporting infrastructure and, therefore, require higher production rates.  →

By: Leandi Kolver     27th April 2012 The consulting engineering industry in South Africa is reasonably stable, although not really in a growth phase as the infrastructure flow from government has been lacking, states industry body Consulting Engineers South Africa (Cesa) CEO Graham Pirie.  →

By: Leandi Kolver     27th April 2012 A project aimed at developing the Nkangala district, in Mpumalanga, which hosts numerous mining projects and poverty-stricken communities, by enabling mining companies to comply with their social corporate responsibilities, is being undertaken by infrastructure development company Bigen Africa on... →

Lumwana copper mine expansion on track

By: Samantha Herbst     27th April 2012 The expansion of Zambia’s Lumwana copper mine, with the construction of the new Chimiwungo pit, is progressing well, with equipment supplier Bateman Engineered Technologies’ (BET’s) bulk materials handling unit having delivered more than 90% of the steelwork for the three conveyors that span... →