8th September 2017 This week we feature Yolanda Smit, regional director for Gauteng at PBT Group, one of the leading business intelligence, advanced analytics and information management specialist groups in South Africa and Africa   →

18th August 2017 This week we profile Nthabiseng Kubheka, an executive project director at GE Power, a provider of technology, solutions and services across the energy value chain   →

By: Martin Zhuwakinyu     21st July 2017 This week we feature Ryan Nortje, logistics director of Goscor Lift Trucks, which sells and distributes equipment and parts to the materials handling industry   →

7th July 2017 This week we feature Tariq Yusuf, cofounder and director of ePower Holdings, a supplier of affordable alternative energy sources that are set up in communities and can be used by people who have minimal or no access to the power grid   →

23rd June 2017 This week we feature Norman Seymore, CEO of Chryso Southern Africa and abe Construction Chemicals, as well as executive VP of Chryso Group, responsible for Africa and the Middle East. The group specialises in construction chemicals and construction systems   →

16th June 2017 This week we feature Bubele Nyiba, CEO of the Rose Foundation, which promotes and encourages the environmentally responsible management of used oils and related waste in South Africa   →

9th June 2017 This week we feature Barry Owen, MD of Bobcat Equipment, Bobcat Rental and Goscor Earthmoving Equipment, which are involved in the sale, service and rental of compact and other earthmoving equipment   →

26th May 2017 This week we feature Bongiwe Pityi, GM of OR Tambo International Airport   →

19th May 2017 This week we feature Andrew Kendrick, MD of Goscor Access Rentals, a provider of access rental services   →

12th May 2017 This week we feature Gladys Mawoneke, CEO of Breva Beverages, a manufacturer, marketer and wholesaler of alcohol-free beverages for adults   →

5th May 2017 This week we feature Richard Mukheibir, MD of Cash Converters Southern Africa, a franchise operation specialising in the buying and selling of pre-owned household goods and the provision of financial services in the form of small secured and unsecured short-term loans   →

28th April 2017 This week we feature Ran Neu-Ner, co-CEO of The Creative Counsel, which is involved in marketing communication and advertising   →

7th April 2017 This week we feature Duncan Ayling, GM of Wind Prospect, a wind and solar engineering and technical consultancy providing services for developers, investors, lenders and utilities throughout Africa   →

By: Martin Zhuwakinyu     31st March 2017 This week we feature Tommy Strydom, CEO of Inyatsi Group Holdings, which is involved in the construction of infrastructure, including roads, bridges, buildings and water works   →

10th March 2017 This week we feature Thulani Dlamini, CEO of the Council for Scientific and Industrial Research   →

3rd March 2017 This week we feature Brian Andrew, GM for South Africa and Southern Africa at RS Components, a high-service distributor of electronics and maintenance products   →

17th February 2017 This we feature TLT MechCal and TLT Actom MD Johannes Erasmus. The group is a global leader in the supply of innovative ventilation solutions for the mining, power, industrial and process industries   → 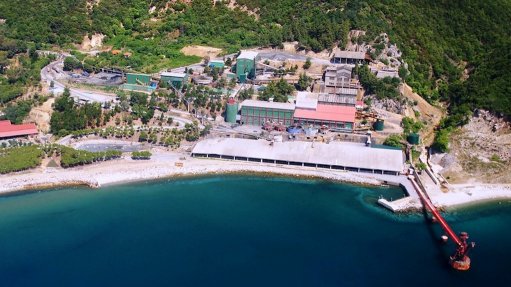