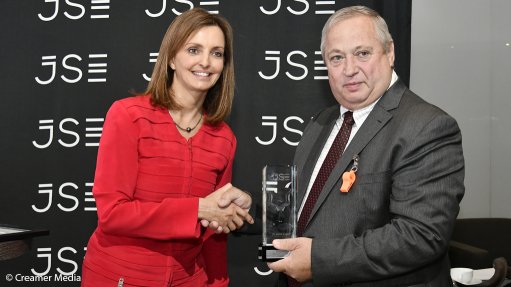 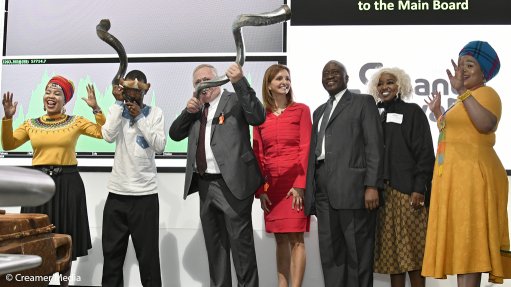 By: Mariaan Webb     18th February 2020 Beijing-headquartered diversified group Tunghsu has signed a letter of intent to acquire a 26% to 38% interest in the Kami Mine Limited Partnership (Kami LP) from Alderon Iron Ore for between $15-million and $23-million, the TSX-listed iron-ore company announced on Tuesday. Tunghsu will be the... → 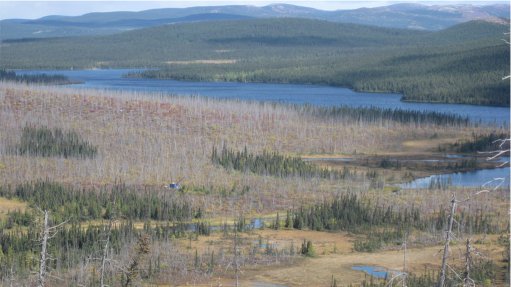 India’s NMDC firms up capex to lift production by 50%

By: Ajoy K Das     18th February 2020 Indian State-run miner NMDC, the country’s largest iron-ore producer, has firmed up capital investments of $324-million to increase production by 50% to 48-million tons a year by the end of 2020/21. The State miner is committing higher capital expenditure (capex) and is significantly ramping up... →

By: Bloomberg     17th February 2020 Egypt will invite international gold-mining companies to take part in a new exploration tender after the North African country eased the rules to woo investors, according to a person familiar with the matter. The tender will be announced by early March, said the person, who asked not to be... → 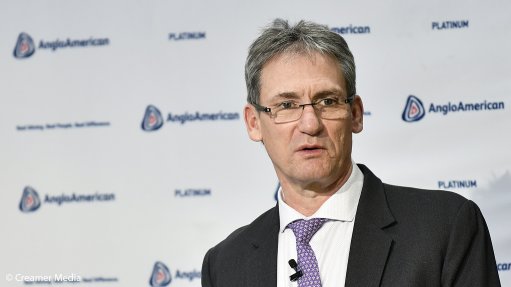 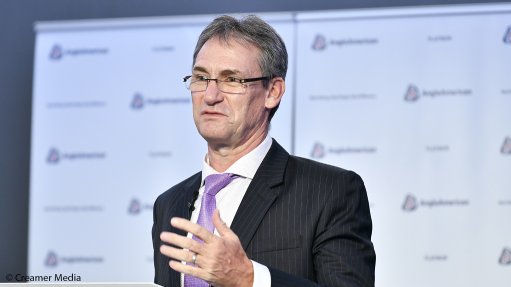 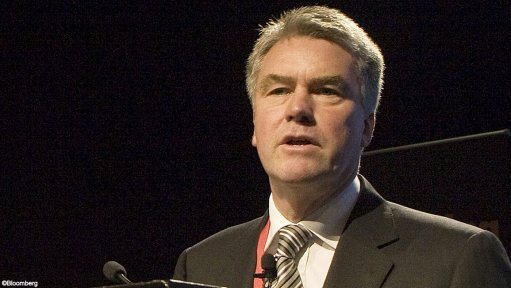 By: Bloomberg     14th February 2020 A record 22% slump in China’s January car sales is threatening to derail the rally in palladium, used to curb emissions from vehicles. The precious metal generated a 59% return for investors last year, the most of any commodity tracked by a DCI BNP Paribas gauge. The rally was fueled by... →

By: Martin Creamer     13th February 2020 The cooperation between the government and mines at regional level is very good, but where it falls down is at national level, Gold Fields CEO Nick Holland said on Thursday. Responding to Mining Weekly during a media roundtable at the JSE, Holland said that at the national level, there was... → 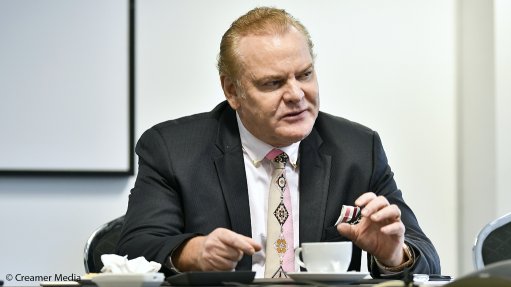 By: Bloomberg     13th February 2020 Global oil demand will drop this quarter for the first time in over a decade as the coronavirus batters China’s economy, the International Energy Agency said. The new estimates show that oil markets face a significant surplus despite the latest production cuts by OPEC and its partners. Crude... →

By: Esmarie Iannucci     13th February 2020 The share price of rare earths miner Lynas closed more than 8% higher on Thursday after media reports in Malaysia suggested that the company’s operating licence had been renewed in that country. The company on Thursday confirmed that there had been speculation on the Malaysiakini website... →

By: Martin Creamer     13th February 2020 Gold mining company Gold Fields, which has declared a final dividend of 100 c a share, recorded 2019 production which exceeded guidance, along with lower costs and an increased dividend. Attributable 2019 gold equivalent production was 2 195 000 oz, an 8% increase, and all-in costs fell 9% to $1... → 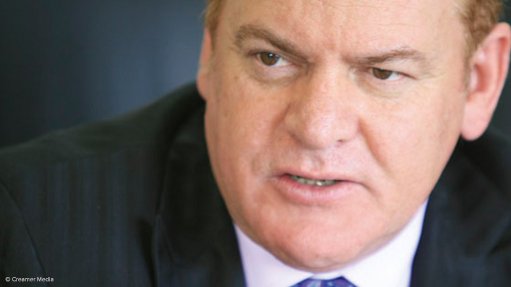 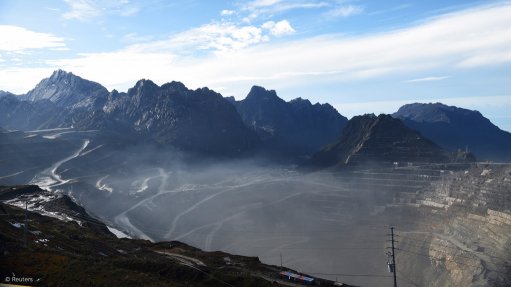 By: Marleny Arnoldi     12th February 2020 After resurgent demand pushed the platinum market into deficit in 2019, with the total volume of platinum under investment coming in at a record 3.4-million ounces at the start of this year, speciality chemicals company Johnson Matthey says the platinum market could move back into surplus this... →

By: Martin Creamer     12th February 2020 “If you know where you’re going, you generally get there,” said Barrick CEO Dr Mark Bristow in response to Mining Weekly on Wednesday after the company presented convincing financial results that show that the New York- and Toronto-listed business is sure getting there under Bristow’s astute... → 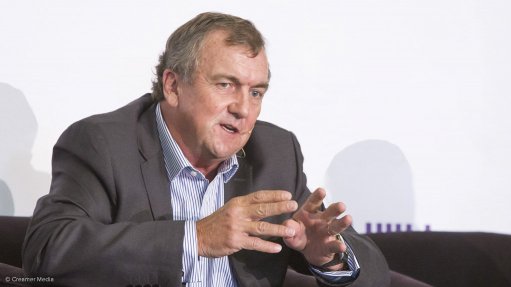 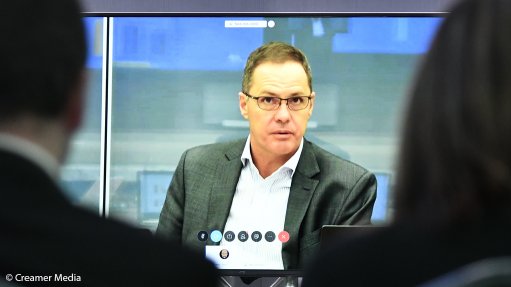 By: Martin Creamer     12th February 2020 Surface gold-mining company DRDGold is cock-a-hoop over its half-year performance, which saw it produce 3 t of gold from waste dumps on the East Rand and the West Rand in the six months to December 31. But the company is also continuing to work intently on tracking down the gang of armed robbers... → 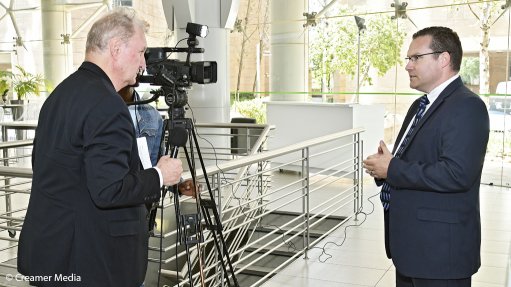 By: Ajoy K Das     12th February 2020 In a bid to lower its import dependency on Australian coking coal, the Indian government has opened up bilateral government-to-government negotiations with Mongolia and Russia to ship greater volume of the dry fuel suitable for its domestic steel mills. Government officials say that talks focus... → 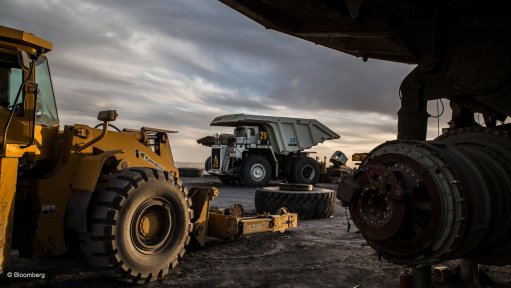 By: Ajoy K Das     12th February 2020 The Indian government has beefed up security in the central state of Chhattisgarh to increase protection of iron-ore mining assets in the region from threats posed by ultra-left-wing extremists. Besides increasing deployment of central paramilitary personnel, the new security protocol is based on... →