The articles on this page are not written by Creamer Media, but are supplied media statements.

10th August 2007 / MEDIA STATEMENT / Joy Mining Machinery Ltd. has won the Queens Award for Enterprise in the category of International Trade. This reflects an outstanding achievement, increasing export sales by almost 120% over the last three years with exports now representing around 90% of total sales of �245 million. →

10th August 2007 / MEDIA STATEMENT / Mainstream Minerals Corporation (TSX.V: MJO) is pleased to announce a nonbrokered private placement of $1,000,000 through the sale of 1,333,333 Flow-through Units at $0.75 each to the MineralFields Group. It is anticipated that the closing of this transaction will occur on or about August 10th,... →

10th August 2007 / MEDIA STATEMENT / West African-focused minerals explorer, Ampella Mining Ltd (ASX code: AMX), is set to make its debut on the Australian Securities Exchange (ASX) at 10.00am (WST) on Monday having satisfied all the listing requirements for its $6.5 million IPO. →

10th August 2007 / MEDIA STATEMENT / Fronteer Development Group and NewWest Gold Corporation announced today that the British Columbia Supreme Court has issued an interim order providing for the holding of a special meeting of NewWest shareholders and option holders to consider the previously announced arrangement with Fronteer. →

10th August 2007 / MEDIA STATEMENT / We expect First Quantum to report this afternoon record quarterly net profit in Q2 of US$168m, equating to EPS of 249c. This is more than double Q1 EPS of 116c, the increase being driven by the assumption of more favourable operating conditions, and a significant rise in LME copper prices to an... →

8th August 2007 / MEDIA STATEMENT / PSV Holdings Limited is excited to announce that the Black Economic Empowerment deal, that was signed on 24 May 2007, with Vunani Capital Limited, whereby Vunani will become PSV�s 25.67% BEE partner, has been unanimously approved by shareholders at a shareholders meeting held on 2 August 2007. →

8th August 2007 / MEDIA STATEMENT / he status of women representation in the mining sector will come under the spotlight in August as this period marks the 10th Anniversary of women in mining. For Pelawan Investments (Pty) Ltd, a broad based, 100% black owned company, 42% of its business is already in the hands of its women... →

Company Announcement: Workers give go-ahead for strike at coalmines

8th August 2007 / MEDIA STATEMENT / Solidarity members have instructed the trade union to serve strike notices on coalmines that negotiate under the banner of the Chamber of Mines. This means that workers will officially go on strike from midnight on Sunday at the country�s largest coalmines, including Anglo Coal, Xstrata, Optimum... →

8th August 2007 / MEDIA STATEMENT / Monterrico is pleased to announce that the Government of Peru has issued a Ministerial Resolution to approve two Stability Agreements which will be entered into with Monterrico's Peruvian subsidiaries: Rio Blanco Copper Limited and Minera Majaz S.A. The agreements will be signed shortly by... →

8th August 2007 / MEDIA STATEMENT / Coal currently supplying South Africa�s major energy needs will remain in abundant supply well into the 21 century. It is therefore clear that coal resource constraints will not be the driver of emissions reductions in the foreseeable future. →

8th August 2007 / MEDIA STATEMENT / Impala Platinum Holdings Limited (Implats) and its operating subsidiaries Impala Platinum Limited (Impala) and Marula Platinum (Marula) are pleased to announce that they have reached a two-year settlement on wages with the National Union of Mineworkers (NUM) and the United Associations of South... →

8th August 2007 / MEDIA STATEMENT / Weba Chute Systems is achieving great heights at the privately owned Letseng diamond mine, having clinched an order to supply four more Weba Chutes to the world�s highest diamond mine. Situated in Lesotho, Letseng is about three kilometres above sea level. →

8th August 2007 / MEDIA STATEMENT / Australian company, Shield Mining Limited (ASX:SHX) is expanding its African copper interests under an agreement announced today to explore on the island of Madagascar off the east coast of Africa. →

Company Announcement: Government of Quebec confirms that Rio Tinto�s offer for Alcan meets all of the requirements of the Continuity Agreement

8th August 2007 / MEDIA STATEMENT / Please find attached the following press release 'Government of Quebec confirms that Rio Tinto�s offer for Alcan meets all of the requirements of the Continuity Agreement' for the Rio Tinto Group as submitted to the London Stock Exchange. →

8th August 2007 / MEDIA STATEMENT / BHP Billiton today announced that raw materials mined in Australia and Chile will be used to produce the medals for the 2008 Olympic and Paralympic Games in Beijing, China. →

By: Creamer Media Reporter      7th August 2007 / MEDIA STATEMENT / Kenmare Resources announced today that it has issued a Taking-Over-Certificate for Phase 2 of the Moma Titanium Minerals Mine in northern Mozambique to the contractor building the project. →

7th August 2007 / MEDIA STATEMENT / Petra Diamonds Limited (�Petra�) announces the results of the first sales of diamonds from the Koffiefontein mine following the recent completion of the acquisition of the mine and associated assets from De Beers Consolidated Mines Limited. →

Bigen values the importance of water for all 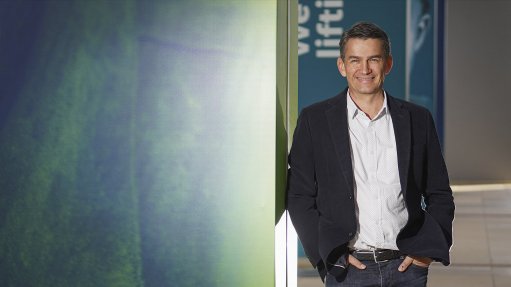 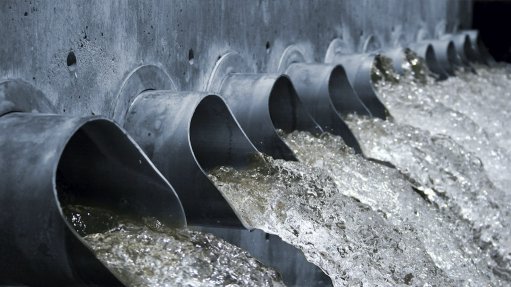