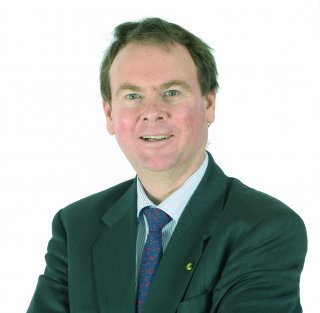 He holds a master's degree in international relations from the University of the Witwatersrand.

UK reaffirms commitment to promote trade and investment with Africa

19th January 2018 The British government has again given the assurance that it desires a mutually beneficial and thriving trade relationship between the UK and Africa once the country has left the European Union (EU). This was affirmed by Trade Policy Minister (equivalent to Deputy Minister in South Africa) Greg... →

19th January 2018 The British government last month announced the next phase in its programme of funding the development of small modular nuclear reactors (SMRs), which forms part of a larger programme to develop the nuclear technology and energy sector in the UK. This phase will see Westminster awarding up to... →

19th January 2018 The National Centre for Nanostructured Materials (NCNSM) at the Council for Scientific and Industrial Research plans to commission its third pilot plant during the course of this year (2018). The centre’s current two pilot plants were both brought into operation in the middle of 2016. One of... →

Space mining is getting close to reality

15th December 2017 Space mining – the mining of bodies and other worlds in outer space for minerals and other natural resources – remains within the realm of science fiction. For now. But, during the younger years of most of the world’s current senior mining executives, personal communication devices (cell phones)... →

15th December 2017 Privately-owned South African scheduled and non-scheduled domestic and international operations airline CemAir has concluded a $66-million deal with Canadian company Bombardier Aerospace for two new twin turboprop Q400 regional airliners. This follows on from a Letter of Intent signed between the... →

8th December 2017 The National Centre for Nanostructured Materials (NCNSM) of the Council for Scientific and Industrial Research (CSIR) recently celebrated its tenth anniversary, having being launched in 2007. It was set up to help implement the National Nanotechnology Strategy. Nanotechnology is concerned with... →

8th December 2017 A key success of the National Centre for Nanostructured Materials (NCNSM), a joint initiative of the Department of Science and Technology (DST) and the Council for Scientific and Industrial Research (CSIR) has been its role in developing skilled researchers. This was highlighted by NCNSM Director... →

8th December 2017 European aerospace giant Airbus, British high performance power systems company Roll-Royce and German engineering and technology business Siemens have partnered to develop a hybrid-electric propulsion system for commercial aircraft which will be test flown in the near term, the three enterprises... →

Exploration for, and production of, valuable minerals in Mozambique continue to advance

8th December 2017 There have been a number of recent developments involving smaller mining companies, both local and foreign, in Mozambique recently. These involve both exploration and production activities.  →