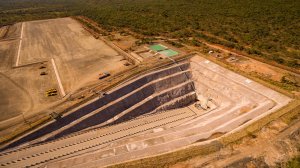 JOHANNESBURG (miningweekly.com) – To pursue meaningful and increased exploration, fully capitalise on economic benefits and increase investment in the mining sector, the Zimbabwean government has embarked on a number of policies to engender a favourable environment for investors.

Deputy Mines and Mining Development Minister Polite Kambamura told delegates attending the Harare Indaba: Investing in Resources and Mining in Zimbabwe, on Wednesday, that, while the country was rich in exploitable resources, it was reliant on very few of these, such as granite, diamonds and iron-ore.

Further, most of these are largely exported in raw or semi-processed forms, which prevents the country from realising the full economic benefits of its resources.

Chamber of Mines of Zimbabwe president Batirai Manhando reiterated the importance of the mining sector, emphasising its role as an anchor of the country’s economy that contributed in excess of 60% of foreign currency.

However, much of the resources remained untapped, with Kambamura indicating that meaningful exploration remained a problem.

Therefore, the Zimbabwean government is pursuing policies geared toward creating a favourable environment for investors, particularly in the gold, diamond, platinum, chrome and iron-ore sectors.

Government is seeking to attract investment in greenfield and brownfield projects.

Kambamura also called for investors to pursue beneficiation and value addition in Zimbabwe.

Meanwhile, he pointed out that government was considering a policy that would enable 100% ownership in platinum mines. The policy is expected to be implemented soon.

This would move the platinum industry away from the indigenisation policy, which mandated international companies give 51% of ownership to locals before incorporation. Manhando indicated that the chamber would continue to lobby government to ensure that this change was implemented.

Platinum is a key mineral for Zimbabwe, with the country containing the second-largest resource after South Africa, Kambamura emphasised.

He said government had also removed the 2% beneficiation tax requirement, on the condition that mines operating on the Great Dyke begin working towards building a base metals refinery.

He indicated that feasibility studies for the refinery project were currently being undertaken, and that it was likely to become operational between 2020 and 2023.

A lack of infrastructure and energy supply to run big plants is hampering beneficiation efforts in Zimbabwe. Kambamura encouraged local and international partners to come to the fore and help the country develop the required infrastructure.

OTHER COMMODITIES
In the diamond sector, government plans to build a gemmological centre, where proper sorting and cutting of diamonds will be conducted; and is building a diamonds valuation centre in Harare in close proximity to the airport. Further, he said the government had announced a diamond policy to drive improvements in the sector.

Kambamura mentioned that lithium had been designated the mineral of future, and notably, Zimbabwe contains large deposits, with several companies showing an interest in exploring for lithium in the country.

The government would expect the lithium to be beneficiated domestically before being exported.

With regard to iron-ore, he noted that the country contained over 30-billion tonnes of reserves, with this yet to be properly explored into viable resources.

Kambamura said the government was also working on amending the Mines and Minerals Act, with the Bill before Parliament, and set to be concluded in the second quarter of the year.

This seeks to replace the principal Act crafted in 1961, to suit global needs, given the regional and global changes that have occurred since then.

“I call upon the mining community to work with the government of Zimbabwe and invest in capital intensive projects and exploration, in a way that will mutually benefit both parties.”

He also indicated plans by the Ministry to try and change the awarding of mining titles; this can take up to two months. Now a strategy is being put in place to ensure that a bankable and transferable title take no longer than 14 days to be awarded.

Government is also driving policies that respect investor interest. However, Kambamura cautioned that investors should not abuse government’s open arms and their market power, but must ensure that they are transparent in all transactions.

In terms of the issues around currency, he assured that investors would be able to take their return on investments out of the country, through foreign accounts.

The government will also soon be announcing a "use-it or lose-it policy", to counteract assets that are being hoarded but not used.