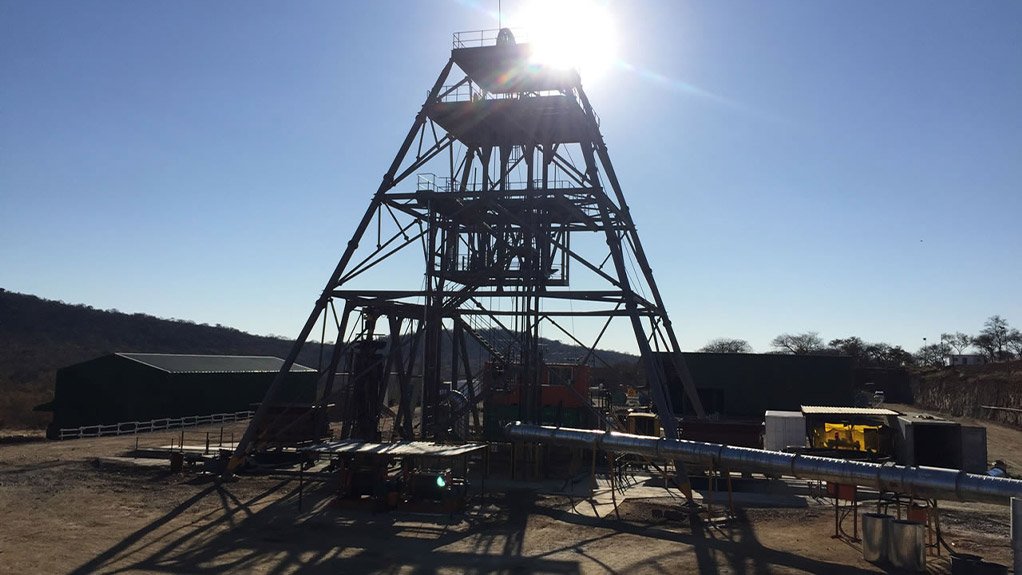 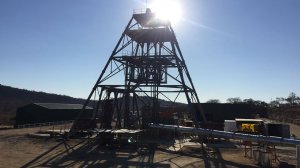 Despite the challenges of operating in Zimbabwe, exploration and development company Caledonia Mining’s Blanket mine, in Zimbabwe, has delivered a “robust” performance, while the mine’s Central shaft has reached a depth of 1 150 m – only 54 m from the planned shaft bottom.

“We made good progress on the Central shaft, which I expect to be operational in approximately 15 months, and we continued our track record of growing the resource base at Blanket,” Caledonia Mining CEO Steve Curtis noted in the company’s operating and financial results for the fourth quarter and the year ended December 31, released last month.

Work is currently focused on horizontal development of the loading station. With the shaft sinking to be completed by the end of June 2019, the shaft will then be equipped prior to commissioning which is scheduled for mid-2020.

Caledonia Mining noted that work on the Central shaft had been adversely affected by power outages and insufficient foreign exchange. These factors have resulted in less development being achieved than planned, which will result in a slower production ramp-up.

Production is now expected to be about 75 000 oz in 2021 increasing to about 80 000 oz in 2022. Further progress on the Central shaft depends on the continued availability of sufficient foreign currency.

Nevertheless, Caledonia believes the successful completion of the Central shaft is in the best interests of all stakeholders because it is expected to result in increased production, reduced operating costs and increased flexibility to undertake further exploration and development, thereby safeguarding and enhancing Blanket’s long-term future.

Meanwhile, production for the year was lower than in 2017, primarily owing to an unplanned lower recovered grade as a result of added dilution due to the adoption of longhole stoping in certain areas for safety reasons.

“Provided the drilling is accurate and the shape of the reef does not vary too much, longhole stoping is an efficient mining method; however, drilling accuracy and choice of the most suitable areas to use this methodology is essential to reduce the dilution.”

Curtis adds that management is addressing this by conducting extensive re-training of drillers, and the situation now appears to be improving. The underground logistical issues which affected production in 2017 have largely been resolved, resulting in a record tonnage of ore being mined in the year.

Blanket mine produced 14 952 oz of gold during the quarter, 9% lower than in the comparable quarter, while 54 511 oz were produced in the year – 2.9% lower than in 2017. Nevertheless, production for the year was in line with the production guidance range of between 54 000 oz and 56 000 oz, which was published in October last year.

“During the year we continued to implement the investment plan at Blanket mine with the objective of increasing production to 80 000 oz/y,” asserts Curtis. Further, he says that certain operational and economic factors have resulted in less development being achieved than planned, which will result in a slower production ramp-up than originally expected.

Meanwhile, exploration continues at Blanket with encouraging results. In September 2018, Caledonia Mining announced a resource upgrade which increased the gold contained in measured and indicated resources by 13% to 805 000 oz. The gold contained in inferred resources increased by 9% to 963 000 oz. This resource upgrade marks the seventh successive year of resource growth at Blanket where resources have increased by 858 000 oz since 2011, despite mining over 300 000 oz in the same period.

Curtis suggests that “the monetary environment in Zimbabwe became more challenging following changes in policy although the general direction of policy development appears to be positive”.

Policy changes disrupted the commercial banking system in October 2018 and in February this year, which adversely affected procurement. Delays in procuring critical items meant that capital equipment suffered from a lack of maintenance which increased the frequency of breakdowns.

Caledonia Mining is optimistic that the introduction of a market exchange rate in February will, in time, allow a return to normal operating conditions. “Costs in the year and the quarter were higher than expected owing to a combination of increased prices for cyanide and steel, the increased cost of a larger fleet of trackless equipment which operates in the declines, and the adverse effect of lower-than-expected grades,” he notes.

According to Curtis, Caledonia Mining is at “a very exciting point” in its development. At its current production level, it is already highly cash generative.

For the next 18 months, the bulk of the cash generation will be deployed to the investment plan at Blanket which Curtis is confident will further increase cash flows as Caledonia Mining Corporation increases production to approximately 80 000 oz of gold in 2022. Once the investment plan is completed towards the end of 2020, Caledonia Mining expects to have substantial free cash flows to deploy elsewhere.

“Against this background, there are very encouraging developments in Zimbabwe which we are optimistic about, that will create new investment opportunities,” Curtis states.