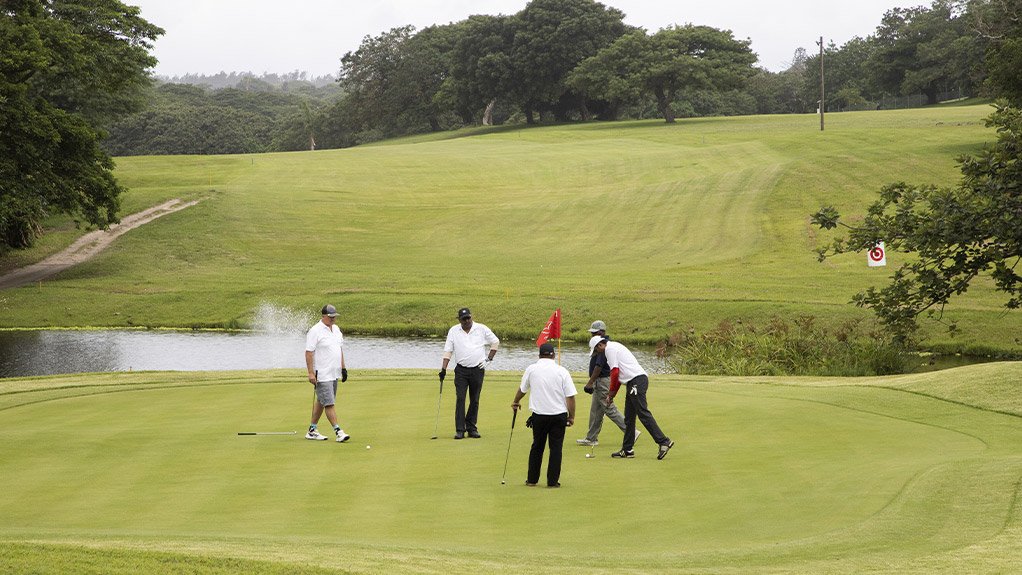 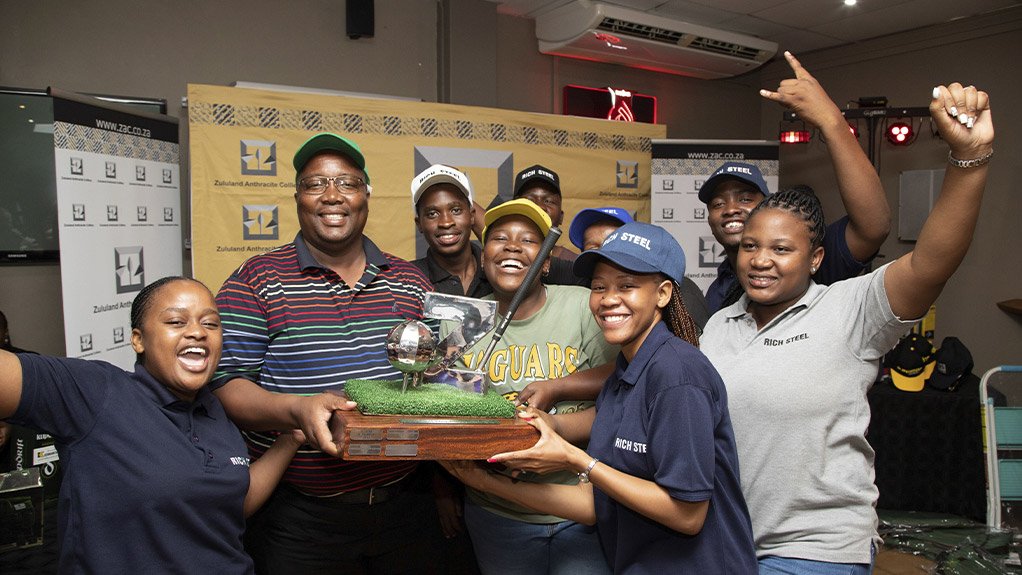 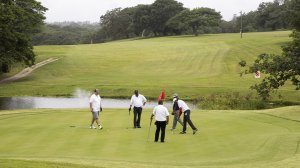 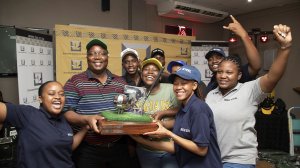 On 16 November 2022, Zululand Anthracite Colliery (ZAC) hosted its fifth annual golf day at the Richards Bay Country Club, in KwaZulu Natal. At least 100 golfers teed off for charity in a very successful event that led to the collection of R310 000. The participants were ZAC and its business partners.

The Golf Day’s format was a 4-person-a-team Scramble Drive four-ball alliance, which is a popular format for charitable events. A spirit of camaraderie was evident throughout the day with the players competing against one another for bragging rights, awards and the many sponsored prizes that were on offer. In addition to the top finishers, prizes were awarded for the longest drive, closest to the pin. There were opportunities for competitors to make additional donations and win prizes such as television sets, by taking part in chipping contests and closest to the target competitions. A hole-in-one cash prize was also on offer.

ZAC GM Wayne Rowe thanked all ZAC’s equipment and service providers for participating and donating considerable amounts to make this annual event the success it continues to be. “It is through your generosity that we are able to provide much-needed assistance to local community initiatives through our annual golf day,” he said.

The funds raised from the previous editions of the golf day were used to provide support for local NGOs and educational institutions, such as the residents and staff of the Zisize Care Centre in Ulundi who received a 300 l/hr yield borehole, equipped with a water filtration unit and the Njomelwane Primary School which received R265 000 worth of renovated facilities. “It is through your generous financial support that we aim to continue to support these causes and expand upon them,” he added.

In addition to the funds raised from companies’ sponsorships of holes and the overall event itself, an auction for the ZAC Floating Trophy was held. ZAC Assistant GM Wiets Beukes facilitated the auction and encouraged companies to embrace ZAC’s mantra of being the ‘Caring Colliery’ by showing their full support for charitable causes and pledging as much as possible. The auction for the trophy progressed steadily with companies making their bids. However, it was not until it was emphasised that the Izindunas of the traditional councils of Mlaba, Zungu, Mandlakazi and Matheni were present that the bid amounts rose substantially. It is these traditional council areas that make up the mine-hosting local communities of ZAC and where the funds raised from the golf day are used to improve the lives of the many residents of the community. After a competitive bidding process, the auction of the ZAC Floating Trophy was won by Richard Ndwandwe, MD of Rich Steel Trading, who pledged R165 000. This is also a new record for the floating trophy.

The generosity did not end there as Conax Machine Solutions Ubuhle sponsored school uniforms for the Ubuhle Bekhona Lamazulu Traditional Dancing Group for its young performers as did Hlomani Mining Services for Njomelwane Primary School for its Traditional Dance Group performers.

John Scobbie, Menar COO responsible for ZAC and Kangra, concluded the event by thanking all those who took part in the ZAC 2022 Golf Day for their exceptional big-heartedness and invited them back next year to continue to support local community development.