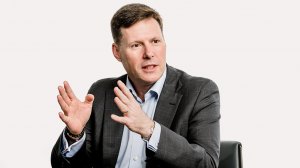 JOHANNESBURG (miningweekly.com) – The world changing at a rapid rate has resulted in profound disruptions to the business of Anglo American, CEO Duncan Wanblad told analysts and investors on Friday.

One of those issues is giving rise to the company taking longer to obtain permits and maintain permits.

“If you add to that the impact to supply chains from the significant market dislocations that are created by conflicts that are happening more dominantly over the world, these are pushing economies, if they are not already there, into recession.

“There are material impacts arising from that, on top of what we have seen over the last few years, as rising and legitimate, I believe, societal set of expectations for companies like mining companies,” Wanblad added.

Inflation now being in Anglo’s costs was also coming to bear in the cost of capital, with the impact of all of this being exacerbated by real evidence of climate change.

Weather events were, he said, becoming more and more extreme and more and more frequent, and Anglo was having to take that into account as it planned the forward direction of the business.

Anglo had responded to these challenges, despite personnel shortages and turnover of skills availability in various jurisdictions across the world, the impact of supply dislocations and the high inflationary environment.

What had put the company on a good footing for 2023 and enabled it to execute the balance of its business plan was the way it had got back to the basics of mining with, in many areas, completely new workforces.

He conceded, however, that considerable work still had to be done to elevate the operating model to a level at which it was able to continue to present sustainable and safe performance.

“But it is now significantly further advanced than it was this time last year,” said Wanblad.

Notwithstanding the recovery of the second half of this year from the gritty first half, thought was still having to be given to whether any fundamental systemic short- to medium-term issues remained as the company progressed through its planning process.

Ore qualities were among three sets of issues impacting the business on a go-forward basis that analysts and investors needed to be cognizant of.

“We are seeing very difficult grades, much lower grades, recoveries, and challenges with very hard ore in our operations in Chile, at our platinum group metals operations in South Africa, in our South American nickel and iron-ore businesses.

“But realistically, given the fact that we were operating for a couple of years with the very people in the work face that our technical teams were not able to deploy to these operations, we just have not been able to get ahead of them at the pace at which we expected to get ahead of them in the previous guidance.

“That doesn’t mean there isn’t still an opportunity here for us. I think that there is. We have some of the technical ideas and developments that will deal with these sorts of ore characteristics. We’re just delayed in deploying those,” he said.

The second set of issues falls within logistical and operational parameters, affecting primarily Kumba Iron Ore in South Africa’s Northern Cape and the steelmaking coal business in Australia, where longwall operations are restarting after a two-year hiatus, and the rate of building the operations back to full production needs to proceed at a slower pace owing to tighter regulatory conditions.

The primary constraint of running Kumba from a production point of view is Transnet, which transports the ore to the port.

While Anglo is working closely with Transnet, it expects that improvement is going to take some time to bed in, which has been taken into consideration when planning.

The third set of issues is the ramp-up expectations associated with the Quellaveco copper project in Peru and the underground project at Venetia in South Africa’s Limpopo province.

The Quellaveco ramp-up was started later than planned and the consequence of the late start is playing through into next year’s guidance.

At Venetia, transitioning is under way from the openpit to a fully underground operation from next year.