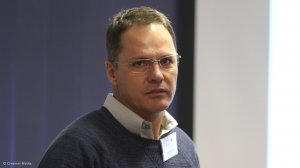 JOHANNESBURG (miningweekly.com) – Confidence in the world order and the ability of governments to manipulate the value of fiat currency is seen to be diminishing, as is confidence in governments as credible sources of capital.

What the world does in such circumstances is buy gold but there may not be enough gold to buy because of a seemingly inadequate level of gold holdings.

That is, a shortage of physical gold relative to the volume of gold derivatives, pledges and undertakings – or “paper” gold. (Also watch attached Creamer Media video).

In addition, the prospects of new gold production look bleak and the reluctance of some refineries to process scrap gold is increasing the risk of overreliance on recycled gold.

“There’s a shortage of real gold to cover the paper gold position that’s out there. Definitely, no doubt in my mind about that… and I think we’re going to run out of new gold. And the refineries are starting to get more and more reluctant about recycling gold,” he added.

What could make that shortfall more acute are production constraints faced by some gold mining companies, particularly those operating in dollar jurisdictions, and not having the benefit of operating in countries with weak currencies.

Many of the dollar-country producers have been in tight financial situations in which their costs have been exceeding their revenues.

As a consequence, they have been unable to spend the appropriate amounts of capital demanded by mining.

Debt-free DRDGold has seen its own market capitalisation soar from R700-million in October last year to a level that recently topped the R4.9-billion mark. (Also watch attached Creamer Media video).