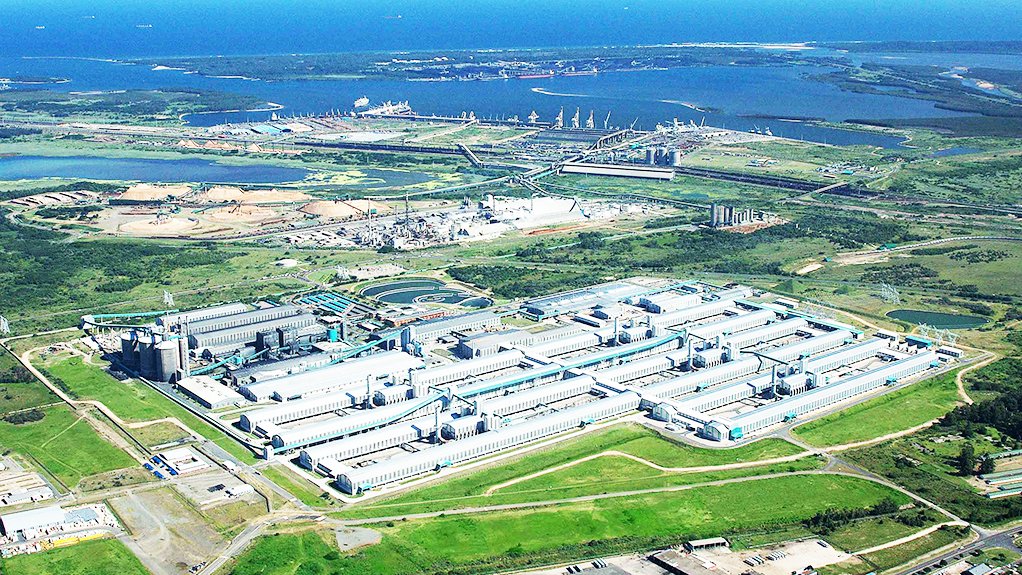 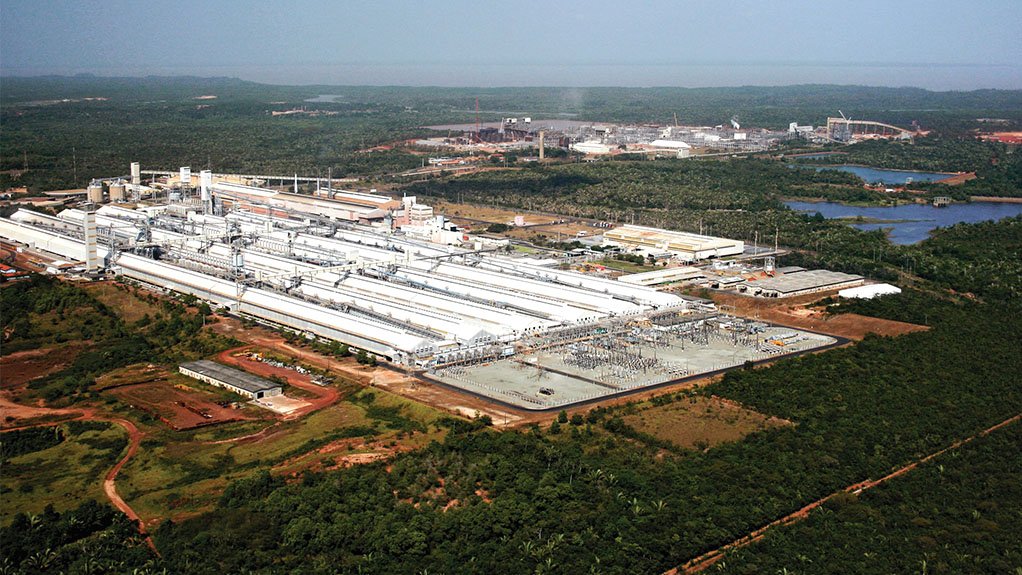 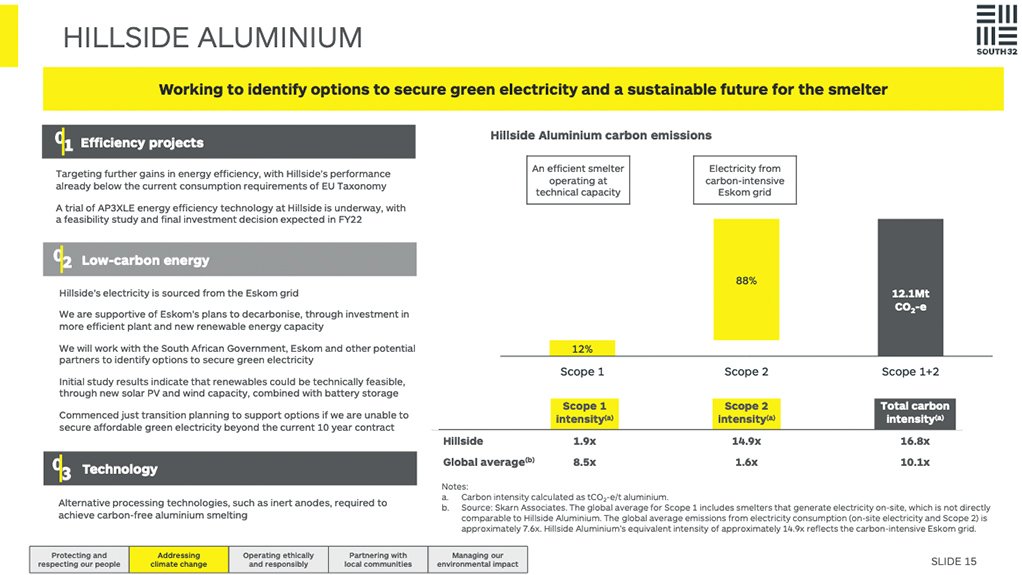 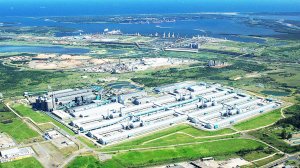 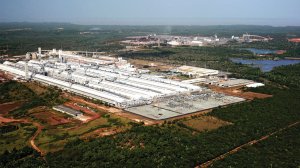 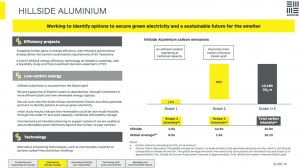 If South32 is unable to secure an affordable source of low-carbon electricity for Hillside, this key KwaZulu-Natal operation risks becoming uncompetitive in the international market over time, given the emergence of carbon border tariffs and end-user demand for green aluminium.

Owing to the aluminium smelter’s significant economic and social importance, South32 has commenced just transition planning to support options for the smelter if its energy transition is not commercially viable and the smelter becomes uncompetitive.

Around 30% of the sales of Hillside – which has played a key role in KwaZulu-Natal’s economic development as one of the largest industrial employers in the region – are to South African customers, thereby supporting local downstream industries and employment.

The aluminium smelter also plays an important role in underpinning the stability of the national electricity grid, as Eskom has the flexibility to interrupt supply to the smelter to support management of the grid and minimise load-shedding.

But it accounts for a high 58% of the Scope 1 and 2 carbon emissions of the four operations that South32 runs owing to its carbon-intensive electricity consumption and is in need of significant greening.

Mining Weekly can report that initial study results indicate that renewables could be technically feasible, through new solar photovoltaic and wind capacity, combined with battery storage. Prefeasibility study outcomes on this work are expected towards the middle of this year.

Already underway at the Richards Bay aluminium smelter is a trial of energy efficiency technology, with a feasibility study and final investment decision expected this financial year. The AP3XLE technology involved is already being deployed at South32’s Mozal Aluminium in Mozambique.

ASX-, LSE- and JSE-listed South32, headed by CEO Graham Kerr, highlighted during its sustainability briefing that it is supportive of Eskom’s plans to decarbonise, through investment in more efficient plant and new renewable energy capacity.

It emphasised its intention to work with the South African government, Eskom and other potential partners to identify options to secure green electricity.

Hillside has bottom-quartile carbon intensity compared with hydropowered Mozal’s top-quartile position, and South32’s second-quartile Alumar aluminium smelter that is being restarted in Brazil will be fully powered by long-term cost-efficient renewable electricity.

Aluminium, a lightweight metal for electric vehicles and construction, represents 36% of the value chain of South32, which provides its aluminium smelters with its own alumina, which the smelting process then electrolytically reduces to liquid aluminium.

Emphasised by Wood Mackenzie during last month’s energy transition webinar were carbon taxes on the horizon that could send the price of unabated aluminium sky-high owing to the large quantity of electricity that is required for aluminium to be produced.

Also reiterated during the webinar is that delivering metals for the accelerated energy transition target of 1.5 °C is poised to be challenging.

“If you look at a carbon tax regime that we believe would be alive with a 1.5 °C pathway, we are looking at an increase in the marginal cost of pricing aluminium of something like $1 800/t, almost a doubling of the long-term aluminium price, which will be transformative,” Wood Mackenzie Metals & Mining vice-chairperson Julian Kettle said during the webinar.