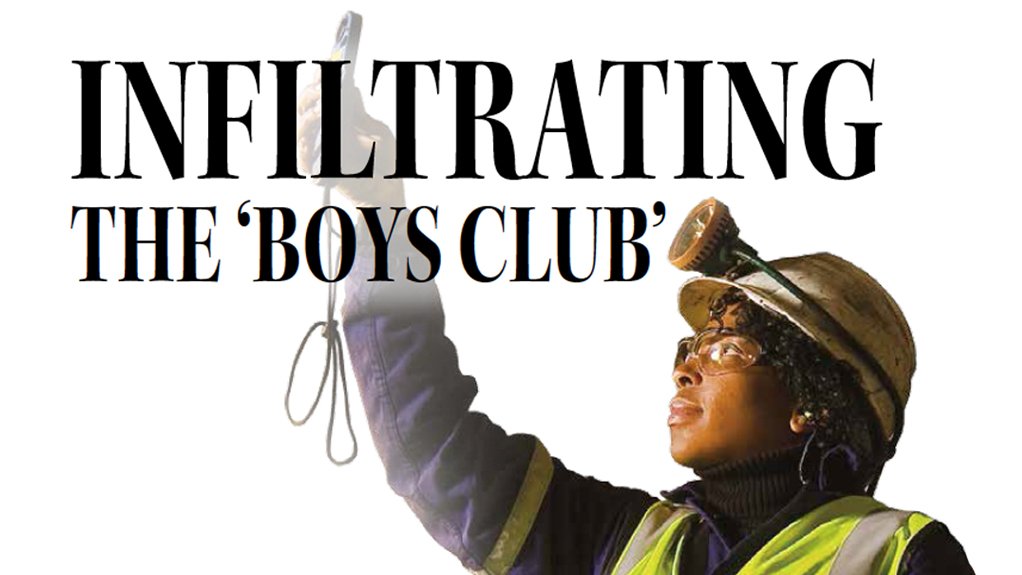 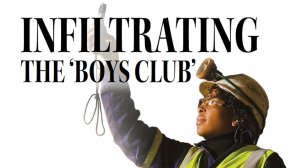 It has been 20 years since the dawn of democracy in South Africa and women are better represented in the mining industry as legislation now enables them to work in the industry. However, legacy issues owing to the exclusion of women in the past persist.

However, the South African mining industry is still behind in terms of local and international norms with regard to workforce diversity, specifically in terms of women in professional and management roles in the sector, says a survey released by WiMSA this women’s month at the 2014 Mining Lekgotla. The yearly think tank took place from August 13 to 14 at Gallagher Estate, in Midrand.

WiMSA conducted the survey towards the end of 2013 in conjunction with professional services firm Deloitte to determine whether companies are doing enough to encourage women to enter mining and keep them in the industry, and whether women are taking advantage of what companies are offering.

Almost 300 responses were solicited from women currently working in South Africa’s mining sector, with 84% of the respondents being full-time employees and the remaining 16% studying with the intention of moving into the sector on completion of their studies.

“Sadly, 44% of respondents agree that their company does not value gender diversity, while 49% think that opportunities of advancement are often awarded based on gender. There is also a strong belief that women have to work harder to receive the same level of recognition and respect as men,” states the survey.

“A lot of women with technical mining skills have left the mining industry to work in the financial sector because they have found that they do not have the opportunity to grow. That is the sad reality of the mining sector,” says Anglo American South Africa executive director Khanyisile Kweyama, adding that mining is still a sector that needs to transform in terms of gender.

Despite the emergence of women role models – such as Kweyama, the first women to hold her position – women entering the mining industry lack mentors.

Randgold Resources principal generative geologist for the group Reinet Harbidge recalls that one year before she graduated from university, women were still prevented by law from working underground in South African mines. She highlights that, in a job interview after graduation, a South African company asked her why she would like to work in the field as “there will be spiders" and she would "have to climb mountains”.

In an email interview with Mining Weekly, she explains that, at the time, women were viewed as vulnerable and needing protection, which led to her generation of female geologists having to actively search for work abroad if they wanted to work in mining or exploration.

“Therefore, I believe that [the current] underrepresentation, especially of women with more than ten years' experience, is a legacy of those times and that even though much has changed, we are still catching up,” explains Harbidge.

The country’s Mining Charter is currently targeting 20% female representation in the mining industry by 2018; yet, when talking to women in the know, Mining Weekly was drawn a picture of an exclusive ‘boys club’, where it is “who you know not what you know” that gets you the job.

“I think it is going to be very difficult to reach [the Mining Charter’s] goal. I don’t think enough is being done to entice women to enter the mining industry,” says newly elected WiMSA chairperson Noleen Pauls, adding that the industry is still very much chauvinistic.

Chamber of Mines (CoM) head of health Dr Thuthula Balfour-Kaipa also points out the existence of a pervasive ‘boys club’ in South Africa's mining industry and suggests women should try infiltrate this group, “because that is where the information is. You can have all the knowledge, but if you are not in the right network, you won’t get anywhere.”

A woman who has been nurtured by one such mining company and stands out to Balfour is Nompumelelo ‘Mpumi’ Zikalala. She has risen up the ranks of diamond miner De Beers since 1996 and was appointed to the board of De Beers Consolidated Mines in July.

“In my time at the chamber, Mpumi is the one I have seen shine,” says Balfour-Kaipa, who notes that “the opportunities are there and it is up to women to take advantage of them. Support from one’s company is, however, vital.”

Nevertheless, Pauls stresses that “we all need to play our part – industry, government and small groups like WiMSA”. She concedes that although South Africa was one of the last countries to do away with legislation preventing women from working in the mining industry, it is, at present, one of the most progressive countries when it comes to enticing women to enter the sector.

“According to our research, about 11% of the mining industry’s workforce, which includes noncore services, is represented by women, but it is still a male-dominated, chauvinistic society and, at a corporate boardroom level, there is a glass ceiling,” states Pauls, who is an  exploration project manager for mining industry consultancy The MSA Group.

Working in the mining industry, Kweyama says: “You have to develop a thick skin, perhaps thicker than you would like”. She adds that women have to gain the respect of their peers, because “you are starting off on the wrong foot, not deliberately, but there is scepticism about your presence from day one”.

She notes that, as much as the industry as a whole may be suffused with the transformation agenda, it does not mean that each individual shares that goal.

“Therefore, you are constantly selling the story of transformation, as change is not easy for people. The only way people will listen to you is if you are convincing and the only way to do this is to do your work and show that you are up to the task,” says Kweyama.

Balfour-Kaipa agrees, and maintains that women need to quickly show people that they have the knowledge to prove they are not a token and have been selected for their job on merit.

While 42% of respondents to the WiMSA survey feel excluded from informal networks in the workplace, owing to their gender, they do still feel that superior performance can overcome this challenge and result in advancement.

“This, however, does build the argument that women have to [perform] at far superior levels to men to receive the same advancement opportunities,” adds the survey.

Balfour-Kaipa highlights that, as with any sector of society with predominantly male representation, women seeking to enter the mining industry require mentoring.

Since the start of her two-year term, Pauls has established a patron initiative in response to the demand for strong women role-models in the mining industry. She says this was made evident at the 2013 Mining Lekgotla, which Balfour-Kaipa chaired this year for the third year running.

“I honestly believe that the flair that women bring to the mining industry is going to make those companies more profitable in the future," says Harbidge, on why she became a WiMSA patron earlier this year.

Global management consulting firm McKinsey & Company's report, The Women Matter 2013, supports her view. “For seven years, McKinsey’s annual Women Matter studies have pointed out that companies with a ‘critical mass’ of female executives perform better than those with no women in top management positions,” it says.

Pauls adds that WiMSA has approached women high up in the industry to be the face of WiMSA – to act as strong role-models that are there to offer support to younger women and students entering the mining industry, and to show them, “we’ve done it and so can you”.

“While this could be an extensive issue across industries, the stark lack of women in mining infers that it is more of an issue [in the mining industry]. As the majority of survey respondents were younger women, this might be indicative of the fact that, at the more senior echelons of the industry, there is a more pronounced lack of women mentors,” it adds.

Mentoring is “close to my heart”, says Pauls, who has been part of WiMSA since it was established in 2010 and spent two years on its mentoring committee before becoming chairperson.

In line with Pauls’ passion, the organisation will this year look to expand its online portal, which was created to enable mentoring partnerships despite people’s locations.

“We would like to expand the portal, not only within South Africa but also to include other WiM groups in Africa. WiM UK is also interested in using the portal, so we are busy negotiating with them to consolidate the portal,” reveals Pauls.

WiMSA has also set up a student chapter to bring students into the group, to provide them with mentors and explain the reality of working in the mining industry, thereby preparing women for the environment.

“Whether some women fully appreciate the type of work they will do, I am not certain,” says Balfour-Kaipa, agreeing that more needs to be done to make women aware of the working conditions they will face when entering the mining industry.

Pauls notes that, of the respondents to the WiMSA 2013 survey that have left university and are working, 56% feel they are adequately trained for their jobs but wish that, before leaving university, they had been equipped with a better idea of the mining industry’s working environment, including the industry challenges and gender-related issues.

The survey reveals that the top four concerns of students who will be entering the mining industry are health and safety risks, work culture, working in remote locations and shift work.

“Generally, students believe that more mine trips and exposure to actual mines during their studies will help prepare them,” it unveils.

The mining industry is a tough working environment, states Harbidge, pointing out that most mines are in remote places and miners work long days as a mine runs 24 hours a day.

“This means that if you are committed to a career in mining, a large amount of travelling and long hours are required. Just like men in the industry, women will have to be willing to sacrifice much of their family or social life. That makes a career in mining particularly difficult for women who would like to start a family, which I believe is the reason many women are hesitant to enter the industry.”

However, Harbidge says there are those who seem to manage by ensuring they have a strong support system.

“Whether this is due to a lack of confidence that their request will be seen as valid, or whether they feel it will create an impression of special treatment is not as yet known, but will be explored in future surveys,” it adds.