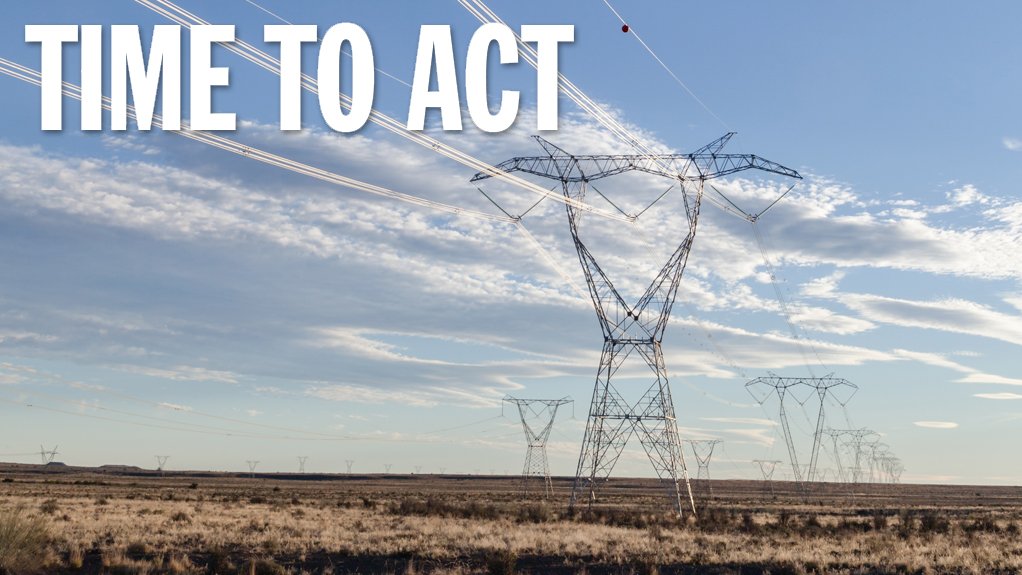 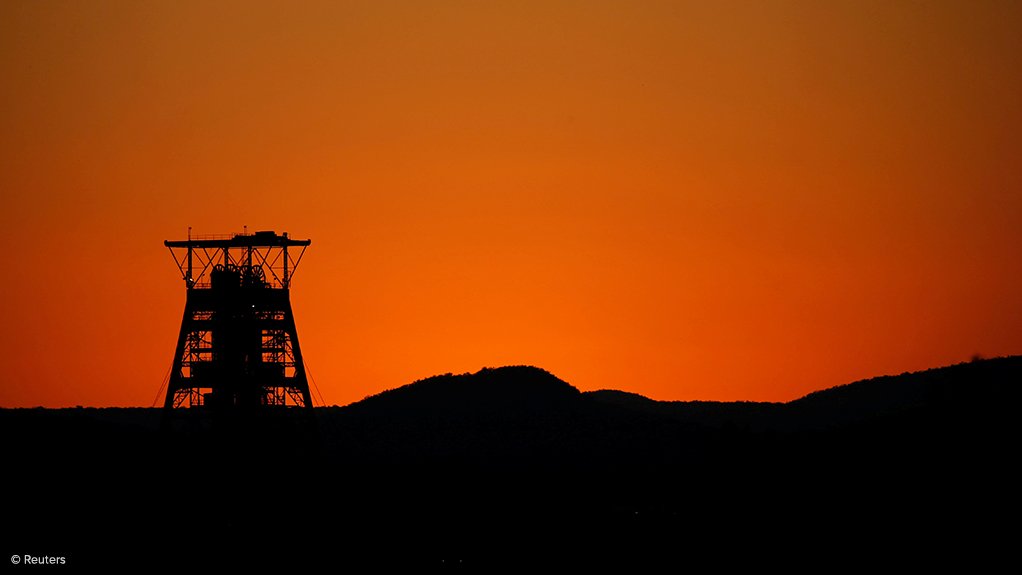 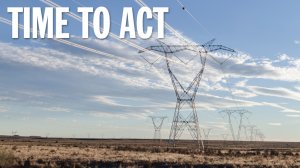 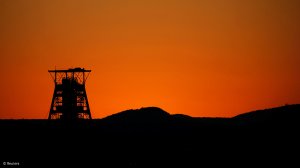 Problems in South Africa’s electricity sector will, sadly, continue to dominate the headlines and undermine growth and confidence in 2022.

Despite the fact that the crisis is now deep into its second decade, there is little sign of immediate relief and load-shedding remains a clear and present danger.

Likewise, there is unlikely to be any reprieve from steeply rising tariffs, which were left too low for too long and have been poorly administered by the National Energy Regulator of South Africa in recent years.

The tariff structure, too, has failed to keep pace with changes under way in the electricity supply industry and, unless urgently restructured to prevent ‘death spirals’ at Eskom and municipal utilities, will also become a threat to the much-needed transition.

Eskom’s unsustainable debt, meanwhile, remains unresolved and there is no obvious solution that does not involve significant (between R150-billion and R200-billion) taxpayer support beyond that which has already been provided through guarantees and ad hoc injections.

Operationally, too, Eskom sustainability remains precarious. Its aged coal fleet is unpredictable and unreliable and intensified maintenance efforts have as yet failed to arrest a steeply declining energy availability factor.

Several coal power stations are unable to comply with the country’s minimum emission standards and will have to close prematurely, unless their lack of compliance is condoned by the authorities, as the utility is in no financial position to invest the R67-billion needed to meet the standards.

In addition, there has been a sustained underinvestment in the transmission and distribution networks that are so key to facilitating the transition from coal to renewable energy.

Structurally, meanwhile, the vertically integrated business model is no longer appropriate in a context of a more distributed generation portfolio that will involve not only large conventional plants but will increasingly also involve large and small independent power producers (IPPs), as well as commercial and even residential prosumers.

The policy overlay, meanwhile, is not fully aligned with the opportunities and risks of the energy transition.

The Integrated Resource Plan (IRP) is in dire need of review, as the current 2019 version fails to reflect prevailing technology costs, continues to impose artificial limits on the integration of renewable energy and is accommodative of a risk mitigation programme that is both expensive and irrational.

There is no joined-up vision for the transition across the energy services of lighting, heating, cooling and mobility, which means that South Africa is falling behind countries with similar energy resources in grasping the economic, industrial and mining opportunities that the transition is presenting.

Even more problematic is the political- economic framework that has many of the hallmarks of a bipolar disorder, with support for an accelerated transition on even days and attempts to turn back the clock on odd ones.

Despite this bleak backdrop, there are some pinpricks of light showing through.

The reform allowing sub-100 MW distributed projects to proceed without a licence even when such generators are using the distribution and transmission networks to wheel electricity to related or nonrelated customers represents significant progress.

This reform, including the regulator’s registration system for such projects, is yet to be fully stress-tested. Nevertheless, it holds the potential to facilitate significant investment, which could be accelerated further by Eskom’s decision to make land available in the grid-rich Mpumalanga province for such developments.

It will be fascinating to see what this means for the Renewable Energy Independent Power Producer Procurement Programme (REIPPPP), the resumption of which was one of the few highlights for the electricity sector in 2021, which was also a record load-shedding year.

Hitherto, the REIPPPP has been the main conduit for IPP investment, but one that is facing several headwinds, including those relating to the single-buyer model, the longevity of the government guarantees that currently underpin the scheme and concerns about the dominance of a few large market participants.

At Eskom, meanwhile, some important restructuring is under way, albeit at a pace that is arguably still too slow to ensure that South Africa is able to fully hitch its wagon to the energy transition train.

That said, the fact that there is any restructuring progress at all is remarkable, given that it is taking place amid a far-reaching and difficult fraud and corruption clean-up, efforts aimed at addressing a massive maintenance backlog and build-programme defects, as well as the aforementioned debt millstone.

Another pinprick of light relates to the opportunity being presented to kick-start a ‘just energy transition’ by potentially tapping the $8.5-billion climate finance offer made to South Africa at COP26.

The details still need to be worked out, including the mix between grants and concessional loans, but it is likely to be heavily weighted towards loans.

While insufficient in scale, given the nature of the challenge, the offer, if converted, could provide a domestic and international just- transition proof of concept. In addition, it could provide low-cost financing impetus for the transition from coal-based power, which is starting to pose a risk not only to the environment but to all South African exports as carbon-border adjustments loom.

Another area where progress is possible in 2022 relates to South Africa’s belated embracing of green hydrogen, which has the potential to be an energy and economic game changer.

One study shows that South Africa’s yearly production of green hydrogen could be more than 3.8-million tonnes by 2050, attract $106-billion in new investment over the period and support the creation of 370 000 additional direct and indirect jobs.

Compiled by IHS Markit, the study says that South Africa is in a good position to export hydrogen and hydrogen products, such as green ammonia and green steel, to territories such as Europe, where yearly imports of 20- to 30-million tonnes of hydrogen-equivalent are anticipated by 2050.

That future commodity export prospect should not distract, however, from the very real need to build on South Africa’s existing mining heritage and expertise, and to do so in a way that aligns the industry with emerging decarbonisation commitments and growing demands for mining itself to be greener, safer and more attuned to the needs of surrounding communities.

The decarbonisation megatrend presents both risks and opportunities for the domestic industry.

Over time, some important export sectors, such as thermal coal, will come under intense pressure, even though there will be short-term opportunities, such as those that were seen in 2021, when coal prices rose materially.

A National Business Initiative study produced in the run-up to COP26 showed that South Africa’s mining sector can remain internationally competitive and support socioeconomic development only if it drives decarbonisation and adapts to the global shift in commodity demand towards minerals used in green sectors such as renewable electricity and electric vehicles.

There is particular growth potential for commodities such as chrome, manganese, gold, platinum and iron-ore, which South Africa already mines at scale.

However, the country will have to materially scale up its exploration for the critical minerals required in emerging green technologies if it is to succeed in offsetting the decline in coal mining, as well as some platinum group metals, notably palladium.

To achieve that objective, the study says that the country’s exploration target of R8-billion a year has to be met by 2026, supported by the policy and infrastructure that could leverage both local and regional deposits.

At the same time, the domestic mining industry will itself have to become a large-scale consumer of renewable electricity as it comes under mounting pressure to decarbonise to stay competitive and avoid carbon- related penalties.

Decarbonisation in the sector will be driven by renewable electricity supply, which could help eliminate about 73% of its Scope 1 and 2 emissions, while electrification of mobility and stationary machinery will lop off a further 15% of such emissions. The phase-out of coal will also remove most fugitive emissions from the sector.

To decarbonise the electricity that the sector consumes will require, the study shows, investment of about R290-billion over the next 30 years. This investment will enable the industry to install 12 GW of self-generated renewables and 5 GW of battery storage capacity.

Another key priority for the sector is to encourage mining company listings on the JSE.

In 1980, when the gold price spiked, the JSE had half of all the world’s mining market capitalisation listed on it.

Unfortunately, South Africa’s financial sector re-regulation has had the impact of empowering the big companies and is limiting entrepreneurship and junior activity on South Africa’s stock markets.

A new incentive structure is surely needed for the listing of companies on the smaller end of the stock exchange and this matter should be given urgent attention this year, as failure to do so could see the mining industry facing an existential crisis, with serious implications for long-term growth and employment.

Given the weak growth outlook for South Africa, which has not yet fully recovered from the economic effects of the Covid-19 response measures, it is critical that the minerals and energy growth engines are reignited.

Currently energy is a constraint to growth, while mining investment, which has been hampered by years of policy uncertainty, is not only too low, given South Africa’s mining heritage, but falling well short of levels needed for the replenishment of reserves and the opening up of new resources through exploration.

Both sectors, whose fortunes have been and will continue to be inextricably linked, have the potential to ignite growth and 2022 should be the year where government policy and messaging becomes an enabler rather than a stumbling block to renewed investment and optimism.