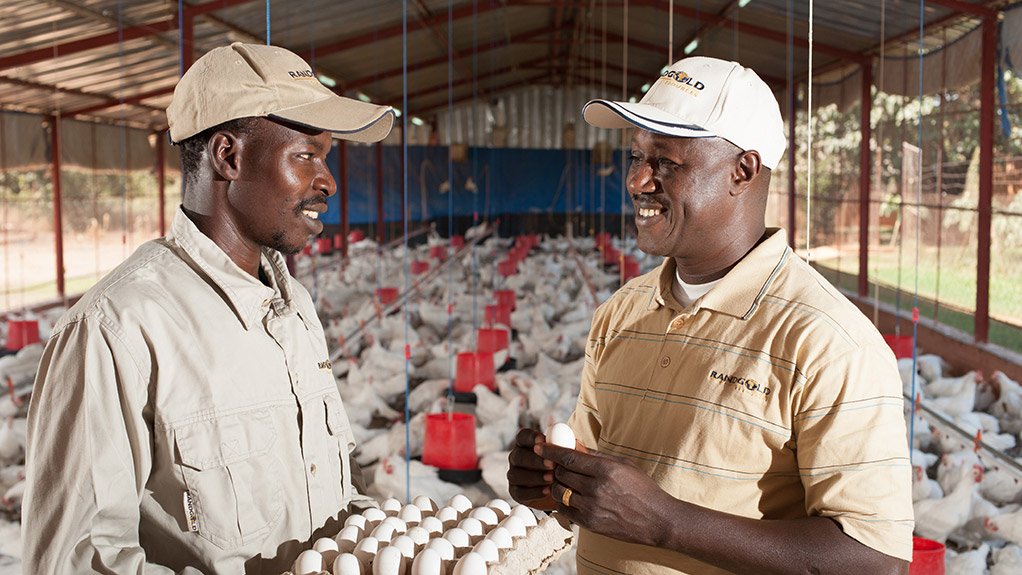 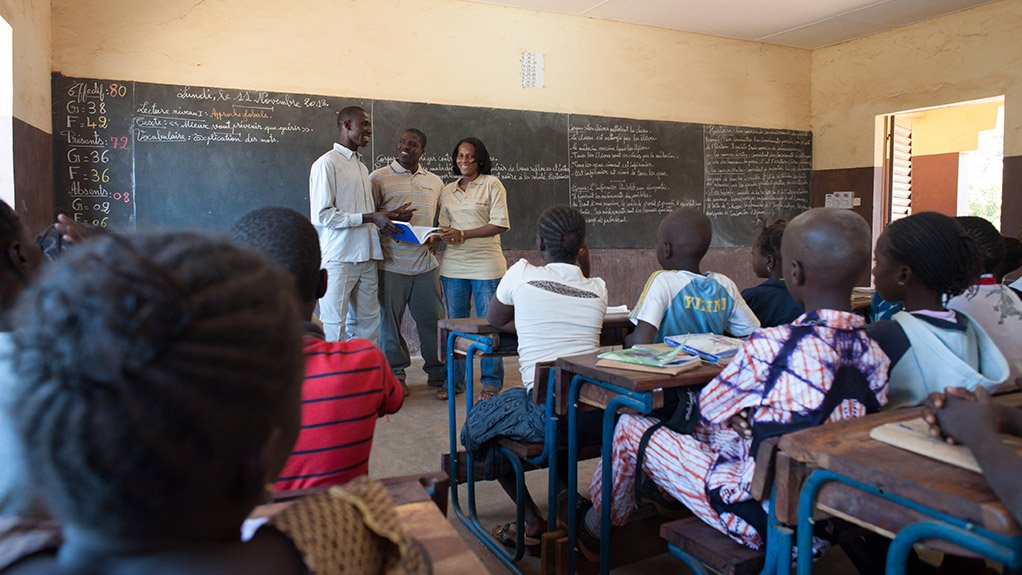 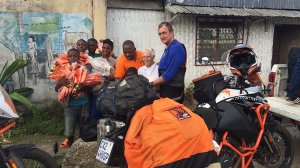 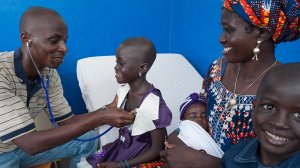 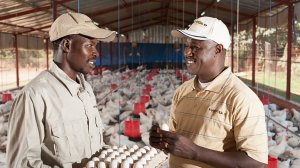 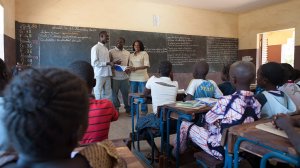 He tells Mining Weekly that the company has built schools, clinics and homes for host- community members, and has initiated and participated in several fund-raising programmes for destitute communities on the continent.

Bristow and a team of family and friends dubbed ‘Boyz on Bikes’ recently raised $1.6- million through their fourth trans-Africa charity bike ride to raise money for Africa’s poor and increase international awareness of their plight.

Bristow and his team embarked on the 2014 bike ride on June 3 from Abidjan, Côte d’Ivoire, arriving at Cape Point, South Africa, 26 days and 10 000 km later. He tells Mining Weekly that the proceeds raised by this year’s ride surpassed the target of $1-million.

Bristow says he has always felt strongly about investing in the communities surrounding Randgold Resources’ operations to ensure that they benefit from the mining of Africa’s natural resources.

The Boyz on Bikes raise funds for those in areas that do not benefit from the company’s corporate social responsibility programmes, especially women and children.

Bristow initiated the trans-Africa bike ride in 2009 and continued with it in 2010, turning it into a fundraising event, because he wanted to create more awareness of poverty on the continent and encourage other businesspeople to help fund the cause.

“I always challenge African businesspeople and politicians to look at what is going on around them and to find ways to ensure that their business and political ventures mitigate some of the continent’s poverty,” he elaborates.

The almost $1.6-million raised by Boyz on Bikes will aid Nos Vies en Partage in supporting organisations that care for women and children, who Bristow believes are at the heart of communities and need to be protected.

About 200 companies and individuals from countries including Austria, Canada, Côte d’Ivoire, the Democratic Republic of Congo (DRC), France, Italy, Kenya, Mali, Senegal, South Africa, the UK, Uganda and the US, made donations in support of the trip.

Organisations that are benefiting from this initiative include a girls’ orphanage, in Côte d’Ivoire; a centre for abandoned children, in South Africa; and three orphanages in the DRC, among many others.

The KwaZulu-Natal-born Bristow believes that the spirit of giving should be at the heart of investing in Africa. “I believe in Ubuntu [humanity to others], giving back and being inclusive. “This is part of the reason why Randgold Resources always looks to empower the local communities around our operations.”

Bristow has been at the helm of Randgold Resources since 1995 and guided the company through its listing on the London Stock Exchange in 1997 and on Nasdaq in 2002.

He adds that, in 2013, the company created 3 800 new jobs, boosting its total workforce to 15 000. Further, 86% of Randgold Resources’ employees and contractors, across all its mines and exploration projects, are host-country nationals. “Human capital is our most important asset. We do what it takes to ensure a safe and rewarding work environment and to develop workforce skills and the leadership of local people.

“At the heart of our approach is a focus on recruiting host-country nationals to provide us with an effective and valuable workforce. This encourages succession planning and builds positive links with local communities,” Bristow explains.

Other Initiatives Randgold Resources completed an $85-million relocation initiative at Kibali mine, which entailed resettling more than 4 200 families from 14 villages to a newly created town – Kokiza.

“We have built 15 schools, nine clinics, five market places, 39 chapels for various religious denominations and 100 km of road in Kokiza, in addition to drilling 56 boreholes for water consumption. “The increase in local economic activity can be measured at Kokiza’s nearby Durba trade centre, where the population has increased from 10 000 to 50 000 in the last three years,” says Bristow.

In addition, Randgold Resources led an initiative in April 2013, which resulted in a donation of $3.15-million to Mali for humanitarian efforts aimed at addressing hardships in the north of the country, by gold mining companies AngloGold Ashanti, Avnel Gold, Endeavour Mining, Iamgold, Randgold Resources and Resolute Mining.

In May 2013, the company donated 60 t of rice to humanitarian aid organisation Red Cross for distribution in the north of Mali, following reports of acute food shortages, particularly in Gao, Kibal and Timbuktoo.