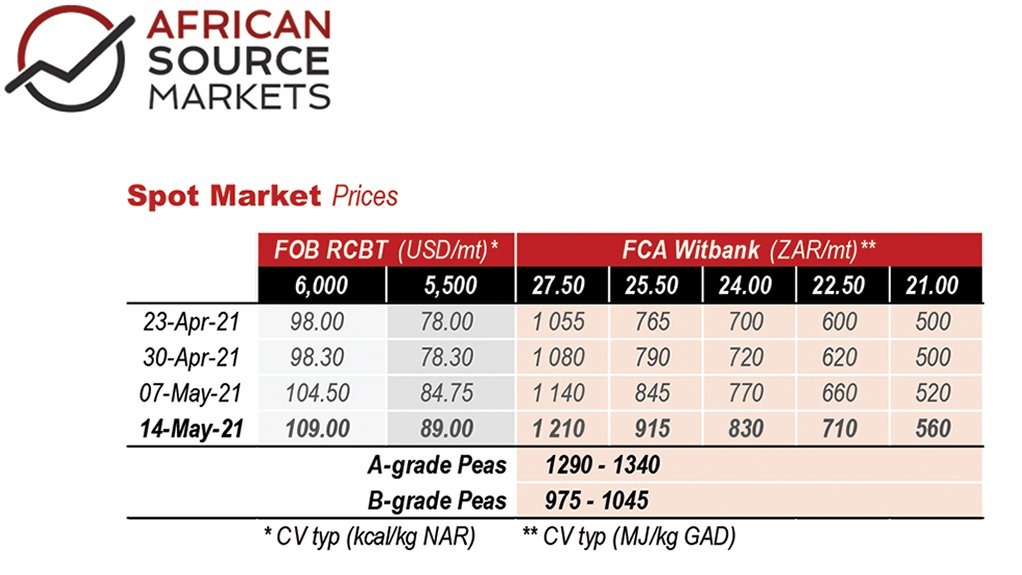 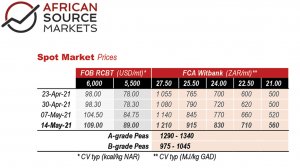 Another wild week as the coal market continues to soar. Chinese domestic prices rallied and then softened significantly, although it was FOB Newcastle prices that were most affected by the turnaround.

Physical Richards Bay continues to trade robustly as demand remains strong. A little rand softening is also potentially on the cards to support South African coal prices even more. At around R1 540/mt FOB, RBCT is the highest it’s ever been. Which is even more surprising as the rand has shown such recent strength of late.

The Chinese domestic coal market is in disarray as at least three Chinese price publications suspended index assessments after spot prices surged 20%, during what is supposed to be the low season for coal demand.

Meanwhile, the stockpiling of coal seems to be carrying on behind closed doors. India, despite its raging Covid pandemic, is also seeing greater demand for coal, helping Australian producers tread water as the economic stalemate with China drags on.

Globally, Platts is reporting that thermal dispatch is on track to reach its historical highs last seen in 2018, with coal-fired generation reaching a new all-time high, gaining 1% globally to 36% at the expense of gas (22%). Locally, Eskom has now settled its Duvha contract with South32, at least until Dec-24, which clears the way for Seriti to purchase the SAEC assets.

The bulls are continuing to run. Of course, the party will end sometime in the bull-ring with the bull being killed, but for now the tequila shots are flying.

Technically speaking, the market is getting a little overheated once more. But with recent momentum having traded much higher, it’s possible that this wild price ride still has some legs to it.

Traders of course must be aware that sharp peaks almost always also mean sharp descents. Perhaps the soberest of bulls should start ringing around for an Uber as the party peaks….