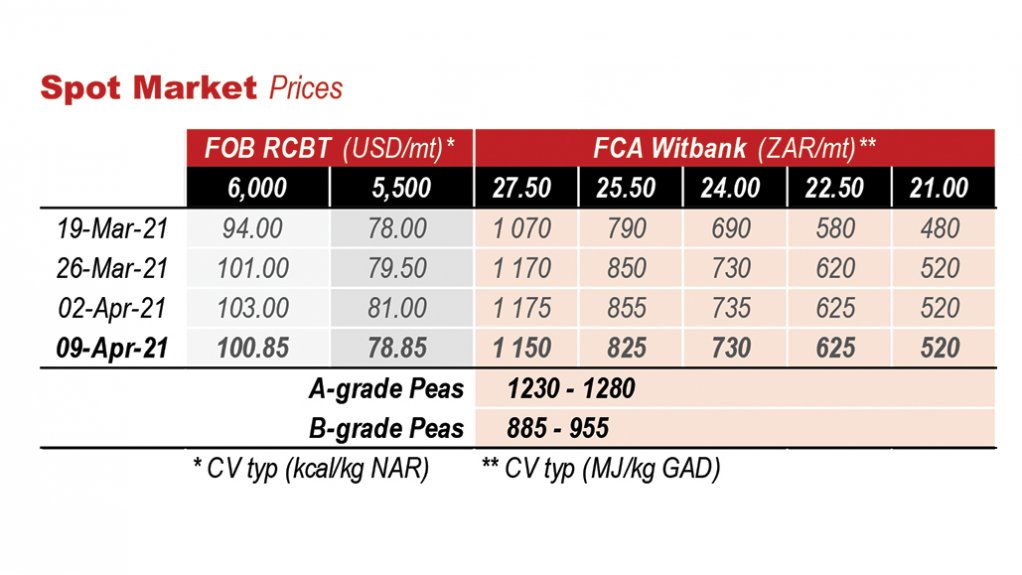 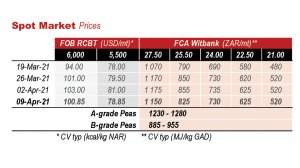 As Anglo Coal forges ahead with listing Thungela Resources, Exxaro has sold its central block operations (Forzando, Dorstfontein) to Overlooked Coal. However, the mining houses are holding onto their coal export allocation, indicating that coal trading and marketing remains a key advantage for them.

However, spot prices and the premium over paper is looking weaker now, as many Chinese traders pre-booked cargoes despite current high freight rates, anticipating strong summer power demand. For its part, Australian coal is now becoming firmly established in the Indian market, as a cheaper alternative to SA coal.

However, Indian coal demand is also set to retreat going forward whilst China continues to build even more coal-fired power, more than offsetting coal power demand reductions around the world.

Chinese domestic coal production is also expected to be strongly up for 2021, with Yanzhou, CNC and Shenhua Coal all expecting production increases of over 6% year on year. Smaller producers such as Glencore and Arch are guiding for production decreases of around 25%.

Have we seen the peak in the market, with physical RB1 just peeking over $100/mt? From both longer term trend and shorter-term momentum, we may still see higher prices ahead, as the odds favour a continuation of trend, versus a reversal.

However, should we see momentum fall over the coming weeks, we would expect to see quite choppy, sideways action around the $100 level. The entire market is having to find its feet again, with new buyers to deal with in both Indian and Chinese markets.

International coal production is likely to decrease over time, with increased Chinese domestic coal production taking its place. The seaborne playing field thus continues to shift and price will remain on alert and responsive to the marginal tonne of demand, wherever it eventuates.