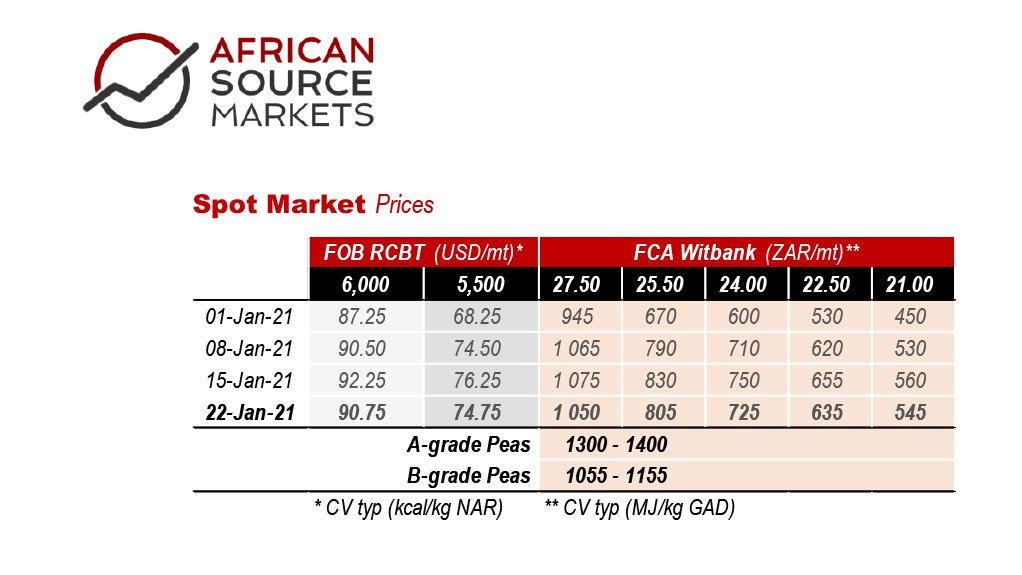 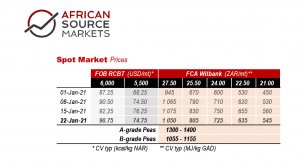 Chinese domestic and Pacific coal markets were substantially lower on the week, as supply and weather constraints eased. However, Europe is now dealing with severe cold weather as power and gas markets have tightened. Prices have soared as renewables fail to perform as hoped in the inclement weather.

Despite its negative press, coal is therefore proving quite resilient, and Asia remains on an upward trajectory in coal demand over the next several years. Chinese coal imports have soared since November, as Beijing relaxed import restrictions to meet heating demand, helping to ease domestic coal prices. The country’s move to try and replace domestic coal heating units with gas units has also largely backfired, as most poorer citizens cannot afford the gas bills.

Even in the US, coal-fired power is expected to bounce back around 14% in 2021. However, this could all simply be coal’s last hurrah as finance for coal mine expansion, and coal-fired power plants remains constrained.

Many struggling coal producers will find it difficult to ramp up supply, and those who do may see prices come off rapidly once more. It is likely that coal price volatility will rapidly increase over the next several years, as supply and demand become more sporadic and difficult to predict.

As short-term momentum breaks down, we expect to see continued choppy price conditions, essentially around the $90 area. This is not ideal ground to make any decisive moves, while we wait to see what happens when momentum is ready to turn back up again, forming the classic bull-flag pattern.

It’s therefore possible that we may still see $100 for RB1 later in the first quarter, although the back end of the curve has already come off significantly. If we had to hazard a guess for now, we would expect the spot price to remain robust but under pressure, biding its time for a move higher when momentum recovers.