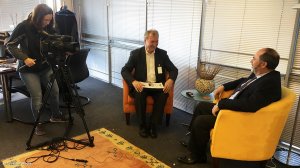 JOHANNESBURG (miningweekly.com) – The Voorspoed diamond mine in the Free State is scheduled to close by year-end if the Department of Mineral Resources (DMR) is unable to secure, in the next 30 days, a suitable bid that will set the seal on the employment and community support that this Kroonstad-area mine provides.

The decision to close the mine follows an intense nine-month expression-of-interest process that has failed to deliver a potential future acquirer of the ten-year-old De Beers Consolidated Mines (DBCM) operation, which the DMR is now itself making a last-ditch effort to save. (Also watch attached Creamer Media video.)

“Unfortunately, we’ve not been able to identify a bidder that meets the necessary criteria and so we’ve reluctantly taken the decision to close the operation in a responsible manner, as it is no longer economically viable for DBCM to operate the mine. We do not underestimate the impact this will have on the mine’s employees and we’ve put appropriate support structures in place,” DBCM CEO Phillip Barton told Mining Weekly Online, following his engagement with the DMR on Monday, at which DBCM confirmed that it is principally not opposed to the DMR’s request of embarking on a process to identify a proposed operator within a 30-day period, beginning on August 1 and ending on August 31.

“We look forward to engaging with the DMR further in relation to this proposal in order to understand and finalise the basis upon which it will be undertaken,” Barton said.

DBCM’s priority throughout its transparent disposal process has been the safety and well-being of its employees, with the company expressing strong commitment to ensuring that any potential future operator has the required technical and financial capability, as well as values aligned with those of DBCM.

The closure process will take place in parallel with the separate process of the DMR seeking to identify and propose an operator capable of purchasing Voorspoed.

DBCM received a high number of 42 initial expressions of interest from potential buyers, but none met the technical, financial, regulatory and social criteria required to sustain the mine.

As a consequence, DBCM announced on Tuesday that its board of directors had taken the decision “to proceed with the responsible closure and rehabilitation” of the operation, with due consideration being given to the company’s 650 employees and contractors, and to its host communities.

DBCM is committed to conducting the closure process in consultation with employees, the union, host communities and the DMR, “in a transparent and responsible manner, while continuing to uphold the highest safety standards at the mine, until its closure at the end of this year”.

Voorspoed, which has a history dating back to 1906, remained dormant for a century until DBCM went ahead with the opencast diamond mine, located some 30 km north-east of Kroonstad, in 2008.

DBCM’s decision to place Voorspoed on the market last November was taken to provide the opportunity for  lower-cost operators to employ a different operating model that could potentially extend the mine’s operating life beyond 2020, thereby contributing to the host community through continued employment opportunities and economic activity.

“We opened the mine in 2008 as part of a ten-year project and as we started getting towards the end of life of mine,  we proceeded on the normal process that we do and that is to look at the options: do we run the mine until closure, do we try and extend the life of mine, or do we try and sell it and hand it over to somebody else that can extend the economic life for the mine?

“We had our mother company, Anglo American, bring in some of their global experts and we looked at everything: different ways of approaching the opencast, underground options, combinations of opencast and underground options and, sadly, we did not come up with an option, in terms of our structure, that would make commercial sense to sustainably continue Voorspoed mine,” Barton outlined to Mining Weekly Online.

It was then decided to go for a sale option in an attempt to ensure continued employment and continued economic activity in the Kroonstad area and in the diamond world.

Compared with DBCM's previous mine selling experiences, the initial bidder response to the Voorspoed sale was phenomenal, but a sidewall failure right in the middle of the process had a negative impact.

"The bad news around the Voorspoed sidewall failure in particular was that the only way to make it safe reduced the life of mine, because we had to buttress that particular wall and that covered part of the current Cut Three, so that brought the life of mine forward by a year to the end of 2018.

“We then informed the bidders. At that stage there were still 12 bidders left in the disposal process, and only four withdrew. They then went through the due diligence process and, in the end, we received four binding bids.

"In analysing those four binding bids, we looked at technical ability to be able to mine Voorspoed sustainably into the future and financial ability. We also wanted, as in the past, an entity with a good reputation, that shares a number of our values, and also economic empowerment credentials.

“The aim was to sell Voorspoed as a going concern that would be sustainable for a few more years into the future. Sadly, when we analysed the four binding bids, none met all of those criteria and we made a recommendation to the board to proceed with closure, cease mining operations by the end of this year and then enter into a formal closure process after that.

“I've met with the DMR, represented by the DG himself, and he shared with us, as we are aware, that the Minister and the department are very concerned about the many mines going into care and maintenance and closure, and the job losses that we’ve got to try to curtail.

“So, what we’ve agreed is that we will continue with the closure process as set out, but that in parallel, the DMR will see if there is someone on their side that is appropriate to operate the mine. They get approached from time to time by investors that might not have fallen within that ambit of our initial search. So, for a short period, they’ll see if there is somebody on their side, but in the meantime, we’ll run the closure in parallel to their search.

“We'll be engaging extensively with our employees because, at the end of the day, it’s about our employees, it’s about our communities. The one undertaking that I can give is that that normal care will be evident over the next few months and beyond that, as we close and exit Voorspoed mine,” Barton told Mining Weekly Online.

Through its various corporate social investment programmes, DBCM has a track record of providing ongoing support when transferring mine ownership and engaging in mine closure.

Meanwhile, DBCM’s Venetia underground mining project in Limpopo, in which $2-billion is being invested, is ahead of schedule, below budget and showing great promise at the halfway mark.