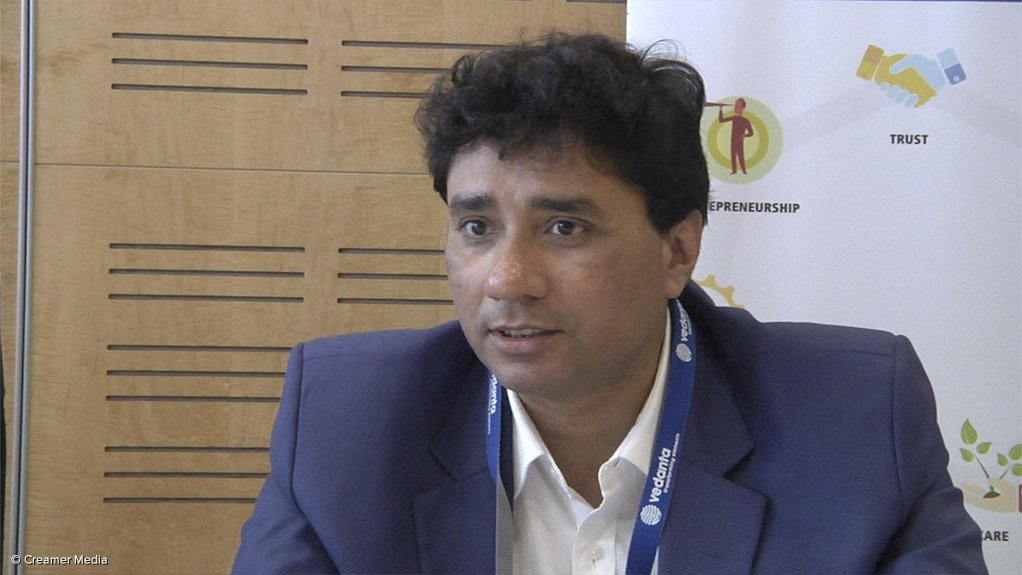 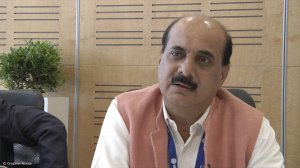 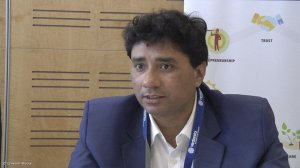 The current zinc metal production capacity at its Hindustan Zinc operations stands at 1.2-million tonnes a year. The company is aggressively expanding its mining capacities, with six major ongoing projects.

The resources company is the ninth-largest silver producer in the world, producing 700 t of the metal last year. “We’d like to increase that to 1 400 t/y in the next four to five years’ time,” said Sunil Duggal, CEO of Hindustan Zinc, which is India’s only integrated zinc/lead/silver producer.

Vedanta Zinc International projects director Satish Kumar has also outlined prospects for Vedanta’s Black Mountain mine and the newly finished Phase 1 of the Gamsberg project, in the Northern Cape, which has 250 000 t of zinc production capacity.

The aim is to double the capacity in the medium term by implementing Gamsberg Phase 2 and then to grow that into beneficiation.

Vedanta Resources also has aggressive targets to boost its oil and gas production, as well as iron-ore. It is one of the top low-cost producers of iron-ore in India.

Sauvick Mazumdar, CEO of Sesa Goa Iron Ore, a majority-owned Vedanta subsidiary, says he plans to move from 10-million tonnes a year towards a target of 15-million tons of iron-ore a year within three years. He expects 80% of the growth in iron-ore to be organic, with a “multifold” increase in jobs.

Safety will be an increasing priority in tandem with growth.

“We have a very focused approach to safety. Our entire workplace is subdivided into small grids, with people responsible for their own areas. With good intervention, our safety record has improved,” said Mazumdar.

He said Vedanta Resources was committed to giving back to communities through its Nand Ghar programme aimed at empowering women and children. “We have established 1 500 multipurpose centres [sporting] solar electricity, clean drinking water and hygienic toilets,” said Mazumdar.

“We are developing the youth for the future, [which includes] nutrition and mental development to computer education,” he added.

Vedanta says it aims to triple the number of Nand Ghar centres within the next few years.