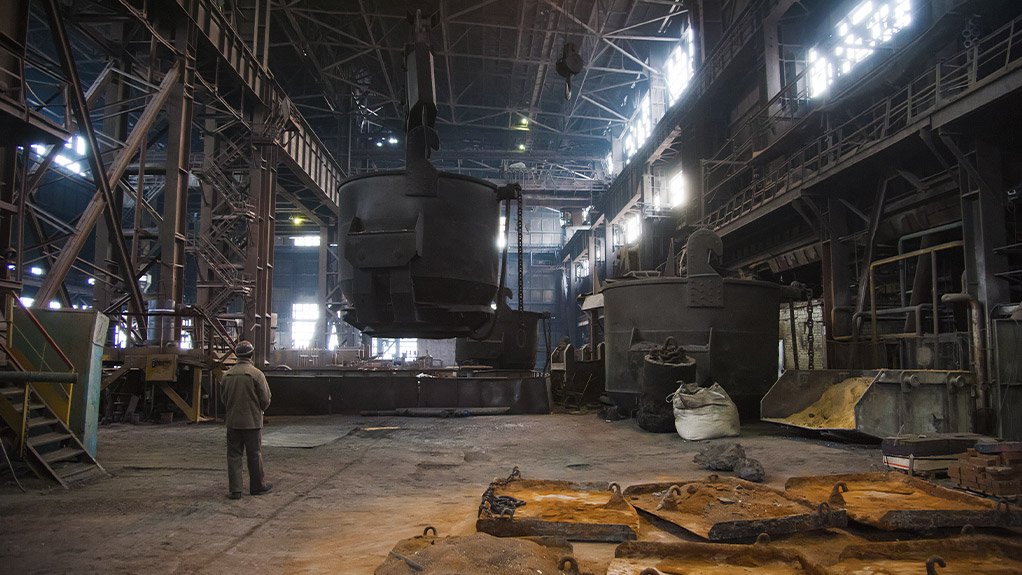 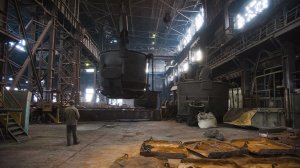 MANUFACTURING COOLDOWN Numerous South African foundries and smelters have doused their furnaces and shut their doors, leading to job losses in a number of manufacturing sectors

The valves sector in South Africa has shrunk every quarter since 2017, with about 9 000 jobs lost since the start of 2020.

“It’s not going to be any better this year. We are in for a tough time,” she laments.

She says the poor performance is largely owed to the manufacturing sector in South Africa suffering several setbacks over the past decade.

Du Plessis singles out State-owned power utility Eskom’s generation woes, exacerbated by ongoing financial problems, as one of the most critical factors contributing to the manufacturing sector’s rapid decline.

She also cites load-shedding as causing critical issues for the manufacturing sector.

For example, the time to cure rubber lining on valves takes about four hours, but when this process is interrupted by load-shedding, the linings can be ruined completely. The entire process has to be started again from scratch. This includes burning, shot blasting, relining and, finally, the curing process. This sets production back by hours and wastes raw materials.

To avoid such setbacks, valves companies need to invest in industrial generators, she says, adding that these generators are costly in terms of capital expenditure and operational costs.

The businesses most severely affected by load-shedding and rising energy costs are smelters and foundries.

“Many smelters and foundries have closed their doors because it is no longer economically viable for them to continue operating in South Africa.”

With many local smelters and foundries going out of business, numerous local manufacturers are forced to import parts.

While the current softened market does provide some opportunities, one needs to be in a financial position to take advantage of them, which is not the case for most companies at this time, Du Plessis explains.

The mining industry provides much of the work for the valves sector, along with the water and energy industries, although she says the power generation sector – particularly Eskom – has little to no budget for upgrades, which reduces the available work for the sector.

“The valves companies that depend mostly on the energy industry for an income are struggling to stay afloat,” she says.

The mining industry is performing better than the energy industry, but new mining activity in South Africa has slowed down to a point where most valve companies are depending on exports to remain afloat – mostly to other African countries.

“Exports are a good source of income. Exports account for about 60% of the sector’s income. However, we are unable to service local clients because of a lack of funds available to local procurers, particularly among State-owned enterprises,” she says.

It is a challenge for companies to supply the local market because the requirement by most tenders is for a minimum of about 70% local content, which is often not possible because of the dearth of local manufacturing capacity.

“There seems to be no assistance from government towards uplifting the local manufacturing sector,” she says.

As a potential solution to this, Du Plessis suggests that government perhaps relax taxes for manufacturers, as well as stringent broad-based black economic- empowerment (BBBEE) requirements, to reinvigorate investment and prevent overly prescriptive policies from “choking” the manufacturing sector.

Meanwhile, investment in water infrastructure is occurring at a steady pace, providing enough work opportunities to keep some companies afloat, with numerous opportunities for export also being available.

However, Du Plessis laments that numerous tenders for water projects are repeatedly put out without being awarded.

Very little technological innovation is occurring in the local valves manufacturing sector, owing to low levels of investment and a reduced risk appetite in the market.

“Most of the technological innovation is happening in Europe. Germany, for example, is constantly developing new technologies. Unfortunately, these imported technologies are often quite expensive for local buyers,” Du Plessis comments.

China, while a major manufacturing hub and the source of many valve-related imports, is not known for its technological innovation in the sector, she adds.

For innovation to occur locally, more young people should be employed in the sector, and for such employment to become a viable career path, the manufacturing sector needs to be uplifted, says Du Plessis. For that to occur, power generation must become reliable and stable, and challenges with labour unions need to be minimised, she adds.

“There is immense potential for the valve manufacturing sector to grow in the mining and water sectors if efficiencies can be created and maintained along the value chain and within certain policy frameworks, particularly with regard to how BBBEE and wage increase demands impact on the manufacturing sector,” she concludes.