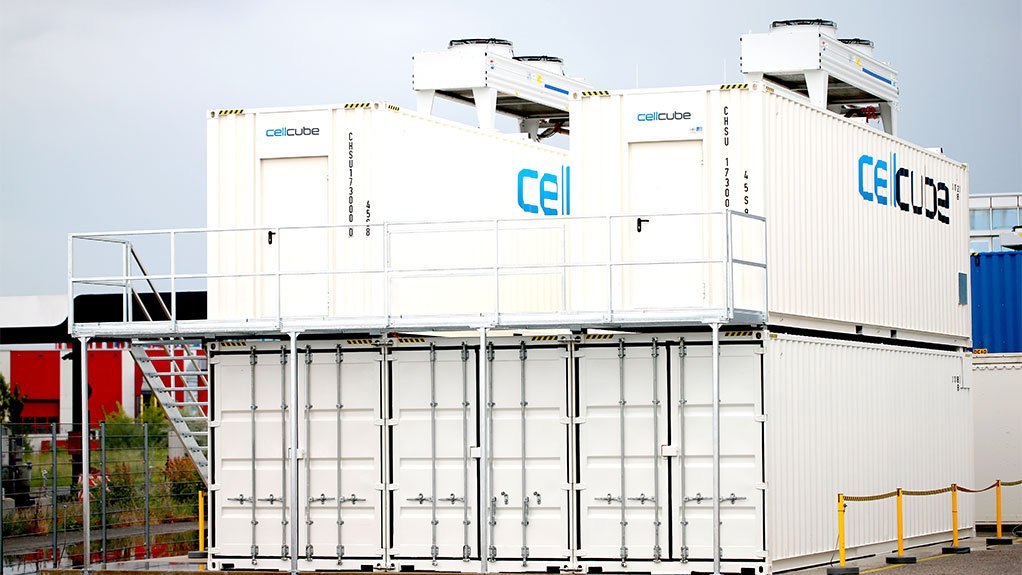 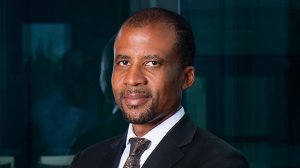 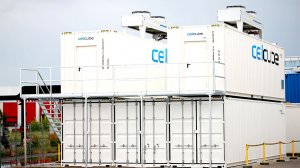 JOHANNESBURG (miningweekly.com) – South Africa’s 5 000 MW renewable energy storage requirement is seen as providing the critical mass for the creation of a new local energy storage industry that will have the potential to export into the growing global market for energy storage solutions.

That is the view of Bushveld Minerals CEO Fortune Mojapelo, who spoke to Mining Weekly in a Zoom interview. (Also watch attached Creamer Media video.)

The head of the London Aim-listed Bushveld sees a mix of short- and long-duration energy storage viably meeting the 5 000-MW-in-three-years challenge set by the National Planning Commission – and highlights vanadium redox flow batteries (VRFBs) as being ideal for long-duration electricity storage.

Long-duration batteries support the integration of renewable energy into electricity grids and Mojapelo sees upcoming energy storage demand as providing a generational opportunity that South Africa should not miss.

On energy storage being the flexible renewable energy enabler, he notes that sun shines at its brightest during off-peak periods “and, ideally, you want to be storing that energy and using it during peak periods when you're running those diesel generators, which are quite expensive.

“Similarly, if you look at wind generation, its peak generation capacity is during off-peak windows from a demand perspective.

“Pair that with long-duration energy storage, and you can deploy this power flexibly into the time zones when you need it the most.

“Overall, by doing that, you're improving the efficiency of the grid and enhancing the contribution of renewable energy to the grid,” Mojapelo points out.

To meet emerging demand, Bushveld has positioned itself for broad-based involvement through its far-reaching vertical integration model, with its downstream business including the construction of an electrolyte manufacturing plant in East London, the development of a hybrid minigrid at its Vametco vanadium processing plant in Brits, and investment into VRFB manufacturing. The company also has the primary vanadium-processing Vanchem facility in Mpumalanga.

The minigrid will use locally mined and beneficiated vanadium, demonstrating how vanadium battery energy solutions can provide more local value for South Africa than any other storage technology and thus underpin a just energy transition in South Africa. The project's total cost is estimated at R113-million ($7.1-million).

The minigrid project is serving as a renewable energy, VRFB reference site.

Mining Weekly: What is the value of long-duration vanadium redox flow battery technology?

Mojapelo: The power system has different needs that can be provided by energy storage. Eskom, for example, has identified about 18 different uses. Some of them are what you call ancillary services. They require fairly short bursts of power lasting minutes to one hour and maybe two hours and that’s where, again, we're saying short-duration technologies can come in. But there are other uses that require four-hour, six-hour, eight-hour, or ten-hour storage, on a daily basis. If we’re talking about shifting solar energy into the evening, or wind, then you need long-duration batteries and as far as those are concerned, we think vanadium flow batteries are the best solution. One of the reasons for that is the fact that within a vanadium redox flow battery, the energy is stored within the tanks of electrolyte, separate from the power unit. If I want to store more energy, I don't need to replicate the entire system, I just need to increase the sizes of the tanks and that's why with longer duration applications, vanadium redox flow batteries are becoming a lot more competitive.

The other point is that these are long-life battery systems. They last for 20 years plus, and the electrolyte doesn't degrade over that duration, which means that you can use it at the end of the life of that battery in another battery as well. That makes them one of the most sustainable battery solutions out there. We've shown this at Vametco, that we can take that electrolyte back to our operations and convert it into ferrovanadium, so you don't really need to build new recycling facilities down the road to deal with electrolyte at the end of the life of the battery. That's why we think that vanadium flow batteries are the most sustainable and ideal solution when it comes to long-duration energy storage. For South Africa, another point that is particularly worth noting is that we've got abundant resources of vanadium. Of the four primary vanadium processing plants in the world today, three of them are in South Africa. The reason is because that's where we've got the grade, and that's where we've got the resource scale. If the world needs to double its production of vanadium, the resource base is here. We're going to just need to build more processing infrastructure.

The other thing around that is not only do we, as Bushveld, produce the vanadium, we’re also building an electrolyte manufacturing facility in East London, in partnership with the Industrial Development Corporation. We take the vanadium, convert it into electrolyte, and deploy it into the batteries, in this country, with a very, very high degree of local content. The minigrid that we are going to start constructing now and which we expect to commission in the first half of next year, will contain vanadium that was mined at Vametco, and which has been processed into electrolyte. Because electrolyte plant is not up and running yet, that vanadium had to be turned into electrolyte at another facility but if the facility had been up and running, we would have been taking vanadium from our mines through a processing plant, converting it into electrolyte at our electrolyte facility, deploying it right back at the mine to solve our own power requirements.

Mining Weekly: Why is Bushveld building the hybrid minigrid at Vametco?

Mojapelo: In South Africa, it's fair to say security of energy supply is an issue, along with cost. To take more control, we welcomed the opportunity to develop our own self-generation solution. We started off with a small 3.5 MW photovoltaic solar project with a 4 MWh vanadium redox flow battery, with the intention of going beyond just supplying our requirements. Because of our activities within the vanadium redox flow battery space, we wanted to also demonstrate the business case for co-located renewable energy generation and vanadium flow battery storage solutions. We set this project up as a distinct standalone entity, because we also wanted to make sure that we can bring in third-party financing.

The minigrid company has got a power purchase agreement with Vametco, which is a long-term power purchase agreement. That has been able to attract equity funding and commercial debt funding, which just underscores the economics of such a project and the attractiveness thereof, which is important if you consider the South African context, where the government has moved to encourage large energy users, who want to generate power for their own consumption, to do so up to 100 MW. We think that this project is a very good example of how this can be done. Our next step is to scale this up to meet a greater share of our energy requirements, not only at Vametco, but also at Vanchem. We could have said let's fund it ourselves, but the validation that comes with third-party funders is particularly important.

Mining Weekly: In what way can vanadium energy storage solutions help to ensure a just energy transition in South Africa?

Mojapelo: One of the key things about vanadium flow batteries is that they're very ideal in long-duration applications. If you want to do peak shaving or load shifting of four-hours or six-hours duration, it’s going to be important that you get long-duration solutions such as vanadium flow batteries. The utility Eskom is increasingly recognising the need for this, which was seen, for example, with the recent procurement programme for 1 400 MWh, and talk of a lot more coming further down the road.

Mining Weekly readers will recall that Bushveld started on its journey to being a vanadium producer when it acquired Vametco between 2017 and 2018.

This was quite transformational in rapidly taking Bushveld from being an exploration company with a tiny $20-million market capitalisation to being a producer. A follow-up in 2019 was the acquisition of Vanchem.

These two plants last year produced 3 500 t, which is just over 3% of the global market, and it anticipates a run rate of over 5 000 t a year by year-end.

These increases are largely the result of refurbishment at Vanchem, where a considerably larger kiln, similar in size to the Vametco kiln, allows Vanchem to operate at lower cost.

Targeted by years-end is an output of 5 000 t of vanadium a year, or about 5% of global demand.