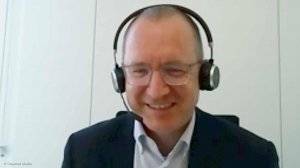 JOHANNESBURG (miningweekly.com) – The use of ruthenium in fuel cells is poised to decline in line with the growing trend towards the generation of green hydrogen.

“We believe that the use of ruthenium in fuel cells will come down, as the trend to green hydrogen will bring with it purer feeds with less carbon monoxide impurities, which basically means you no longer need the ruthenium to prevent the activity loss on the anode side,” Heraeus Precious Metals executive VP new business development and innovation Philipp Walter told Mining Weekly in a Zoom interview. (Also watch attached Creamer Media video.)

The increasing purity of hydrogen generated by electrolysis, rather than by the steam methane reforming of petrochemically derived hydrogen, reduces the need for ruthenium-based catalysts.

But the importance of ruthenium might ascend if development under way enables it to substitute rhodium and iridium – as well as play additional roles in the semiconductor field.

From a supply point of view, ruthenium is in balance, and its price is well below the sky-high levels of rhodium and iridium, meaning that there could be future demand for ruthenium as a suitable replacement for its fellow platinum group metals (PGMs) in, for example, emission catalysts.

“You’re talking here about 0.03 g to about 0.07 g of ruthenium per kilowatt,” said Walter, in commenting on the volumes of the metal that are required to do the job.

On the outlook for the ruthenium price, Walter said: "It’s, of course, always a question of crystal ball gazing but in general the price of ruthenium has increased lately, following the overall trend of price hikes, but to a lesser extent and driven mainly by speculation."

Mining Weekly: So, just as platinum is substituting high-priced palladium, is ruthenium in line to do the same for supply-constrained rhodium and iridium?

Walter: Investigations into this are ongoing. If you look at rhodium and iridium and their skyrocketing prices, it will be advantageous if ruthenium, together with other components, can help, in certain applications, to minimise the use of rhodium and iridium. That’s an ongoing development, I would say.

Mining Weekly: Is this likely in the short term, or is there still a long way to go?

Walter: Personally, I believe there’s still some way to go.

Meanwhile, Mining Weekly can report that platinum and ruthenium are used in fuel cells for the same fundamental reasons as they are in the automotive and chemical industries – they are excellent catalysts that make chemical reactions take place at higher speed, at lower temperature and at higher rates of conversion than would otherwise be the case – and, as Heraeus Precious Metals states on its website, they are robust under a fuel cell’s harsh operating conditions.

Platinum and ruthenium are both part of the family of PGMs hosted and mined overwhelmingly in South Africa, and the metals are justifiably receiving increasing global attention as a result of the positive role that they can play in the fast-moving hydrogen economy, as well as in fighting climate change – the world's most pressing current problem.