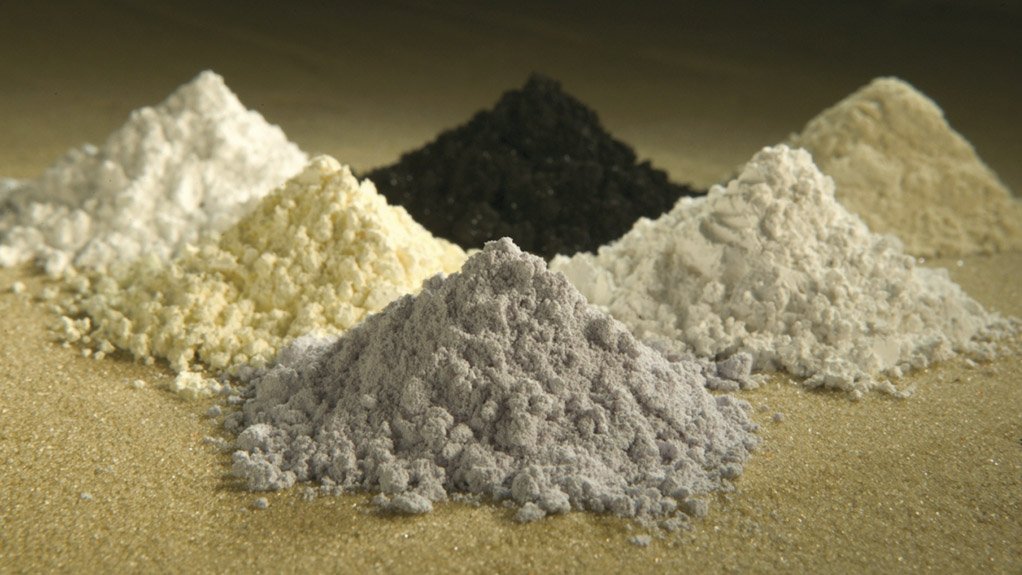 VANCOUVER (miningweekly.com) – Recent US Congressional actions point to a strong desire to establish domestic rare earth element (REE) supply chains, as the industry seeks to diversify away from dominant producer and consumer – China.

Congress continues to work on the development of REE separation technologies, as evidenced by pending legislation such as the Rare Earth Element Advanced Coal Technologies Act, which was introduced by Senator Joe Manchin, of West Virginia, that was earlier this month introduced to the Senate Committee on Energy and Natural Resources.

Halifax, Nova Scotia-based Ucore Rare Metals pointed out in a statement that these actions are critical to "establishing technology metals independence for the US and its allies".

The Senate Energy and Natural Resources Committee reported back favourably on the Bill earlier this month, and it is now awaiting consideration on the Senate floor. The Bill seeks to secure $160-million in funding over the next eight years to support technologies that separate REE from coal and coal ash. This forms part of a larger drive to eliminate the US's dependence on foreign sources for these strategic metals, essential to clean energy, electric and noncarbon emitting vehicles, military, health and high-technology applications.

"The fact that Bills like this are being introduced and gaining traction in Congress is a strong signal that government is serious about a domestic REE supply chain," Ucore president and CEO Jim McKenzie stated.

He noted that between legislative provisions in the National Defence Authorisation Act and executive actions such as President Donald Trump's December executive order that instructed his deputies to develop a strategy to end the US's reliance on imports for minerals that are "vital to the nation's security and economic prosperity", he sees an emerging policy trend that prioritises an American rare earth feedstock and beneficiation industry.

The order acknowledged that continued reliance on foreign nations – such as China – for a critical supply of minerals is dangerous and jeopardises the US's technological superiority and military readiness.

The US Department of Energy has also identified neodymium, europium, terbium, dysprosium and yttrium as REEs for both the short and long term. These rare elements include praseodymium because of its ability to be substituted for neodymium in high-intensity permanent magnets.

"What's more, the government's focus on separation technologies is particularly encouraging because this has been a long-standing technology gap in the US industrial base and one that Ucore, in conjunction with its partner, IBC Advanced Technologies, is ideally positioned to fill," McKenzie said.

IBC and Ucore are targeting key opportunities under their strategic alliance and are actively engaged in accessing opportunities to apply its proprietary MRT technology to the selective separation of REE from coal and coal ash in the Appalachian coal region, including pending joint venture partner Kentucky River's properties.

REE SEPARATION TECH
In 2015, Ucore showed off the first high-purity dysprosium concentrate ever produced in the US, with US-sourced feedstock from its flagship Bokan Dotson-Ridge project, in south-east Alaska.

Ucore has developed a joint venture with IBC to deploy its MRT for REE and multi-metallic tailings processing applications in North America and associated world markets. To date, there are more than 40 'SuperLig' MRT installations active worldwide in the rare earths, platinum-group metals and copper industries.

The MRT technology is able to separate the entire lanthanide suite, from lanthanum to lutetium, including valuable elements such as yttrium and scandium.

The company had recently set a 2020 production start date for the US Strategic Metals Complex (SMC), an REE separation plant to be located in Ketchikan. The SMC will target the separation of rare earth containing concentrates to coincide with the increasing demand for electric vehicles and the need to provide a domestic supply of individual REE oxides for US commercial and military technologies.

The Ketchikan SMC will also potentially serve as the separation plant for REEs mined from the Bokan project into individual saleable rare earth oxides. Ucore envisions one or two additional SMCs strategically located within the US to provide domestic supply.

Ucore is currently entering its second phase of Alaska SMC due diligence, including site selection, design engineering, construction costing, finalising input feedstocks from the shortlist of competing alternatives and operational costing. The SMC will have initial throughput of 1 000 t/y between 2020 to 2021, ramping up to more than 5 000 t/y by 2024.

Over this period, Ucore will transform into an REE producer, in conjunction with the engineering efforts of IBC and other specialty firms.