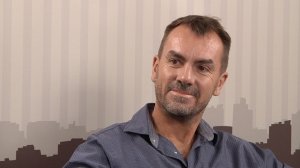 Speaking to Mining Weekly Online on Thursday, he highlighted that these deposits were unique because of their location close to the confluence of three of South Africa’s major diamond-bearing rivers - the Riet, Orange and Vaal rivers.

“They produce some of the world’s most spectacular diamonds and can be very profitable to mine with the right geological knowledge, mining, processing and recovery techniques,” De Meillon said.

He explained that each river had a unique population of diamonds, pointing out for example that the diamonds from Orange river before the confluence at Douglas, were derived from the kimberlites in Lesotho with a high value per carat.

“The average value of diamonds for this stretch of the Orange river varies between $2 000/ct and $5 000/ct with a high proportion of exceptional Type-II D-flawless white stones. We also find very rare coloured diamonds including pink, blue and yellow stones. I don’t think that there is any other diamond deposit in the world that matches this quality, colour range and value,” De Meillon pointed out.

Deposits between Hopetown and Douglas are characterised by ultralow grades ranging between 0.07 carats per hundred tonnes (cpht) and 0.2 cpht, De Meillon noted, explaining that the area between Douglas and Prieska typically contained higher grades of between 0.35 cpht and 1.5 cpht, with a mixed diamond population that could deliver diamonds of up to 300 ct. This diamond population is transported from multiple sources including Finsch, Kimberley, Koffiefontein and Lesotho kimberlites. The average value for these stones is about $2 000/ct to $2 500/ct.

The Riet river deposits in the vicinity of Schutse Kama, also yielded exceptional gemstone diamonds with a population of predominantly white stones, he said, with  prices averaging about $2 500/ct and grades range between 0.15 cpht and 0.35 cpht.

De Meillon has been researching the deposits and collecting data, along with diamond consultant Dr John Bristow, since 1997, and has built up a wealth of geological and other knowledge about these low-grade deposits that has allowed their successful exploitation, particularly over the last five years.

“The research focused on how to optimally mine these low-grade deposits. Some areas have grades of 0.1 cpht, which is virtually nothing in terms of diamond tenor. We have developed geological techniques that help us identify, rank and selectively mine large portions of the deposits by identifying where diamonds are the most concentrated,” he noted.

Bristow pointed out that exploitation of the MOR deposits required excellent knowledge of the regional, local, macro and micro geology and metallurgy.

“Successful exploitation is correlated with carefully managed selective mining rather than expansive high-volume scenarios. In the future, lower-cost mining methods, improved screening and classifying, and the replacement of rotary pans and dense media separation modules with high-volume mineral sorters and X-ray machines, will dictate successful exploitation of the exceptional gem diamond populations from these gravel deposits,” noted De Meillon.

He said as much as the low-grade nature of these deposits presented challenges to mining, an increasing burden of legislation was negatively impacting the profitability and successful exploitation of the alluvial diamond mining business, to the point that there had been a sharp contraction in recent years with a concomitant loss of jobs.

“Complying with all the mining legislation is becoming increasingly difficult. We are junior miners and small private operators, and in many cases private family owners and operators. We don’t have shareholders that can put money into the business if we get into trouble,” De Meillon explained.

He added that getting the correctly skilled people to work at these deposits was also a challenge, because the sites were in remote areas, surrounded by small towns with few skills.

“The only other jobs in the area are in farming, so we play a crucial role in also creating much needed jobs in an area of severe economic hardship.”

“Alluvial diamond mining is already an inherently high risk mining venture. To grow,  what is urgently required is a more flexible approach to this sector that comprises private operators and junior miners, which will allow the operators to focus on their core skills and business in a responsible manner mindful of health and safety, skills transfer and job creation. Layering on requirements which should be the domain of the province and central government should not fall to these junior miners.”