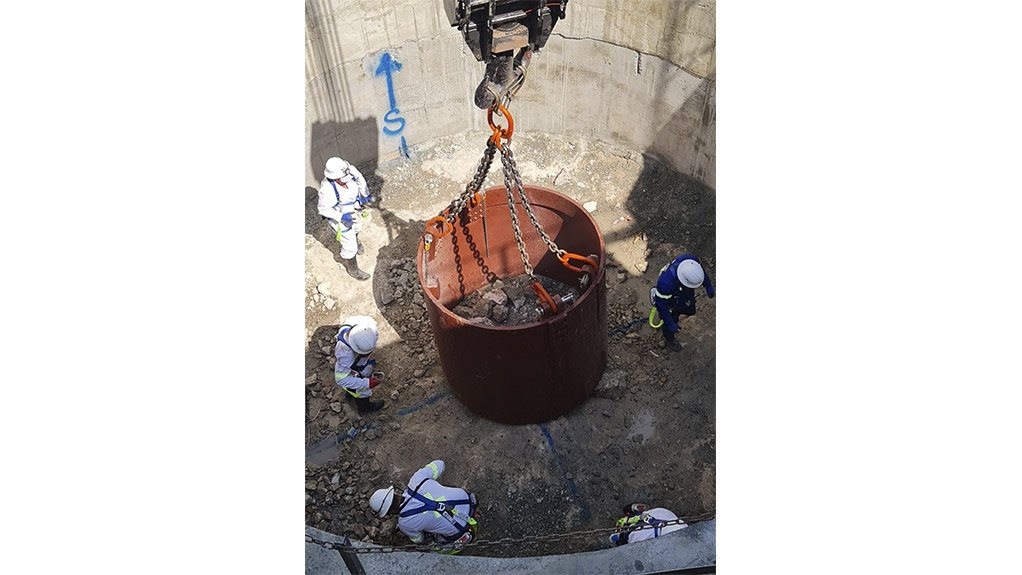 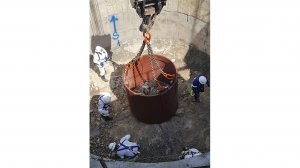 With a team comprising some of the most experienced professionals in shaft sinking, United Mining Services (UMS) is gearing up for the pre-sinking of two shafts for the Karowe Underground Mine Expansion Project (UGP) in Botswana.

Following the completion of the feasibility study for the Karowe UGP, UMS was appointed by Lucara Botswana Pty Ltd and JDS Energy & Mining Inc. in October 2019 to engineer and design the shaft sinking of the production shaft (8.5 metres in diameter), and the ventilation shaft (6 metre diameter), both reaching a depth of approximately 750 metres below surface.

Lucara Diamond Corp.’s 100% owned Karowe mine is one of the world’s leading producers of large, high quality, Type IIA diamonds. Fully commissioned in 2012, Karowe (which means ‘precious stone’ in the local language) is an open pit mine with operations until 2026. The UGP will extend Karowe's mine life to at least 2040. At the end of 2020, Karowe’s total Probable Mineral Reserve is estimated at 53.9 mt containing 7.4 million carats including stockpiles.

According to Lucara, the Karowe mine remains one of the best producing mines of high quality +10.8 carat diamonds, having yielded five of the 10 largest diamonds in recorded history and is the only mine to have recovered three diamonds greater than 1 000 carats. As recently as July 2021, Lucara announced the recovery a 62.7-carat fancy pink diamond from Karowe – the largest fancy pink gem to be recovered in Botswana, and one of the world's largest rough pink diamonds on record.

Dr Pieter Louw, Group Executive Project Services at UMS and UMS’s project manager, says the company’s wealth of knowledge and expertise in shaft sinking played a key role in securing the contract, and that the company is bringing in the heavyweights in the industry for the project. Louw himself has a long history in underground mining and shaft sinking, having worked for major players in the mining and engineering sectors. He was involved in the De Beers Venetia Underground Project feasibility study as well as a number of other feasibility projects for mines that are now in development or have already started production.

Louw explains that the two shafts at Karowe will be blind sunk using conventional drill and blast techniques. The production and ventilation shafts will both have equipment installed to pre-sink to a shaft depth of 100 metres if required to accommodate the main sink shaft equipment. The pre-sink phase also allows the sinking process to commence as soon as possible while the main sink infrastructure is being fabricated and installed.

The new underground mine’s production shaft will have an A-frame type headgear, which will hoist 21-tonne payload skips, and will have a single drum auxiliary winder for people movement, and a man/material winder with counterweight and a big cage to service the underground.

UMS has refurbished four winders which will be going to the mine for shaft sinking, including two stage winders and two Kibble winders. The company also purchased and refurbished Scotch derrick winder cranes which will be used for the pre-sink.

Louw says that UMS is in the process of mobilising up to 170 people to site for the pre-sink, which is expected to commence at the end of August and will take between 8 and 12 months to achieve changeover ready for the start of the main sink. The main sink will take another two years after that, ready for mine development to commence in 2024, and full underground operations in 2026.

To make sinking safer, Louw says that UMS has adopted different sinking methodologies and equipment to be used at Karowe. “In the past, we used to sink with cactus grabs which needed people in the bottom. We are now using vertical shaft muckers and are buying state-of-the-art jumbo drill rigs to drill at the bottom. We’re doing inline work as opposed to concurrent work with people working at the bottom.”

He adds that as part of its safety management plan, UMS has established a training centre on site at Karowe that facilitates inductions and training of local operators on the various equipment. The company is constructing a mock-up training tower on the surface to train operators on vertical shaft muckers and will have a similar training simulator for excavator operators.

With prospects of more open-cast mines transitioning to underground in Botswana, the local community stands to benefit from obtaining specialised skills related to shaft sinking.

Louw says that UMS is fully established in Botswana and has partnered with Botswana Investment and Trade Centre to ensure that the project work permits run smoothly. Furthermore, the UMS design engineers are registered with the Botswana certification boards and can sign off all engineering designs and drawings for the project.