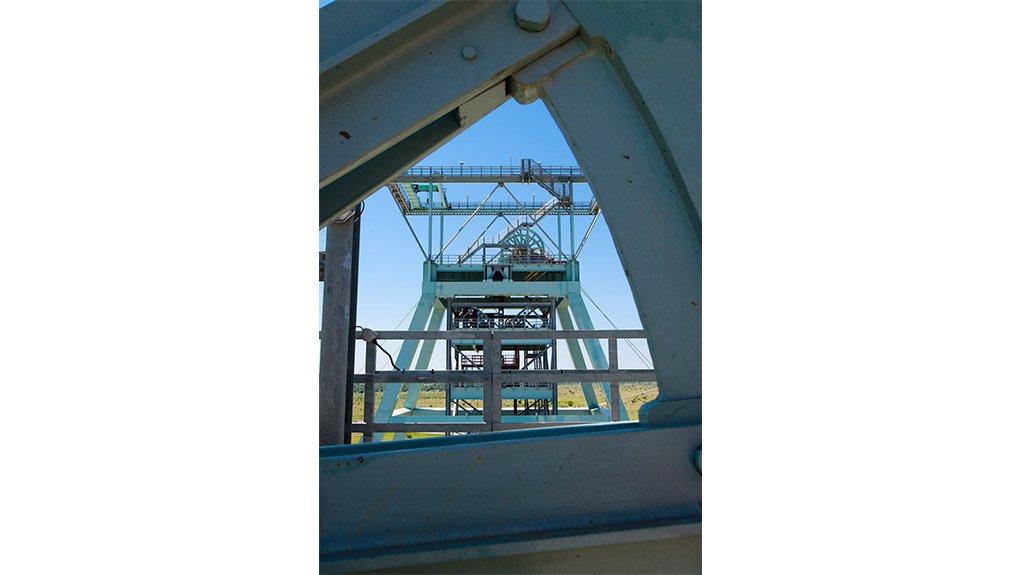 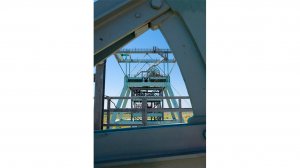 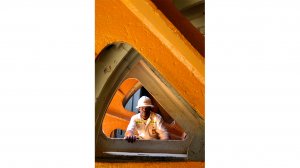 Shaft Sinkers COO Murray Macnab explains that the new methodology involves removing mineworkers from the most hazardous parts of the shaft sinking process, which is in the confined space at the bottom of the shaft, and replacing them with machines and remote-controlled equipment.

The only way of not having any labour involved at the shaft bottom will be through mechanisation, he states.

UMS Group has specified and procured a remote-controlled drill rig that performs all the functions, with no workers required to operate at the bottom of shafts in a confined space that is hot, dusty and noisy – all dangerous and unhealthy conditions for workers, says Macnab.

“With the new methodology, the kibbles remain permanently attached to the ropes which we load with two mucking mechanisms instead of one so that we can get the cycle time correct.”

Macnab adds that Shaft Sinkers is moving away from cactus grabs, owing to the safety and maintenance issues around using such equipment during shaft sinking operations.

Although this alternative method has implications for labour, Macnab explains that “trying to create employment in the shaft sinking industry is not the goal – the bigger goal is to create employment through building mines, which will then create other downstream beneficiation opportunities which would employ many people”.

He says there are four key advantages of moving away from manual labour and towards mechanisation, the first of which is safety, as workers are removed from the bottom of the shafts where the men and machinery interface is a concern, and this also reduces labour costs.

Secondly, labour costs usually amount to between 50% and 70% of the total cost of a project; mechanisation, however, will reduce this to about 30% to 40%, he adds.

Another advantage is the predictability and reliability of machines, as the penetration rate is not influenced by human factors. Using machines “removes human limitations, which means better consistency”, says Macnab.

Mechanisation also leads to improved productivity for companies. At the extreme end of mechanisation are shaft boring machines.

However, despite the many advantages of extreme mechanisation, manual labour and traditional drill and blast methods will never be replaced completely, especially for mines that have shallow shafts of less than 1 000 m, where it would not be economical to use shaft boring machines, he states.

The UMS Group was founded in 2015 to take advantage of the commodities downturn and build a group of engineering and contracting companies servicing the global mining industry. The group, while headquartered in the UK, works on projects worldwide, and its core technical staff reside in South Africa.

The group has invested considerably in the Shaft Sinkers and METS brands. The group has been further strengthened by the recent appointments of Digby Glover as CEO and Macnab. Both have considerable mining experience and are well respected in the industry. In addition, the group is investing significantly in employing top industry technical experts.

Shaft Sinkers deals with capital infrastructure and contract mining, of which the latter includes services such as shaft sinking, mine development, surface and underground construction, and contract mining. METS deals with mine and engineering design and consulting, which include services, such as shaft design, feasibility studies and mine design, as well as surface modelling.

METS has all the specialised technical skills that shaft sinking demands available, meaning it can subconsult to owners teams and design and engineering companies who find it uneconomical and unsustainable to keep them in-house owing to the sporadic nature of shaft projects. These skills also have access to hundreds of shafts that METS has designed in its 60 years in business.

Business services group executive Guenther Hellhoff explains that, between the Shaft Sinkers and METS brands, the company has built a library of knowledge that spans 60 years of project experience, putting it in a unique position to provide clients with intelligent solutions.

Having both companies in-house is beneficial, as “collaborations are seamless between both sides of the business”.

Engineering services group executive James Keir further elaborates on a key strength which the contracting and design divisions can draw on, namely understanding each other’s needs from an operational and safety aspect. Shaft Sinkers understands what works best in terms of shaft installation and this knowledge is kept in mind when designing a shaft.

This contrasts with other companies, where the contracting and design houses are not part of the same company.

“By doing everything in-house, you are actually removing risks for clients in terms of time and costs. “You also know where your limits are because you have done the installations before,” concludes Keir.