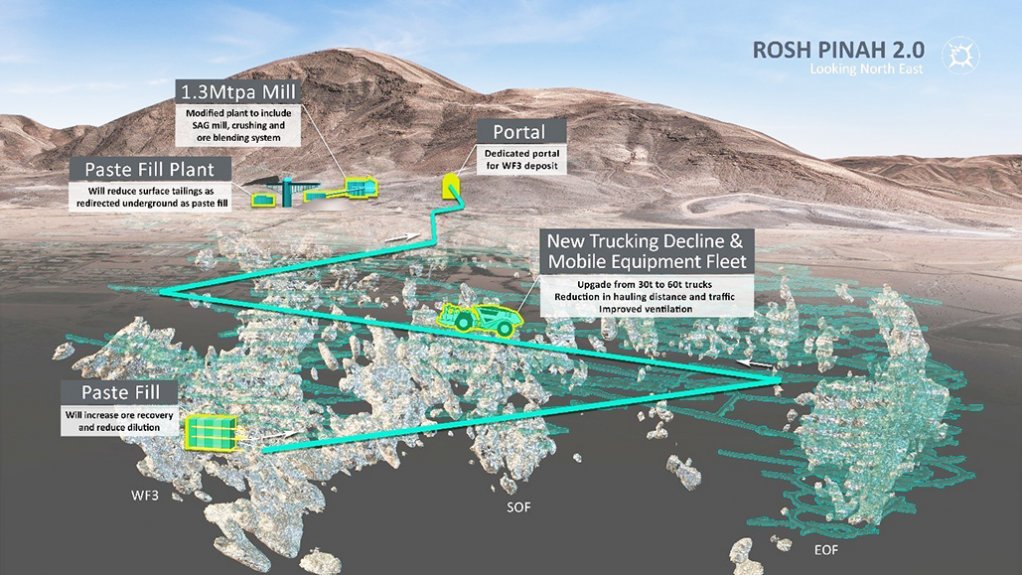 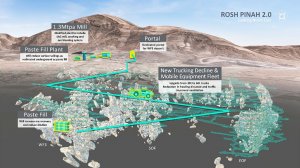 The Rosh Pinah underground zinc/lead mine – which is 90%-owned by Trevali and 10%-owned by Namibian broad-based empowerment groupings and an employee empowerment participation scheme – has been in continuous operation since 1969.

Positive results from an independent RP2.0 feasibility study were released in August 2021. The study considered the scenario of expanding the current throughput from 700 000 t/y to 1.3-million tonnes a year through the modification of the processing plant, the construction of a paste fill plant and the development of a dedicated portal and ramp to the WF3 deposit.

In a statement issued on January 20, Trevali said it was advancing certain aspects of RP2.0 to maintain the project schedule and mitigate the risks associated with the project as outlined in the feasibility study.

The early works programme, which has a capital budget of $20-million, is expected to be financed from internal cash flows.

The scope of the early works programme includes the procurement of mobile equipment, a power supply system upgrade, the procurement of long lead items for the paste backfill, portal construction and decline development and detailed engineering for the process plant.

“We are excited to kick off the early works programme,” Trevali president and CEO Ricus Grimbeek said.

Trevali said it was concurrently working toward securing project financing for the RP2.0 expansion project and refinancing both the existing corporate revolving credit facility and the existing facility with mining major Glencore, maturing in September.

"I am pleased with the progress made toward securing financing for the RP2.0 project and a new corporate facility. The level of interest we have seen . . . affirms our belief in the high-quality nature of the project,” Grimbeek commented.

Trevali appointed financial services provider Endeavour Financial in September 2021 to advise the company on the formation of a lending syndicate, coordinate lender due diligence and negotiate financing documentation, with the objective of providing a competitive non-equity financing solution for RP2.0 and refinancing the existing corporate revolving credit facility.

Trevali said it was considering several opportunities for the financing package, including project finance debt, subordinated debt and a silver stream on Rosh Pinah's silver production.

Trevali said it had also received nonbinding expressions of interest from several capital providers about participating in the financing process, including commercial banks, streaming and royalty companies, and mining-focused alternative lenders, as well as from Rosh Pinah's concentrate offtaker Glencore.

Glencore had indicated its support for the project by proposing an aggregate $33-million financing package, which Trevali said may include an extension to the existing Glencore facility of $13-million.