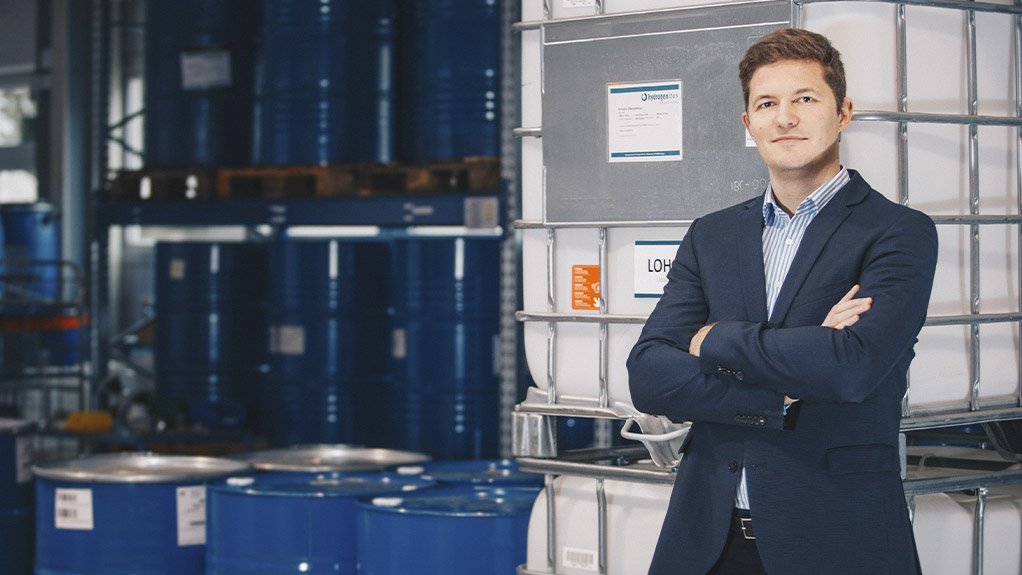 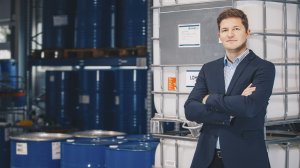 JOHANNESBURG (miningweekly.com) – Clean hydrogen, which South Africa is ideally placed to produce because of its superior sunshine, prime wind, available land and platinum abundance, is earmarked to one day replace oil in a world anxious to mitigate climate change, the planet’s most pressing current problem.

New liquid organic hydrogen carrier (LOHC) technology has made it possible for hydrogen to be handled in the same way as oil is, using conventional oil tankers, rail takers and road tankers for transport and underground tanks for storage.

“In my eyes, hydrogen’s most important contribution to a future energy system will be that it makes renewable energy transportable and tradable on a global scale,” said Hydrogenious LOHC Technologies founder and CEO Dr Daniel Teichmann in response to questions put to him for Mining Weekly Online’s upcoming fuel cells feature.

The storage density of hydrogen in the LOHC is up to five times higher than conventional high-pressure storage. A cubic metre of LOHC can carry about 57 kg of hydrogen. Thus, transport capacities on trucks, trains or ships are increased, significantly reducing total cost for hydrogen supply to the customer, Teichmann outlined.

Hydrogen is experiencing an unprecedented upswing. Very strong global enterprises are supportive of it. Major countries are expanding their hydrogen subsidies and production.

"But there is still a lot of work to be done. We need the political will to make the hydrogen economy a success story.

"We need government funding for research and development and for industrial-scale projects that demonstrate the technical as well as commercial feasibility of hydrogen use.

"In addition, the industry worldwide has to contribute its fair share and make an even stronger commitment to hydrogen," Teichmann stated in a written response.

Platinum group metals (PGMs) can be used across the spectrum.

‘Green’ hydrogen is produced by splitting water into hydrogen and oxygen in electrolysers that use PGM catalysts; LOHC requires PGMs for its hydrogenation and dehydrogenation processes; and fuel cells require PGMs to generate electricity.

So far, non-precious-metal catalysts have proved less efficient, with the prospect of PGM thrifting likely to nudge PGMs ahead progressively.

Presenting unique PGM beneficiation opportunities is South Africa's prominent global position as a location particularly well suited to the generation of the cheapest renewable energy for the production of hydrogen, a chemical energy carrier with a very high energy storage density.

The fuel cell deployment projected by the Hydrogen Council, a global CEO-level energy initiative with members including Toyota, Daimler, Linde and Anglo American, shows hydrogen providing power generation, transportation and heat across a broad spectrum of business that extends to heavy industry.

Growing private sector support is reflected in the membership of the two-year-old Hydrogen Council rocketing from 13 in 2017 to more than 60 companies now.

The South African government's grasp of the hydrogen nettle is evidenced by valuable research and development strides that have been taken by Hydrogen South Africa (HySA), a creation of the Department of Science and Innovation.

For some time, HySA has been developing local skills for the hydrogen economy, while the Department of Trade, Industry and Competition has been creating special economic zones where local manufacture is being incentivised. The State-owned Industrial Development Corporation has also been playing a supporting role and the Public Investment Corporation has matched the R1.3-billion investment of Anglo American Platinum in AP Ventures, a venture capital fund that invests in the hydrogen value chain, fuel cell electric mobility and energy storage markets.

The ideal is hydrogen with zero greenhouse impediments, which is why electrolyser processing, powered by solar or wind energy and catalysed by platinum, is putting its hand up as the only carbonless, ‘green’ hydrogen producer.