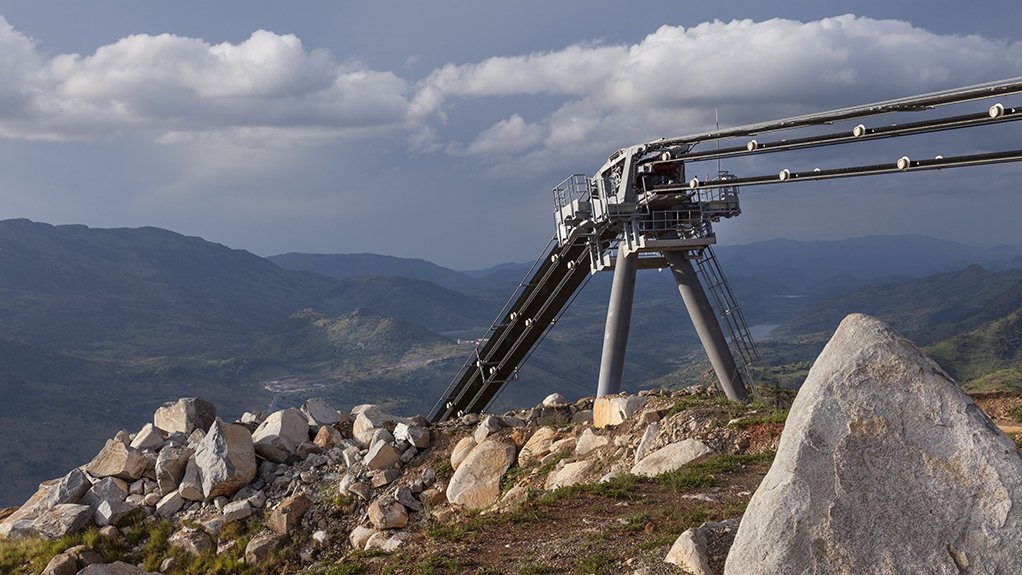 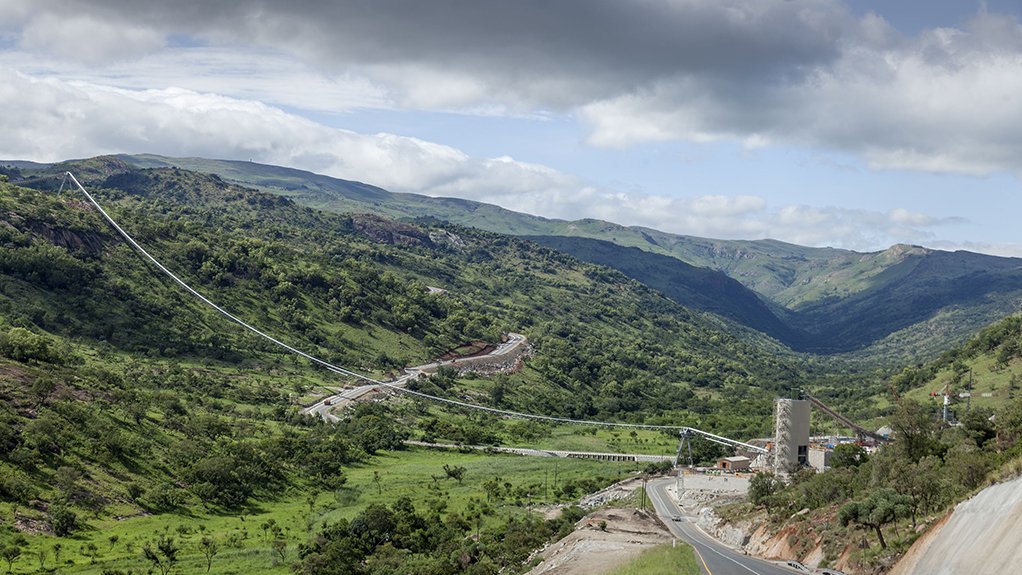 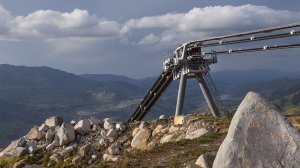 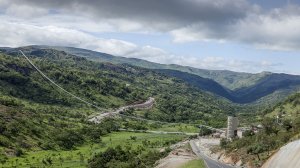 IN TOTAL ORE For the expansion of the Booysendal mine, Booysendal Platinum opted for a RopeCon system to tackle the challenge of transporting 909 t/h of platinum ore
TRICKY TERRAIN The terrain between the new mining areas to the north of the Booysendal concession and the existing processing plant is challenging in terms of topography

As part of an expansion programme at local platinum miner Booysendal Platinum’s Booysendal concession platinum project, multinational ropeway manufacturer Doppelmayr Transport Technology has been awarded a contract for the construction of a second RopeCon system.

Once finished, this second RopeCon will connect with the first RopeCon system and enable transport from a mining area north of the concession.

The RopeCon system, which transports platinum ore from Booysendal South to the existing processing plant, has recently gone into operation. The system transports at least 909 t/h of material over a distance of about 4.8 km through hilly terrain.

Booysendal Platinum, a subsidiary of local mining company Northam Platinum, is relying on technology by Doppelmayr Transport Technology for the mine’s expansion project at the Booysendal concession.

The terrain between the new mining areas to the north of the Booysendal concession and the existing processing plant is challenging in terms of topography. In a straight line, a distance of about 4.8 km and a difference in elevation of 530 m must be covered.

For the expansion of the Booysendal mine, a “cost-effective, reliable and safe means of transport” was required, and Booysendal Platinum opted for a RopeCon system, because it offers the advantages of a ropeway and combines them with the properties of a conventional belt conveyor. “It essentially consists of a flat belt with corrugated side walls,” Doppelmayr Transport Technology comments.

Just as on conventional belt conveyors, the belt performs the haulage function. It is driven and deflected by a drum in the head or tail station and fixed to axles arranged at regular intervals. The axles are fitted with plastic running wheels which run on fixed anchored track ropes and guide the belt. The track ropes are elevated off the ground on tower structures.

The material mined at Booysendal South is loaded onto the RopeCon belt through a silo and two chutes. In the vicinity of the processing plant, the RopeCon system is linked to the existing conveying equipment. A switch chute allows for the material to be transferred directly onto a feeder conveyor to take it to the processing plant, or to be discharged onto a stockpile through a second, smaller RopeCon, which acts as a temporary buffer.

Booysendal was also particularly careful to choose a transport system that would minimise the environmental footprint of the mine, according to Doppelmayr.

Owing to the fact that the RopeCon is guided over towers, the only space required on the ground is for these structures, which, in the case of Booysendal, amount to no more than 12. At the same time, the system does not represent an insurmountable obstacle for wildlife or humans.

The track crosses several roads, and wildlife can roam freely underneath the RopeCon.

Construction of the initial RopeCon started in January 2018. 11 months later, and perfectly on schedule, commissioning began. Since December 20, 2018, the installation has been transporting about 20 000 t/d of platinum ore, over a distance of 4.8 km between the mining area and the existing plant.

Doppelmayr Transport Technology GmbH is a 100% subsidiary of the international Doppelmayr Group with headquarters in Wolfurt, Austria.

Within the group, Doppelmayr Transport Technology is the point of contact for the transport of goods and materials. It is the technology leader and “pioneer” in ropeway engineering and is also present in other lines of business.