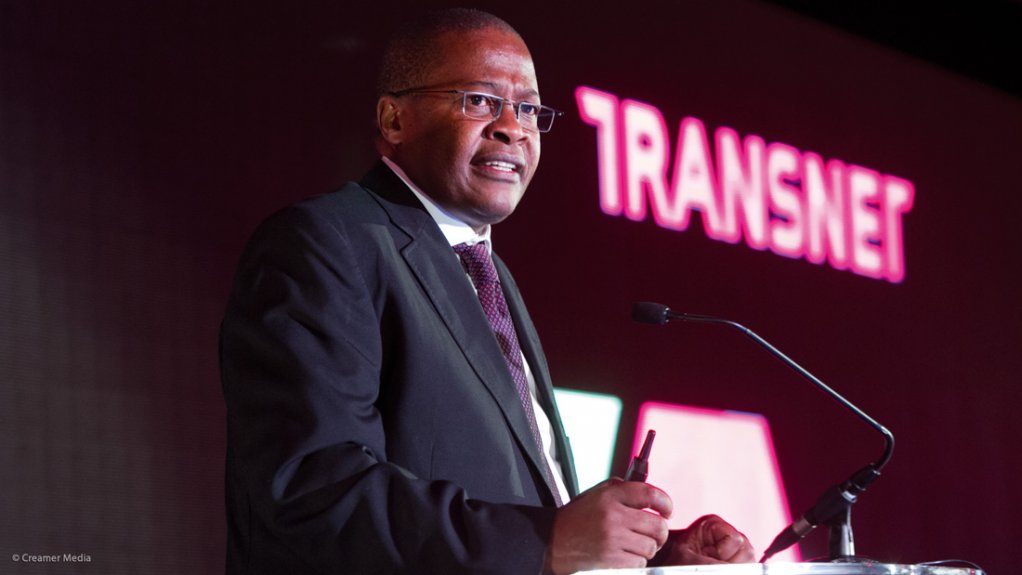 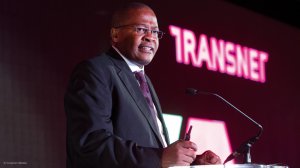 State-owned freight-logistics group Transnet has become the first South African company to list a rand-denominated bond on the international capital markets, the proceeds from which will be used to help fund its R307.5-billion investment into ports, railways and pipelines.

The group announced on Thursday that it had successfully registered a R5-billion bond with the London Stock Exchange at a yield of 9.5% – the first ever African local-currency issuance on global markets, which Transnet described as a “landmark”.

CEO Brian Molefe told Engineering News Online that the issuance, which was facilitated by Deutsche Bank, effectively “blazed a trail” for other South African corporates, which now had a benchmark against which to make a funding assessment.

He also defended the pricing, saying that the all-in costs were 230 basis points lower than would have been the case had Transnet opted for a dollar-denominated alternative. Those costs would have included currency swops to avoid Transnet taking on currency risk.

Comparisons with lower domestic interest rates were also dismissed, with Molefe stressing the need for Transnet to have a diversity of funding sources. He stressed, too, that the bulk of the group’s fundraising in 2013 had been conducted domestically.

Absa Capital economist Peter Worthington agreed that the move spoke to the company’s need and desire to diversify its investor base in the face of a high funding requirement. "Domestic investors are likely already highly exposed to Transnet, which limits the extent to which Transnet can fund further in the local bond market."

Worthington added that other State-owned enterprises could follow suit as local investor appetite for their paper wanes into rising exposure. A rand-denominated global bond issuance could be a way of accessing a new investor base, which is willing to buy offshore listed instruments and not those issued domestically.

“It really gives one goose bumps to know that this is the first time that a local African currency has issued a bond outside of Africa,” Molefe enthused, adding that it was a vote of confidence in South Africa and indicated that, despite the country’s current problems, investors saw “a silver lining”.

The bond matures in 2021 and is the third issuance under Transnet’s Global Medium Term Note Programme, which is supported by Transnet’s balance sheet and has attracted no government guarantees.

“We have blazed the trail. And, if any other corporate wants to do a global ‘ZAR’ there is now at least a price reference point, which is the seven-and-a-half-year ‘Transnet Global ZAR’,” Molefe added.

Last year the group raised R14.6-billion, increasing its total borrowing to R73.1-billion and gearing to 44%. With the rand-denominated bond the group finalised the R15.6-billion it planned to raise during its 2013/14 financial year. However, Molefe did not discount the possibility of Transnet conducting further “pre-funding” activity before the year was out.

The issuance followed roadshows to the UK and North America, as well as the October 30 move by Fitch Ratings to upgrade Transnet’s credit rating to ‘BBB’ from the previous ‘BB+’. The upgrade was made despite negative outlook statements issued by a number of ratings agencies for South Africa.

Molefe said it also followed on from a strong financial performance in 2012/13 and in the first half of 2013/14. He argued that the willingness of investors to support the issuance also showed that they were growing increasingly confident in Transnet’s ability to execute its Market Demand Strategy (MDS).

Transnet is pushing ahead with the MDS despite slower-than-expected growth in the South African economy and the investment programme has been held up as central to government’s counter-cyclical economic interventions.