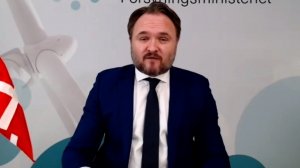 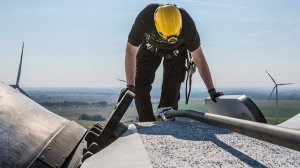 The chair of a new global commission established to offer governments guidance on making their energy transitions more “people-centred” says that the creation of green jobs and the transitioning of existing fossil-fuel labour forces into new sectors will be “key factors for a clean, just energy transition”.

Danish Energy and Climate Minister Dan Jørgensen, who chairs the International Energy Agency’s (IEA’s) new global commission on people-centred clean energy transitions that is being led by Denmark Prime Minister Mette Frederiksen, said on Tuesday that it was not enough to show that green industries were more job-intensive than the oil, gas or coal sectors.

“For the actual families and the actual persons involved, if it’s not for them specifically, then how is that just? So, that is one of the things that I think we need to address more effectively than has been the case so far,” Jørgensen said during the official launch of the commission.

He said that positive and negative examples had already begun to emerge globally and indicated that Denmark was keen to share its experiences in upscaling its offshore-wind industry at a time when it had decided to actively downscale its fossil-fuel sectors.

The Danish Parliament recently set 2050 as the final phase-out date for fossil-fuel extraction and had also cancelled all future licensing rounds. Part of that agreement included plans for a just transition for the affected regions and workers.

“Today, the coastal town of Esbjerg is on its way to become a true hub for technologies of the future, including the Danish offshore wind industry,” Jørgensen said, adding that some oil and gas workers would also be employed in carbon-capture and sequestration activities.

IEA executive director Fatih Birol said the commission would bring together government leaders, Ministers and prominent thinkers to explore how to enhance the success of clean energy transitions through a stronger focus on their socioeconomic impacts and people’s participation and inclusion in them.

Birol added that the commission’s report would not offer one-size-fits-all recommendations and would, instead, seek to offer solutions based on a country’s specific conditions, including its state of development and the nature of its energy sector.

“Many countries are now focusing on this issue and seeking opportunities to exchange ideas and advice. The high-level members of our 'Global Commission on People-Centred Clean Energy Transitions' will lead a global dialogue to share experiences and enhance best practice,” he added.

The outcomes could prove important for South Africa, which has already indicated its desire to pursue a ‘just transition’ for workers, communities and small businesses in the coal value-chain, which is set to be negatively affected by the country’s transition to renewable energy.

The report would be completed ahead of the upcoming COP26 climate negotiations, scheduled to take place in Glasgow, Scotland, in November.