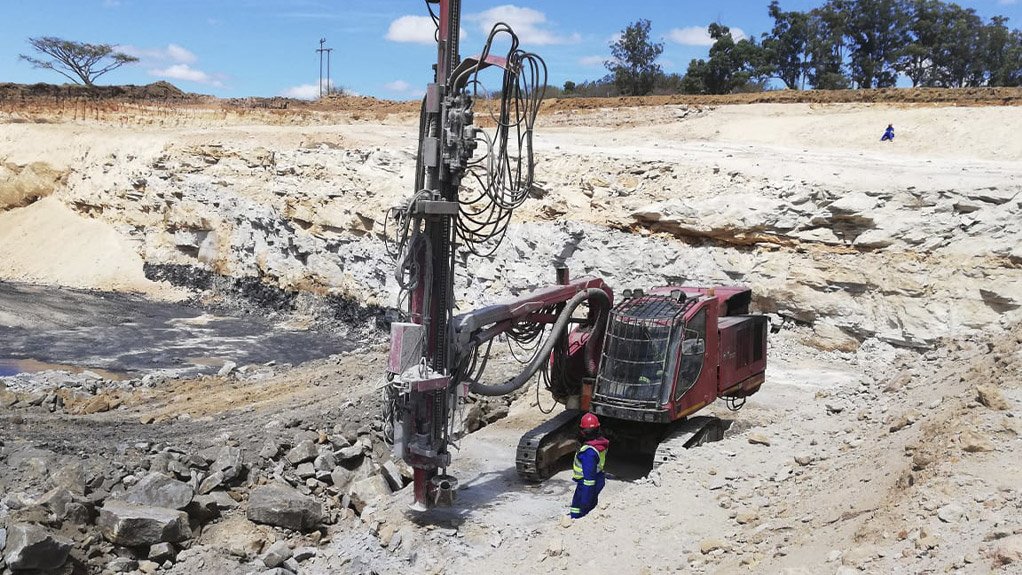 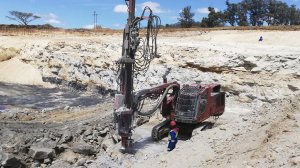 Economic transformation in the mining, drilling and blasting industry remains slow and requires greater engagement from critical roleplayers, such as government, who should encourage the industry to realise the benefits of transformation, says rock blasting and demolition company Master Blasters South Africa CEO Dean Pather.

The company was formed to drive economic transformation and address the lack of employment opportunities for historically disadvantaged South Africans (HDSAs) in the explosives sector. It is engaged in the mining and civil construction sectors.

It generally focuses on small to medium-sized mines, often partnering with an emerging black-owned explosives company as part of a joint venture (JV) to provide services for those mines, he explains.

These JVs would function for about two years, after which Master Blasters would exit the contract and the emerging company would remain to continue working for the mine, possibly for the duration of the mine’s life.

Master Blasters shares and provides the necessary resources, knowledge and experience to assist in transferring skills to the emerging explosives company while ensuring that mine production is enhanced.

While partnering with smaller to medium-sized mines has proven successful in most cases, Pather highlights the difficulty in encouraging transformation with larger, more established mines, owing to their typically having long-standing relationships with established explosives companies.

“To compare an emerging explosives company’s experience of two decades with an established player’s experience spaning three generations is unfair.”

Pather adds that a company’s longevity should not necessarily form part of the criteria used to assign contracts. It is “difficult to compete with a company that has fleets of drill rigs”, where capital outlay is prioritised for fleet modernisation, while smaller companies are still establishing a fleet.

Pather stresses that several of the discrepancies between established and emerging explosives companies are accounted for by “generational wealth”, which is exacerbated by the explosives and drilling industry being very capital-intensive.

He cites countries, such as Ghana, where mining companies assist emerging drill and blast contractors by buying assets, such as drill rigs, for them to perform drilling services. This arrangement enables the explosives contractor to pay off assets over the duration of the contract, after which the contractor officially owns the equipment.

He states that South Africa lacks similar support and funding and, as a result, service providers are forced to find investors, who may not necessarily prioritise transformation.

Pather adds that small to medium-sized mines can also pose challenges. Although they might not have entrenched service agreements, they do not have the budget to take on an emerging contractor in some cases. He comments that the companies’ inflexible margins force them to focus more on maintaining operations rather than sourcing transformation partners.

Additionally, Pather states that even government’s procurement policies have been ineffective, as government looks at the transformation scorecards of only the primary mining contractors and not the compliance of the suppliers.

While Pather believes that Mining Charter III provides useful legislation to encourage transformation, government should renew its focus on enforcement.

While the Charter provides incentives for companies to transform, some would do so reluctantly, which could result in the exploitation of workers.

“We want emerging black-owned drill and blast contractors to want to be in the industry. We need to ensure that the opportunity is there, and that the atmosphere and economic benefit enables them to perform. It has to be monitored, there have to be workshops creating awareness and explaining the benefits of this,” he advocates.

Pather adds that JVs similar to those in which Master Blasters has been and is involved, would help drive transformation.

“Then the demographics in the explosives sector will become representative. To reach the stage where a substantial number of competent HDSAs are tendering for these contracts, we have to start now. We want to change the status quo without compromising on standards, particularly in the drilling and blasting industry where there is a potential for accidents.”

He adds that, while black economic empowerment (BEE) has increased the number of black-owned companies, shares were provided for black owners who had very little knowledge and operational experience in the industry, which prevented them from engaging in voting and decision-making in companies of which they are a part.

Increasing the skills and knowledge of emerging black-owned companies would address this.

Meanwhile, Master Blasters is currently involved in JVs servicing Cinderford coal mine, in Dundee, KwaZulu-Natal; Emang Manganese mine, in Kathu, Northern Cape, and the Winterveld Chrome mine, in Monometsi, Limpopo. The other JVs span a variety of stone aggregate quarries, including a current project for the Department of Transport in Jozini, KwaZulu-Natal, and upcoming gold mining projects.