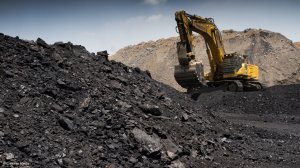 TerraCom, which in December acquired a 19.9% stake in Universal Coal, is offering shareholders 33.5c a share.

Should the bid receive 47% support from Universal’s shareholders, about a third of the offer price would be paid in cash, while the balance would be paid by issue of new TerraCom shares.

The offer price is a premium to Universal’s current share price, which traded at 25c on Monday – up 6.38% on Friday’s closing price of 24c a share.

TerraCom noted that the post-offer combined market capitalisation of the companies would be about A$294-million, which is of similar scale to ASX 300 index companies.

The offer is scheduled to formally open during this month and should close by mid-March.

TerraCom in its statement on Monday acknowledged that Universal had been subject to a number of failed takeover attempts, which had likely frustrated shareholders, and therefore committed to give Universal shareholders surety around its plan with the company.

For example, JSE-listed minerals and construction group Afrimat last year July pulled out of an acquisition deal with Universal, its offer stood at A$0.40 apiece. Afrimat said it pulled its offer owing to the size and complicated nature of the transaction.

In late 2018, a consortium of investors, headed by South Africa’s Ata Resources, also indicated that it planned to make an offer for Universal, but no transaction materialised.

“This highly strategic transaction marks a transformational step for TerraCom and Universal shareholders with the merged group providing investors with scale and exposure to a portfolio of successful operating and geographically diverse coal production assets.

“The expanded production footprint and strong cash flow generation as a combined group is expected to provide an enhanced operating base to accelerate growth in the interests of all investors,” TerraCom stated.