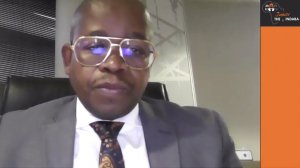 JOHANNESBURG (miningweekly.com) – A tender for a new modern cadastre system to provide exploration information will be invited by the end of next week, Department of Mineral Resources and Energy (DMRE) director-general Advocate Thabo Mokoena said on Tuesday.

In his opening keynote address on initiatives to ignite the exploration sector delivered on the first day of the Junior Indaba, Mokoena promised that the new cadastre system would provide reliable information on precise locations of exploration and mining rights, and would be transparent and accessible to the public and, more importantly, investors. (Also listen to attached Creamer Media audio clip.)

During the Parliamentary Portfolio Committee meeting in March, Mineral Resources and Energy Minister Gwede Mantashe committed the DMRE to ensure that the system would be in place within six months.

Accordingly, the DMRE was working hard, Mokoena said, towards meeting the time directive given it by the executive authority, and he disclosed that Minerals Council South Africa was also fully engaged in the process.

He described the much-criticised existing Samrad system as being no longer fit for purpose and said the process of replacing it with the modern cadastre system had been concluded.

Mokoena said that the DMRE was participating in the Shanghai Platinum Week, a platinum group metals (PGMs) market summit, which Mining Weekly can report is currently taking place in China until Friday, June 4.

“Very importantly, the Shanghai Platinum Week provides us with a platform to engage the second biggest economy and the biggest by population size, on our natural resources, particularly the platinum group metals,” he said.

During the summit, the opportunity to beneficiate South Africa’s PGMs would be highlighted at a time when platinum usage was expanding beyond automotive catalytic converters and jewellery.

He said the dawn of the Fourth Industrial Revolution had increased the demand for PGMs for use in batteries for battery electric vehicles, mobile phones and related technologies.

“The hydrogen economy is upon us and, as a department, we are taking the lead to exploit its advantages,” Mokoena said.

PGMs have been listed as critical minerals by America, Europe and Japan, according to American think tank CSIC, and it is estimated that China is consuming 30% of the global supply. China’s PGMs usage has been extended to industries involved in decarbonisation and new energy vehicles need platinum, iridium and ruthenium as critical catalysts for green hydrogen production and fuel cell vehicles.

Mokoena committed the DMRE to continuing to promote investment through a conducive policy and regulatory framework, including efforts to reduce current timeframes for mining, prospecting, water and environmental licences.

He reiterated that the goal of the DMRE was to increase South Africa’s share of the global exploration expenditure to at least 3% within the next five years.

“We welcome and appreciate the work done by all stakeholders in the development of a new effective exploration strategy,” he said.