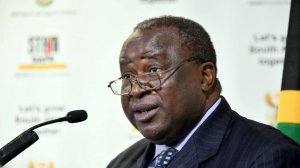 The package includes R36.2-billion of fresh spending and tax relief and a further R2.7-billion to be be sourced from the reprioritisation of budgets at the Department of Trade, Industry and Competition (DTIC) and the Department of Small Business Development (DSBD).

The supplementary budget, which still requires Parliamentary approval, follows President Cyril Ramaphosa’s July 25 announcement that a range of measures would be introduced to support the recovery of the economy following the deadly unrest that afflicted KwaZulu-Natal and Gauteng in July and to provide social protection to the poor.

The lion’s share of the support, or R26.7-billion, will be used to fund the revival of the R350-a-month social relief of distress grant until the end of March 2022. The grant was first introduced at the height of the 2020 Covid-19 lockdowns but expired in May.

Mboweni stressed that the reintroduction was temporary, and that further debate was required as to whether South Africa should implement a basic income grant, or whether it should instead prioritise schemes that linked payments to public-works-type activities.

Under the package, State-owned insurance company Sasria would be allocated R3.9-billion by the National Treasury to cover claims that exceed that which it can accommodate from its balance sheet (R9.7-billion) and what it is able to secure from its reinsurers (R6.5-billion).

Initial estimates indicate that the damage caused by recent theft and property destruction could be as high as R50-billion, but not all businesses would be covered by Sasria, which also had a limited liability on most claims of R500-million.

To accommodate uninsured firms, the package includes about R2.3-billion in small business support, to be financed partly through a new R1-billion budgetary allocation to the DTIC, as well as spending reprioritisations within both the DTIC and the DSBD.

Government would also continue to support workers employed at companies affected by the recent reimposition of Level 4 Covid restrictions by extending the Unemployment Insurance Fund Temporary Employer/Employee Relief Scheme at a cost of R5.3-billion.

Tax measures worth about R5-billion had also been included in the package, including a four-month extension, from August, of the Employment Tax Incentive to include any employee earning below R6 500, as well as a three-month PAYE tax deferral and a three-month deferral on the payment of excise taxes by the alcohol sector.

Mboweni said no new debt would be raised to fund the new budgetary allocations and that the interventions would also not harm the fiscal framework outlined in the February Budget, which he argued remained “sacrosanct”.

Instead, the resources were being secured primarily from high tax revenues, driven mainly from a terms of trade windfall associated with the commodities produced by the domestic mining sector.

The National Treasury would publish quarterly revenue and expenditure figures this week, showing that the temporary measures could be financed largely as a result of its revenue collections being well ahead of projections.

South African Revenue Service commissioner Edward Kieswetter reported that revenue collection during the first quarter was at its highest level in three years, largely because of higher corporate income tax collections from the mining and financial sectors, as well as better-than-estimated value-added tax returns from the mining, manufacturing and financial services sectors.

The performance was further boosted by SARS’ compliance activities, which were designed to improve revenue recovery from non-compliant companies and individuals.

“This gives the Minister the confidence that the measures that will be introduced will be adequately covered by the additional revenue,” Kieswetter said.

Mboweni added that South Africa was benefitting from the “resilience of the mining sector”.

He said its contribution underlined the importance of the productive sectors to the economy, which needed to be further stimulated by the removal of “bureaucratic hurdles” in the way of further job- and growth-generating investment in these sectors.