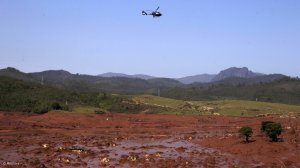 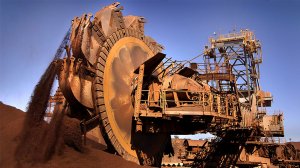 Photo by Reuters
IN THE SPOTLIGHT Devastation left in the wake of a tailings dam burst owned by Vale and BHP Billiton in Mariana, Brazil
TO MINE ORE NOT TO MINE A Rio Tinto Group bucket wheel reclaimer shovels iron ore at Karatha Port in North Western Australia

Diversified miner Rio Tinto's destruction of a 46 000-year-old sacred Aboriginal site in the Juukan Gorge in the Pilbara – which occurred last month following a misunderstanding during the extension of the Brockman 4 iron-ore mine – demonstrates the adverse environmental and cultural impact that mining can produce, mining service specialist company Ukwazi Mining tells Mining Weekly.

Minimising the impacts of mining on the environment through mine waste management, water and energy conservation, lowering carbon dioxide emissions and using renewables, as well as effective communication with affected communities will become increasingly important priorities for stakeholders.

Precious metals miner Anglo American Platinum recently announced its intentions to replace the diesel trucks in its mine fleet with hydrogen vehicles and will pilot this project at its Mogalakwena operation, in Limpopo.

Ukwazi tells Mining Weekly that if the pilot succeeds, Anglo has announced it will roll this out at all its mines, including its iron-ore operations.

As such, implementing appropriate environmental, governance and sustainability practices and standards to ensure social-licence-to-operate criteria are met and exceeded are increasingly becoming the hallmark of good corporate citizenship.

Multinationals and listed mining companies are no exception and are likely to follow this trend, they underscore.

The rate at which project hurdles are overcome is likely to become increasingly important, as different mining houses compete for different prospects, projects and capital inside the boardroom, as well as in the market beyond the boardroom, Ukwazi states.

Companies, for example, may find that the projects that go ahead are those that agree to share the cost and responsibility for building and maintaining public infrastructure in partnership with local government using local content, local skills and local communities in the areas where the mineral resources are located.