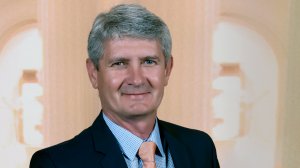 “We persevered through the decade of depressed PGM prices, lived within our means, and are now in a very good space – despite the impact of the Covid-19 outbreak on the global economy,” CEO Erich Clarke states in the profile.

During the March 2020 Covid lockdown, when miners were only permitted to operate at 50% capacity, Sedibelo reports that it used its time effectively to undertake maintenance, while continuing to pay all 1 600 employees.

This supportive approach, the profile adds, is symptomatic of Clarke’s inclusive leadership style, which, it states, has served the company well, and sustained a loyal workforce with a minimum of staff turnover and industrial action.

When the lockdown was lifted, the PGMs producer was able to ramp up production seamlessly, and managed to return to its planned productivity level, achieving a record 2020 from a financial point of view.

The company, whose openpit operations are based on the Western Limb of the Bushveld Complex, attributes its success partly to strict cost management.

“Given the high volatility in PGM prices, we apply a variable cost base instead of a fixed cost base, aiding our profitability, especially when PGM prices are very depressed. We have created flexibility, which we aim to maintain, even as we venture underground into our shallow deposit. This has helped us and represents a definite advantage,” Clarke states.

When prices were at their worst, Sedibelo had the flexibility to ‘right-size’ its operations and managed to scale back its production without sterilising any part of its orebody.

Going forward, the challenge will be to optimise Sedibelo’s revenue stream as metal prices increase, “without our costs running away with us”, states Clarke, who has a background of more than 20 years as a CFO.

With a 90-million-ounce reserve base of predominantly shallow ounces, the profile outlines how Sedibelo’s operations allow for the continued safe extraction of PGMs and associated base metals, with the company laudably achieving six-million fatality free shifts over more than a decade.

Besides its PGM operations, the company is also equipped with a standalone chromite recovery plant, which for the past two years has contributed to profitability.

Excluding 2020, the results of which are not yet public, the company has been producing about 140 000 oz/y of PGMs over the last three years and has “great abilities and plans to expand”, notes Clarke about the output of Sedibelo, which currently has an offtake agreement with Impala Platinum.

Sedibelo’s growth plan comprises expanding its contiguous asset base, which includes developing its Triple Crown underground operation, leveraging off existing infrastructure at its adjacent openpit operation, using energy efficient methods and technology. This is expected to more than triple Sedibelo’s yearly output of PGMs as its untapped resources come on stream in years to come.

The Triple Crown assets are also shallow, extending 700 m below the surface. Feasibility studies have recently been finalised and Sedibelo believes it can mine these assets at the industry’s lowest cost quartile, “contributing very positively to Sedibelo’s profitability”, states Clarke.

As Sedibelo increases capacity and in support of its growth ambitions, the company has invested in the Kell process, which Sedibelo is a part owner of in Southern Africa. Kell is a patented hydrometallurgical alternative to smelting that offers an economic, sustainable and greener means of beneficiating metals, achieving higher recovery rates of precious and base metals. Critically, Kell only uses 18% of the electricity used in conventional smelting.

Sedibelo has successfully completed an extensive Kell pilot project and, once in place, Kell will enable the company to benefit from the entire mine-to-market value chain.

In the profile, Clarke reiterates Sedibelo's firm commitment to sustainability, a principle which he declares to be "fundamental" to all decision-making. The company is said to "vigorously" monitor its pollution levels, including waste management and water use, to avoid negative environmental impact.

In line with the growing global circular economy trend, Clarke also advocates the recycling of catalytic converters to recover PGMs: “To recycle is the right thing to do, and we see that as an important part of our sustainability credentials.”

While platinum prices have yet to return to historic highs of about $2 200/oz recorded in 2008, palladium and rhodium prices have recovered, driven by a supply shortage of these key metals, which are critical to produce pollution reducing autocatalysts. However, with the increased importance of hydrogen fuel cells, platinum as well as the other PGMs are likely to benefit from a resurgence in prices, the profile states.

As the company advances its growth plan, it could potentially also seek a stock exchange listing. In addition to a Johannesburg listing, it is likely Sedibelo will dual list on one of the world’s major stock exchanges, the profile adds.