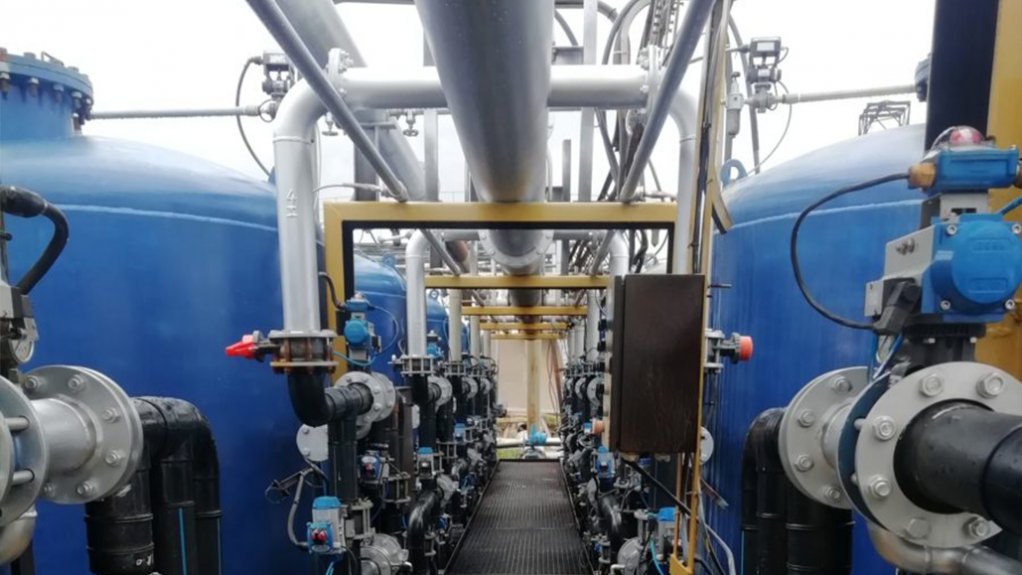 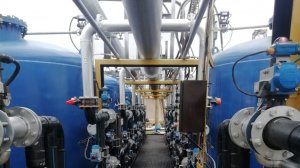 The upgrade of the existing water treatment plant entailed the optimised use of abundant and free fissure water, to minimise reliance on municipal water and limit the associated reticulated water costs.

The mining operation, located on the West Rand, in Gauteng, South Africa, is water-positive, with underground water pumped out of the mine to ensure the miners’ safety.

The underground water is entrapped within the rock strata and is referred to as fissure water, which is is not related to surface groundwater which frequently decants as acid mine drainage.

The quality of the pumped and filtered fissure water is good, compliant with the South African National Standards (SANS) 241-2015 potable water standard. The rock strata containing the fissure water is dolomitic causing the water to be saturated with calcium carbonate.

To save on costs associated with reticulated water and provide water with acceptable scale forming potential, the mine blended municipal water with filtered fissure water for many years.

Watercare Mining was contracted to identify and evaluate operational and process-related issues, as well as develop an operational mass balance.

The company also assisted with the optimisation of the process by completing resin tests, vessel evaluations and inspections.

Watercare Mining’s experience and capabilities in the fields of operating and maintaining water treatment plants in the mining environment, as well as its ion-exchange technology, led to its selection for the project.

The company also offered proven capabilities in plant design, engineering, fabrication and construction as well as expertise and knowledge of the site.

Further, Watercare Mining had operated at this plant for decades and has an in-depth understanding of the mine’s water balance and water reticulation systems.

Extensive research and technical analysis highlighted the need for several interventions resulting from ageing equipment and a deterioration of the feedwater quality.

Watercare Mining signed an “operate and maintain” agreement with the mine, phasing in the implementation of proposed interventions.

Notably, some of the actions taken included, but were not limited to, the placement of full-time operators on the plant as well as the phased-in refurbishment of the filter plant to eliminate operational risks associated with suspended solid overflow into the softener plant.

Watercare Mining ensured that the ion-exchange control system was reprogrammed.

Historically, the control programme limited the operation of the ion-exchange plant to 30% of its capacity.

It also contributed to about 40% downtime. The upgrading enabled full use of the ion-exchange plant’s capacity.

Further improvements include the centrifuge system in the salt store being decommissioned and replaced with brine recovery and the precipitation process enabling the brine to be recycled and reused for resin regeneration.

This recycling process was key to ensuring compliance with the national standards set for the waste generated.

The lime dosing system was automated, and its instrumentation was improved to fully automate operations such as the brine recovery cycle.

Finally, actuated valves on the softening plant were replaced over a period of time. This reduced downtime resulting from faulty valves.

The mine’s water plant is able to produce SANS241:2015-compliant water at 68% cheaper than the unit cost of municipal water.

The mine is assured of a consistent, reliable supply of potable water, without the challenge of managing the water plant.