Study shows that several challenges remain for women in mining 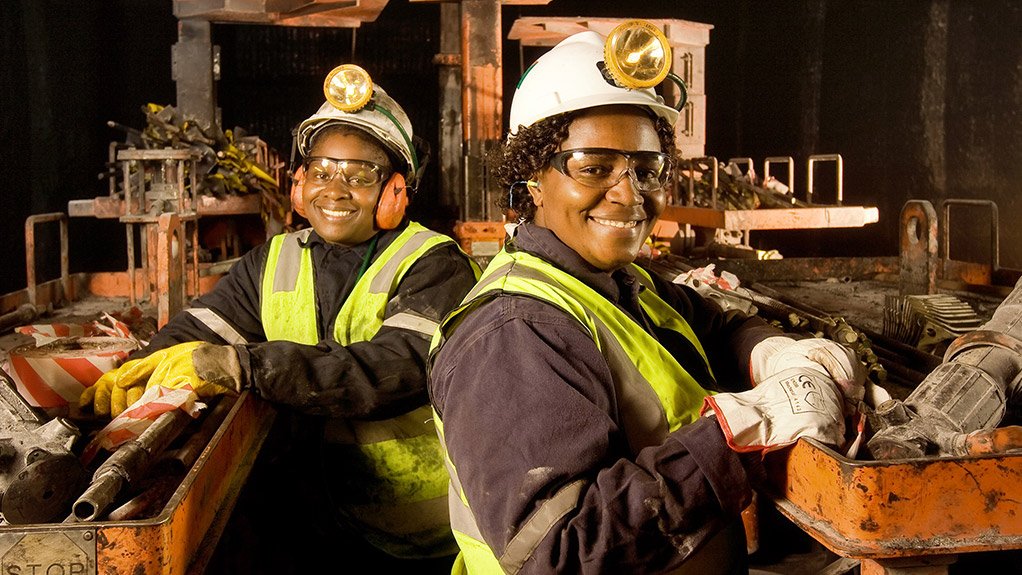 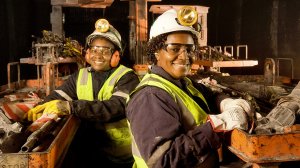 Most women in the mining industry still feel excluded from the industry and that they are not treated equally by their male colleagues, according to a study conducted by the Women in Mining South Africa (WiMSA) organisation, in conjunction with the School of Mining Engineering at the University of the Witwatersrand.

WiMSA presented the outcomes of the study at the Joburg Indaba, which took place at the Hilton Hotel, in Sandton, in October last year.

The study comprised 242 respondents, 89% of whom were professionals in the industry, while 77% occupied operational posts and 51% were between the ages of 26 and 35.

WiMSA committee member Sonya Girnat-Hallet said at the indaba that, from 2010 to 2013, the proportion of women students enrolling in mining had increased from 33% to 37%, “a result which could be attributable to the last few mining Ministers in South Africa being women,” she said.

Further, the study lists several challenges currently facing women in the industry, which include a lack of mentorship, guidance, workplace support and hygiene facilities, as well as insufficient career and development guidance.

It also highlights women’s concerns about health and safety risks associated with mining and the fact that many women in the industry feel that some opportunities are unjustifiably given to men based on their gender.

“Most women working in the mining industry feel that tertiary education does not properly prepare them for the mining environment and that emphasis should be placed on practical experience before entering the industry,” said Girnat-Hallett.

WiMSA further highlighted that women in South Africa were drawn to education and well-paid jobs, which was a major reason for the increase in women joining the mining industry, as many professions in mining require technical qualifications and these professions offer high-paying jobs.

However, skills transfer company Managing Transformation Solutions CEO and WiMSA member Sue Brandt added that one of the study respondents suggested that women visit mine sites before joining the industry “to see if it is something they are passionate about”.

The organisation also mentioned that a bias against women remained in the industry. “In one mining instance, a drilling operator was fired and told that she was too aggressive for the job,” said Brandt.

WiMSA highlighted networking and understanding company culture as some of the ways in which women could improve their working environment, whereas the companies they work for could provide a safer working environment for women. “The CEO of a company must be committed to diversity management,” said WiMSA chairperson Claire McMaster. She added that mining companies could accommodate women by establishing on-site crèches and supplying correct-fitting overalls.

Meanwhile, Brandt pointed out that the Mineral and Petroleum Resources Develop- ment Act and the Mining Charter were making provision for the mining industry to consider the improved representation of women in the mining sector.

“Although legislation has set targets for companies, such as the stipulation that 10% of the mining workforce needs to be female, this quota-driven mentality can be destructive,” she said, adding that some companies appoint women only to meet government requirements, rather than appointing them based on skill.

Brandt added that, in the South African context, legislation was assisting women and could be used to open doors, but that this should not be the only effort to include women in the mining sector.

“Women should also take responsibility to change mindsets, rather than rely on legislation,” she said.

McMaster highlighted that men and women had different strengths and qualities and, when placed together in business, a holistic industry could be created.

“Legislation used to be highly protectionist,” said Brandt, explaining that women were previously not allowed underground, as this was regarded as a measure to protect women.

She highlighted, however, that there had been a shift in mentality and that it was currently regarded as imperative that women form part of the mining workforce.

WiMSA also noted that legislation, in this instance, could be more of a hindrance than an enabler. “The use of different headgear and clothing can sometimes drive exclusivity rather than inclusivity,” said Brandt, explain- ing that legislation focuses narrowly on gender in the workplace rather than on diversity within these groupings.

WiMSA highlighted the importance of having women in powerful positions who could serve to inspire other women to not only join the mining industry but also help it grow. “Having a woman as the Mineral Resources Minister serves as a method of establishing a role model for many young South African women,” said Brandt.

On a sombre note, one of the study respondents told Joburg Indaba delegates that she had learned to let go of her career ambitions and personal goals as a result of the industry’s attitude towards women.

“There is nothing that is going to break the current mindset in the mining industry, which holds that women are meant to be secretaries and men, regardless of past performance, will remain the heroes who will take the mining industry to the next level,” the respondent said.