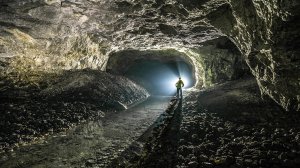 Sasol Mining sought ways of optimising its coal reserves, and their extraction, which will supply Sasol Synfuels throughout the prospected life of plant, which extends to 2050.

Mindset started the study in November last year and delivered the final findings to Sasol Mining in May.

“Mindset has come to the conclusion that, should it be implemented correctly and the resources already available to Sasol are used, longwall mining will be a viable option to continue mining coal on the two proposed mining blocks,” says Mindset MD Alan Gissing.

He says the main consideration was the length of the longwall face: “Based on its investigations, Mindset determined that two face lengths of either 220 m or 350 m could practically be deployed.”

Consideration for both faces included chain road developments, capital expenditure and the number of face moves, as well as the loss of production during those moves.

Any downtime is a critical factor for longwall mining production, as the equipment moves from one mined-out panel to the next. A face move typically takes between 30 and 45 days, during which no coal is produced.

Notably, this lag in production is unviable for Sasol Mining and, as such, Mindset considered a walk-off, walk-on option – the most viable method when considering the capital expenditure needed to establish longwall mining, as well as the operating costs associated with coal production.

The option enables staff working on the first face to immediately walk on to the second face, which has been adequately prepared for immediate production. This mitigates the standard 30- to 45-day break in production normally encountered during a face move.

Mindset’s study noted that the most viable option would be to establish a 350 m walk-off, walk-on option longwall operation, particularly as longwall mining production costs can be up to R120/t less than what continuous miner production costs would be.

Additionally, longwall mining is a safer mining method, as fewer employees are exposed to typical underground safety hazards. Only one production face is required for workers and production equipment. One longwall face can produce the same volume of coal as ten continuous-miner sections while producing at significantly lower costs.

In due course, additional exploration, studies and determinations will be required to finalise the designs and plans for establishing the longwall.

He adds that longwall mining will impact on the existing mining plan, as the longwall would become the primary source of Sasol Mining’s yearly coal production.

Sasol Mining would, therefore, have to reconsider the production from its mines where continuous miners are used to ensure it integrates well with the longwall production profile.

The design, manufacture, delivery and on-site surface compatibility testing and underground commissioning of the specialised longwall equipment would require a lead time of about two-and-a-half to three years.

During this time, specialised and competent mining and engineering staff can be recruited and trained accordingly.

The staffing must be combined with a specific operational shift system to optimise longwall production time. The staffing requirements and shift system must also be defined within Sasol Mining’s current labour practices.

Van Eeden points out that it is imperative that the decision on longwall mining is done timeously to start the process as soon as possible. Mindset engaged with longwall mining suppliers during the study to determine the equipment recommended for this type of operation.

As the feasibility study was of a limited scope, additional work is required to firm up the financial costs associated with longwall mining.

Gissing concludes that Mindset completed the feasibility study on time and within budget, and that Sasol Mining has conveyed its satisfaction with the quality of Mindset’s work.