Strike would cripple gold industry, as many voice concerns 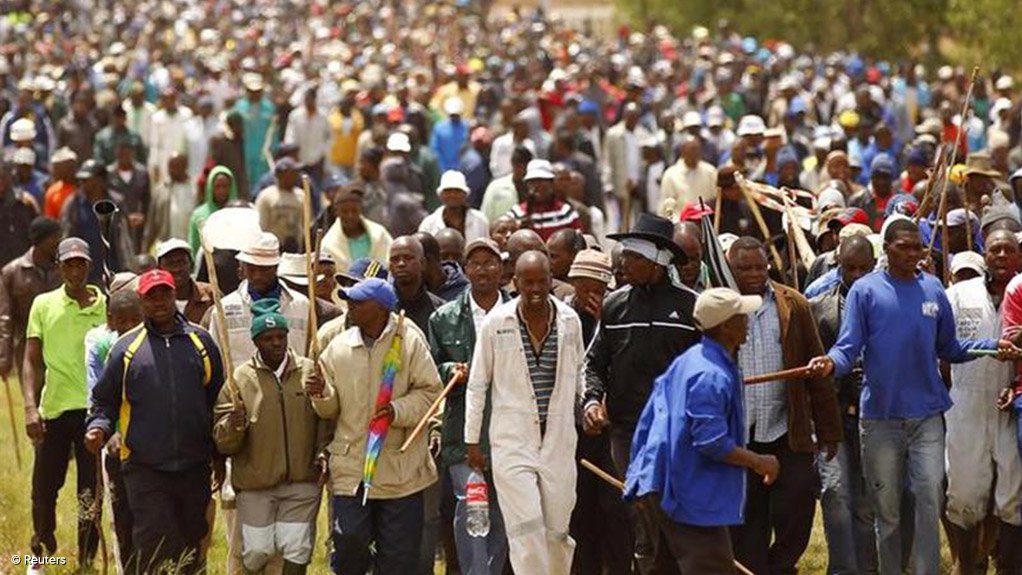 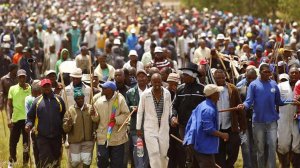 JOHANNESBURG (miningweekly.com) – As the Association of Mineworkers and Construction Union (AMCU) gear up to lead a strike in the gold and platinum mining sectors from Thursday, concerns are being voiced that labour unrest could unhinge an already strained industry.

As multiple mining majors brace for a strike, the Chamber of Mines (CoM) and Finance Minister Pravin Gordhan, besides others, raised their concerns over the turbulent labour market, with trade union Solidarity warning that the AMCU-initiated protected strikes could cripple the industry.

The Congress of the People labour spokesperson Diratsagae Papi Kganare said, while it recognised and respected AMCU’s constitutional right to strike, should the strike go ahead as planned, the South African economy “will suffer dire consequences”.

Government called for all parties involved in the current wage dispute to “engage in meaningful negotiations” to resolve the dispute and encouraged the “protest” to be within the confines of the law, acting GCIS CEO Phumla Williams said in a statement.

“As South Africa remains a destination for investment and business opportunities, government urges the parties to resolve their disputes promptly in the interest of the country’s economy,” she added.

By first shift on Thursday, it was expected that over 100 000 workers across the gold and platinum sector would down tools in the AMCU-led protected strike, with gold producer Harmony Gold’s Kusaselethu and Masimong mines, Sibanye Gold’s Driefontein mine and AngloGold Ashanti’s South Africa operations, as well as platinum producers Lonmin, Impala Platinum (Implats) and Anglo American Platinum (Amplats) being impacted.

The strike would also threaten the jobs and livelihoods of thousands of workers, as companies were likely to cut costs to survive the impact of strikes.

‘We are concerned about the job security of AMCU’s members as a strike in the gold mining industry could be unprotected and could put the future of thousands of mine workers and their families at risk,” Solidarity general secretary Gideon du Plessis said.

With many mines and shafts making a loss, a strike would further undermine the industry and potentially lead to “even more job losses and even some mine closures,” CoM chief negotiator Dr Elize Strydom said, pleading for workers to “stay at work and save our industry”.

CoM believed that the gold sector strike could be deemed illegal, despite a nonresolution certificate, and moved to halt the impending strike action in court. The mining companies would also seek compensation from AMCU for any damages resulting from any strike action.

AMCU, which had secured nonresolution certificates from the Commission for Conciliation, Mediation and Arbitration, had last year “boycotted” the gold sector negotiations and wage agreement between the CoM, Solidarity, the National Union of Mineworkers and United Association of South Africa.

“This gold mining agreement has been implemented since the end of September 2013 and all gold mine workers are already experiencing its benefits. It has also led to more stability in the gold mining industry, although numerous retrenchment consultations are still taking place,” Du Plessis explained.

Potential Divide
This comes as media reports indicate a possible division in AMCU that could derail the union’s strike plans, as members reveal their dissatisfaction at their leadership’s actions.

The recently formed Workers and Socialist Party (Wasp) on Monday called for democratisation and reorganisation of AMCU and the accountability of its leadership, on the back of concerns of key organisers and AMCU members at Implats, Amplats and Lonmin.

Wasp said at a press conference, attended by rank-and-file AMCU leaders from Rustenburg, that, on the back of these concerns, which included an alleged failure to organise basic democratic structures in Rustenburg that would give workers a “genuine” voice within their own union, talk of a split union had emerged.

“There are rumours that a new union has been founded in the mining industry out of the differences in AMCU … if this is the case, it is a confirmation of the erosion of support for the AMCU leadership in the short space of time they have led in the platinum belt,” Wasp said.

“They [AMCU members] did not lift AMCU out of obscurity only to capitulate to [AMCU president Joseph] Mathunjwa’s clique. Out of the strike these comrades and Wasp will demand the democratisation of AMCU and its reorganisation as a democratic and worker-led trade union.”